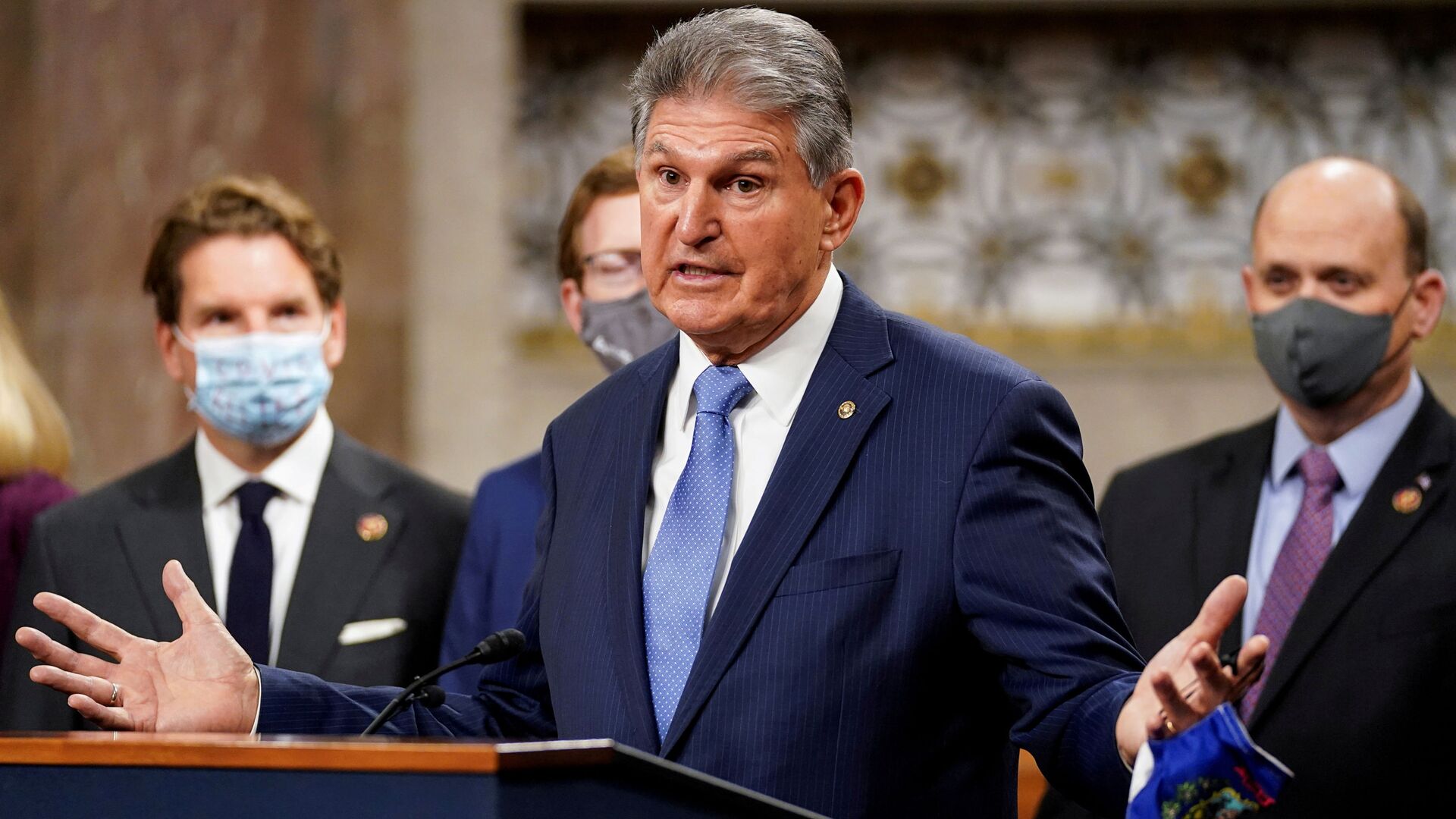 Evan Craighead
All materialsWrite to the author
With 50 Democrats and 50 Republicans in the US Senate, the 'For the People Act' - passed by a 220-210 party-line vote in the House of Representatives - will need the support of at least 10 GOP lawmakers. Earlier this month, Sen. Mike Lee (R-UT) slammed the proposed legislation, stating it is as if it was "written in hell by the devil himself."

Sen. Joe Manchin (D-WV) detailed in a Thursday news release that he believes Democrats need to rally bipartisan support for their S.1 'For the People Act' in order to halt the trend of "America's declining trust in the government and each other."

The bill, delivered to the Senate on March 11 and introduced by Sen. Jeff Merkley (D-OR) on March 17, calls for the nationwide implementation of same-day, automatic voter registration. It also seeks to ​conditionally restore the voting rights of felons and to limit gerrymandering.

"There are some legitimate concerns about the implementation of the For the People Act, especially in rural areas," Manchin wrote. He went on to say the "security and reliability" of US election infrastructure needs to be improved to thwart attacks from "foreign adversaries."

At the same time, the US National Intelligence Council release on the 2020 US general election detailed there were "no indications that any foreign actor attempted to alter any technical aspect of the voting process in the 2020 US elections, including voter registration, casting ballots, vote tabulation, or reporting results."

Manchin, a more moderate Democrat, has held strong in his opposition against the bill and recently claimed on NBC's "Meet the Press" that "I'm not going to change my mind on the filibuster."

The filibuster is a procedural mechanism that allows one, or more senators to stop a bill from reaching a vote on the Senate floor. Then, at least 60 senators must approve a cloture motion, which halts debate on the bill, to bring the proposed legislation to a vote. 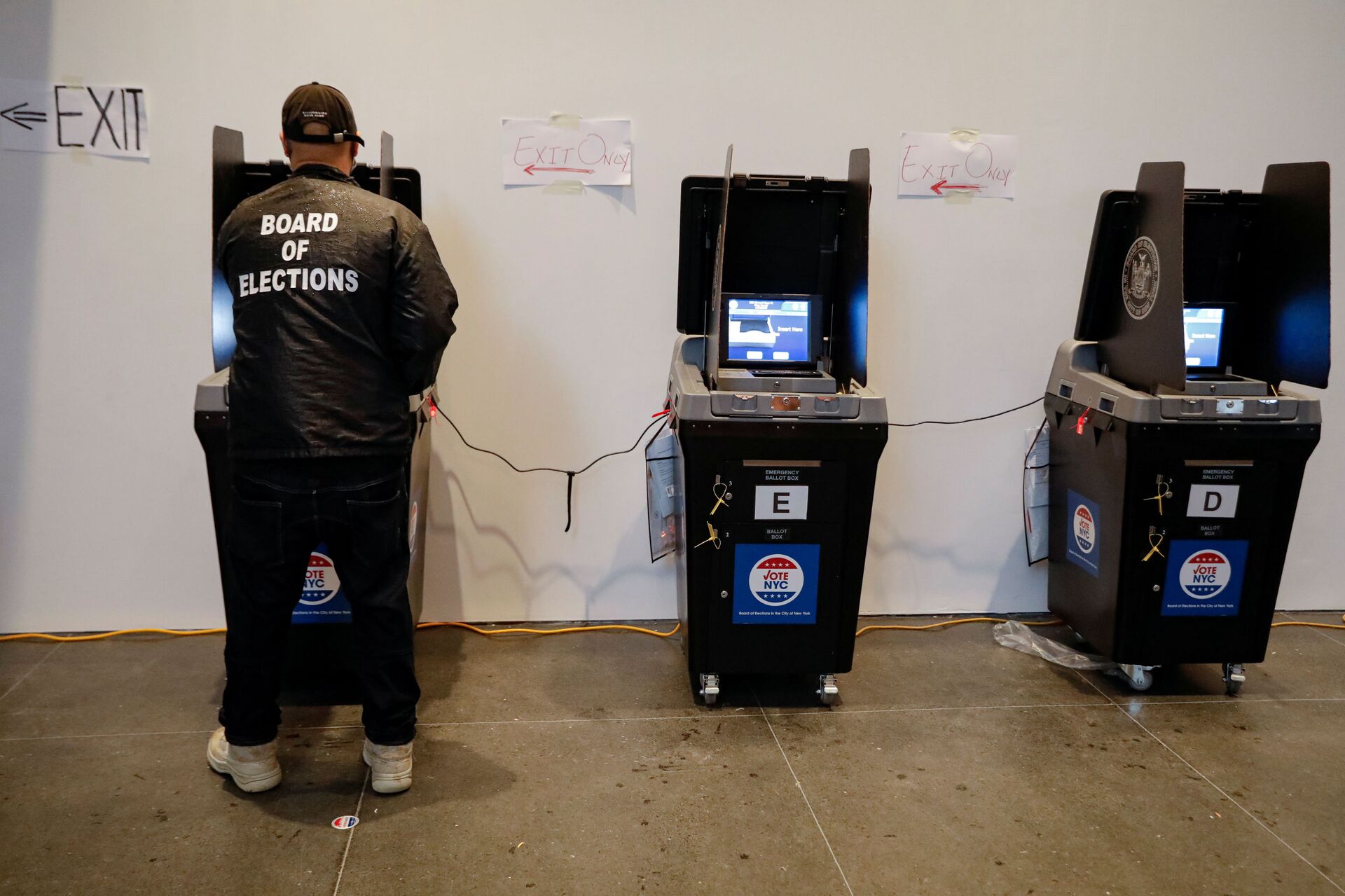 A Board of Elections employee cleans a voting machine during early voting at the Brooklyn Museum in Brooklyn, New York
© REUTERS / Brendan McDermid

He argued that it is imperative to listen to the "minority to make sure the majority is getting it right."

Other vocal opponents of the current 'For the People Act' draft include Sen. Lee, who, unlike Manchin, argued that "everything about this bill is rotten to the core."

The Republican lawmaker denounced the proposed legislation as an apparent "effort to ensure an institutionally, revolutionary-democratic party of sorts" and claimed the bill makes decisions on voting that have traditionally been left up to states, not the federal government.

Nevertheless, Senate Democrats and US President Joe Biden, a Democrat, continue to push the legislation as-is, and have also floated the idea of reforming the Senate filibuster.

On Thursday, Biden slammed the procedural mechanism as a "relic of the Jim Crow era," but stopped short of saying it should be completely done away with.

The US president has previously suggested senators should return to the "old days" of filibusters, which require the individual to "stand up and command the floor" because "you had to keep talking" and voice your concern.