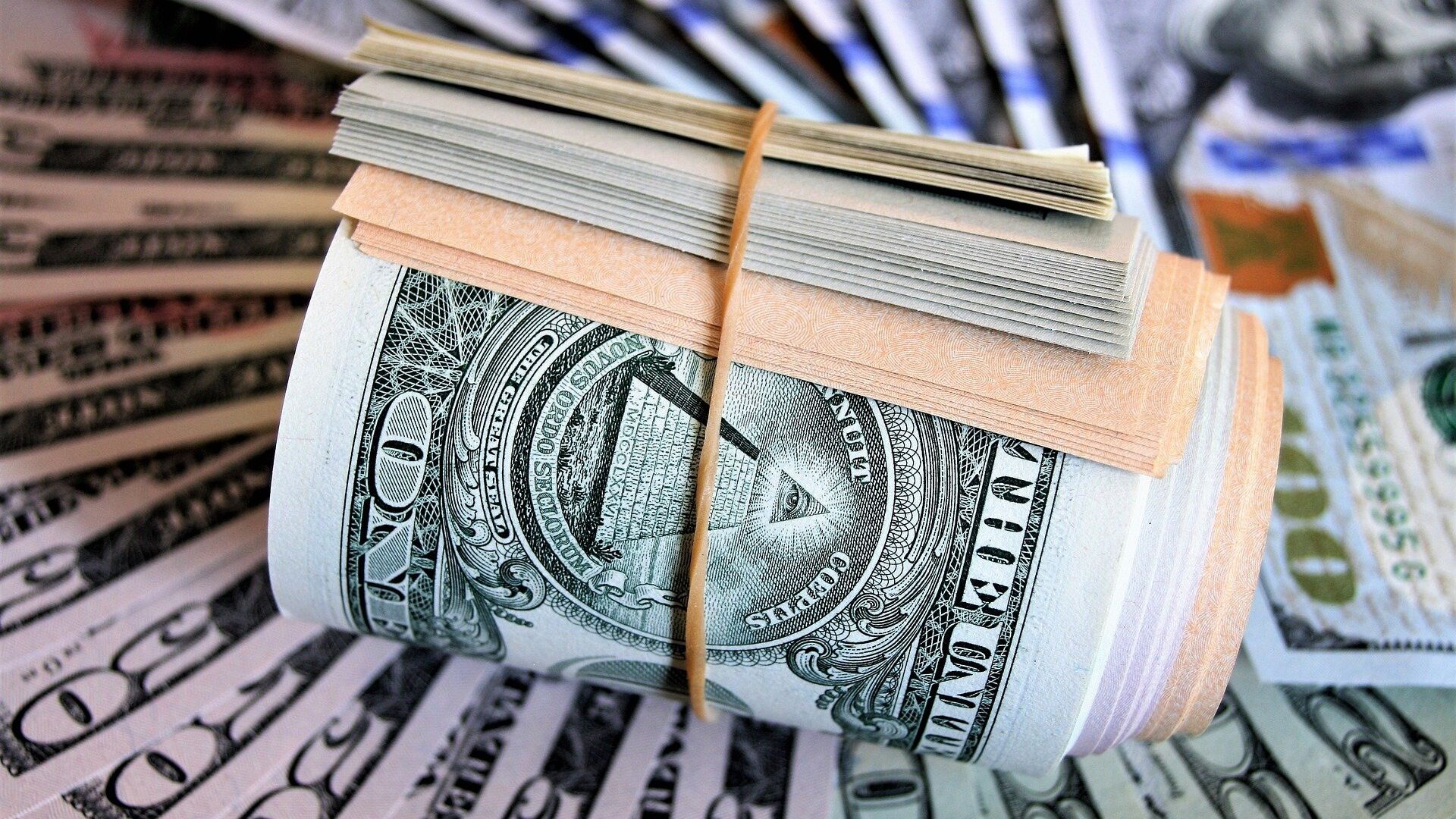 Ekaterina Blinova
All materialsWrite to the author
As Washington is increasing sanctions pressure on its geopolitical competitors and using the US dollar as an instrument to promote its political agenda, China, Russia, Turkey, and Iran may need to come up with a new international currency to counterbalance the greenback's hegemony, a Turkish economist suggests.

Moscow and Beijing need to reduce sanctions risks by bolstering their technological independence, by switching to payments in their national currencies, and global currencies that serve as an alternative to the dollar, Russian Foreign Minister Sergei Lavrov underscored on 22 March during his two-day visit to China.

This is not the first time that Russia has called for fleeing the dollar and switching to national currencies: in July 2019 the two countries signed a deal to settle bilateral trade in their respective currencies, while in October 2019, a similar agreement was struck by Moscow and Ankara. A month earlier, the Central Bank of Iran (CBI) announced that the Islamic Republic and Russia had agreed to carry out all financial transactions with domestic money, adding that about 30% to 40% of mutual trade between Iran and Turkey had been settled in liras and rials and the rest in euros.

"[China, Russia, Turkey, and Iran] have started to gradually change the existing financial order under which the United States is imposing its interests on the whole world", notes Bartu Soral, former programme manager with the United Nations Development Programme (UNDP), development economist, and writer. "This is a correct, necessary, and logical step. Of course, the US is trying to 'punish' [these countries] with sanctions for the fact that these countries opposed the system".

The Bretton Woods monetary system, created after the Second World War, gave the dollar the status of an international reserve currency, explains the economist, adding that this allowed the United States to exert pressure through the dollar and manage financial flows around the world.

In 2017, the total volume of world trade was $74 trillion, while the total volume of financial transactions reached $1.27 quadrillion which means that the volume of financial transactions exceeds the scale of the real sector by 18 times, according to Soral. What's more interesting is that 75% of these transactions are made in dollars either in London or in New York: "This system is divorced from production and does not provide employment, enriching a handful of monopolists who control major financial flows", the economist says.

"In order to destroy the US-led unipolar system, due to which [the US] has driven the world to the edge of chaos, confrontation, and poverty, it may be necessary to create a new single international currency that the aforementioned countries could use along with their own national currencies", believes the Turkish economist.

When it comes to Turkey, it definitely needs to get out of the US-led financial structure in order to bolster production, employment and, consequently, the economic well-being of the country, according to Soral. 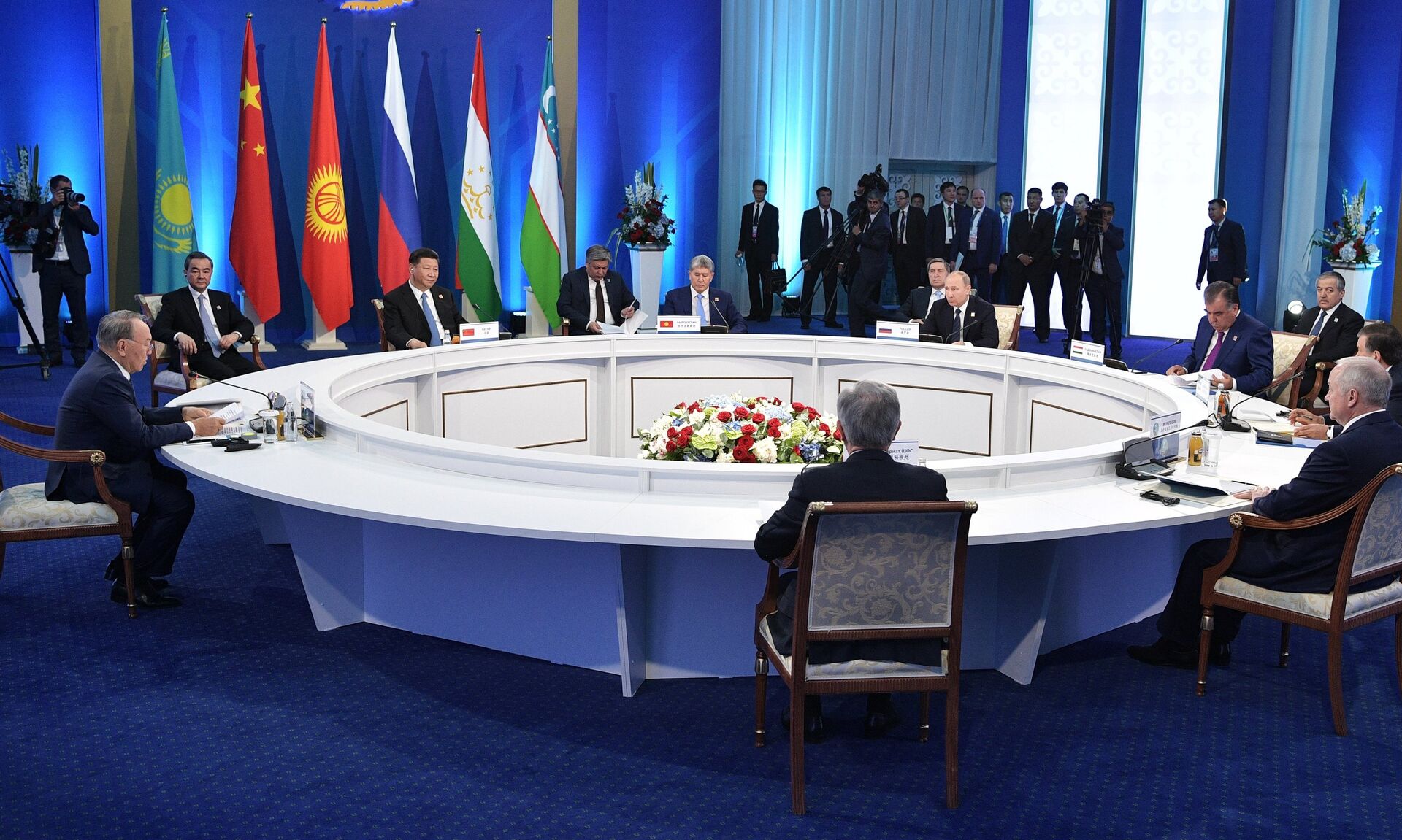 Meeting of the Council of Heads of State of the Shanghai Cooperation Organization (SCO).
© Sputnik / Alexei Nikolskyi
/
Go to the photo bank

China is now pushing ahead with the internationalisation of the yuan in the countries participating in the Beijing-led Belt and Road Initiative (BRI). Besides this, the People's Republic has come up with a digital yuan project that could one day challenge the dollar's hegemony in global trade, according to the Financial Times.

During its presidency of the eight-member Shanghai Cooperation Organisation (SCO) in 2020, Russia actively advocated the development of an ecosystem for payments in national currencies within the bloc, according to VEB.RF, a key Russian development institution, who assumed the role of chairman of the SCO Interbank Consortium for this period. Together with four observer states, the SCO bloc accounts for approximately half of the world's population and a quarter of the world's GDP.

For its part, the BRICS's New Development Bank, is also seeking to focus on local currency lending. In August 2019, the Financial Times quoted the organisation's bankers as saying that although NDB had mainly relied on its dollar paid-in capital for funding, "50 percent [of projects] should be local currency financed" in the future. Delivering a speech on 20 April 2020, the president of the bank, K.V. Kamath, noted that a quarter of the $15 billion in financial aid given in 2019 was in national currencies.