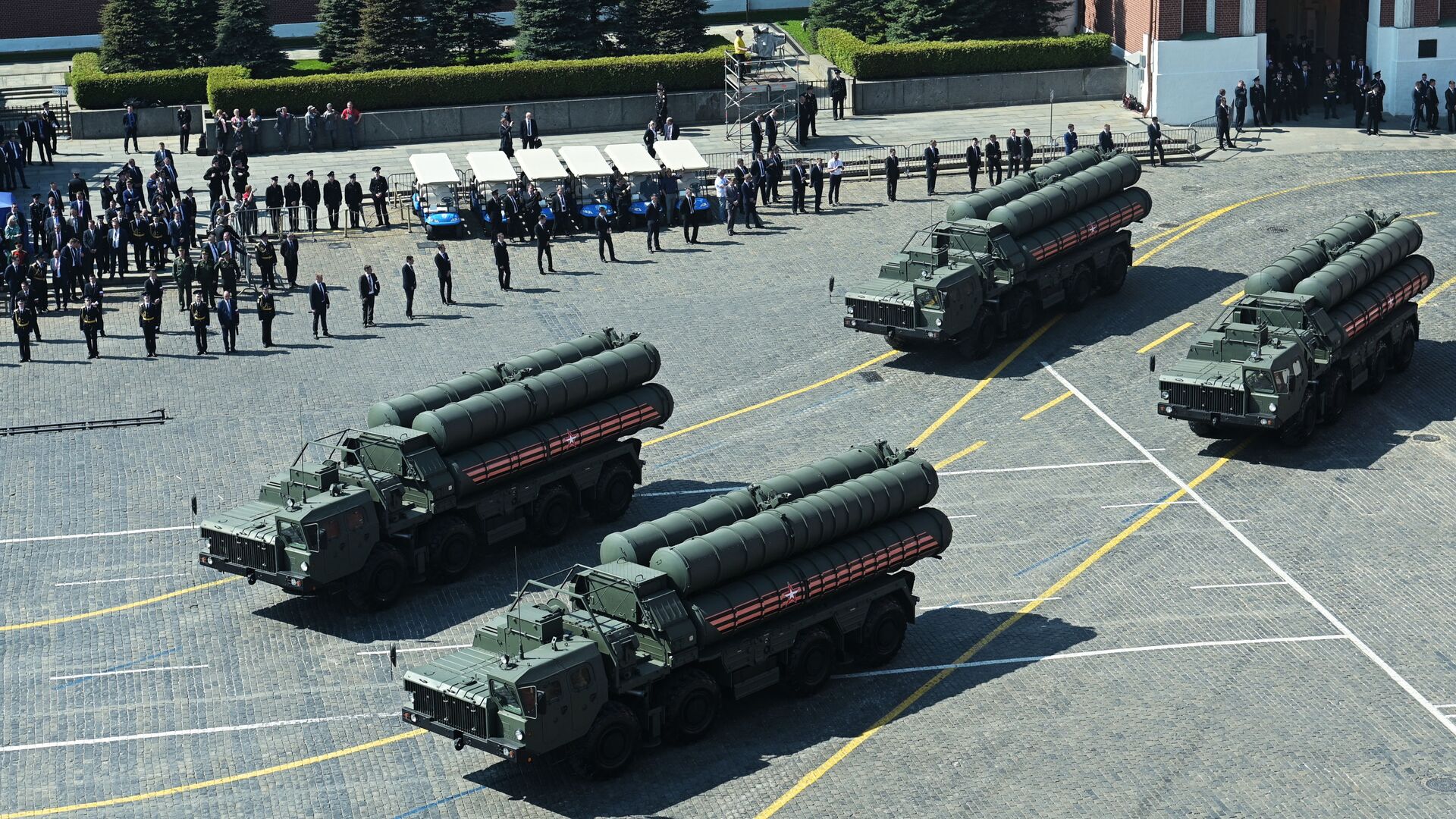 Ilya Tsukanov
All materialsWrite to the author
The S-400 is the most advanced road-mobile air-defence system in Russia’s arsenal, capable of shooting down everything from enemy aircraft and drones to ballistic and cruise missiles at ranges between 40 and 400 km. The system continues to receive upgrades, even as the military prepares to take delivery of its next-gen successor, the S-500.

The keys to the S-400’s deadliness are its versatility and ability to take on multiple targets simultaneously, independent US-based media outlet 19fortyfive suggests.

In a recent piece for the news site, military observer Peter Suciu reported on planned air defence drills by another Russian air defence forces unit taking delivery of a batch of S-400s, explaining that the exercises, which are set to include live-fire drills, would continue through mid-April.

“Russia’s S-400 ‘Triumf’ – NATO reporting name: SA-21 Growler – is the latest in a series of long-and medium-range surface-to-air missile systems, and it first entered service in 2007. The S-400 was designed to destroy aircraft, cruise and ballistic missiles, while it can also be used against ground installations. Its missiles can also engage targets at a distance of up to 400 km and at an altitude of up to 30 km under intensive enemy fire,” Siciu writes.

The observer points out that even as Russia has sought to arm its air defence troops with S-400s, the system has also been exported –first to China and Belarus, and to Turkey and India. The exports have proceeded despite the threat of US sanctions.

Siciu also accuses Russia of using the missile system as an “economic warfare tool” to drive a wedge in relations between the US and Turkey. Ankara declined to halt purchases of S-400s despite pressure from Washington, eventually being kicked out of the F-35 fighter programme and getting slapped with sanctions.

China Wins in the End: Turkey Warns US About Unforeseen Consequences of Pressure Over S-400 Purchase
As S-400 maker Almaz-Antey continues to work on the system’s successor – the S-500, even as the existing systems continue to receive upgrades, including the capability to simultaneously deploy a variety of missiles to provide for both long-range strike capability and highly accurate short-range defence using autonomous homing missiles.

Since deliveries began in 2007, Russia has amassed at least 71 battalions of S-400s, with launchers and other components divided into 34 regiments, for a total of 560 launchers. Russia also has 125 battalions of the older S-300 totaling over 1,500 launchers in its inventory, with these systems also getting upgrades.

Last year, Russian Deputy Defence Minister Alexei Krivoruchko reported that military testing of the S-500 was under way, and that the first batch of the system would be delivered in 2021, with full-scale production scheduled for 2025. The S-500 is expected to have a range of 400-600 km, and to be capable of destroying hypersonic missiles in near-Earth space.