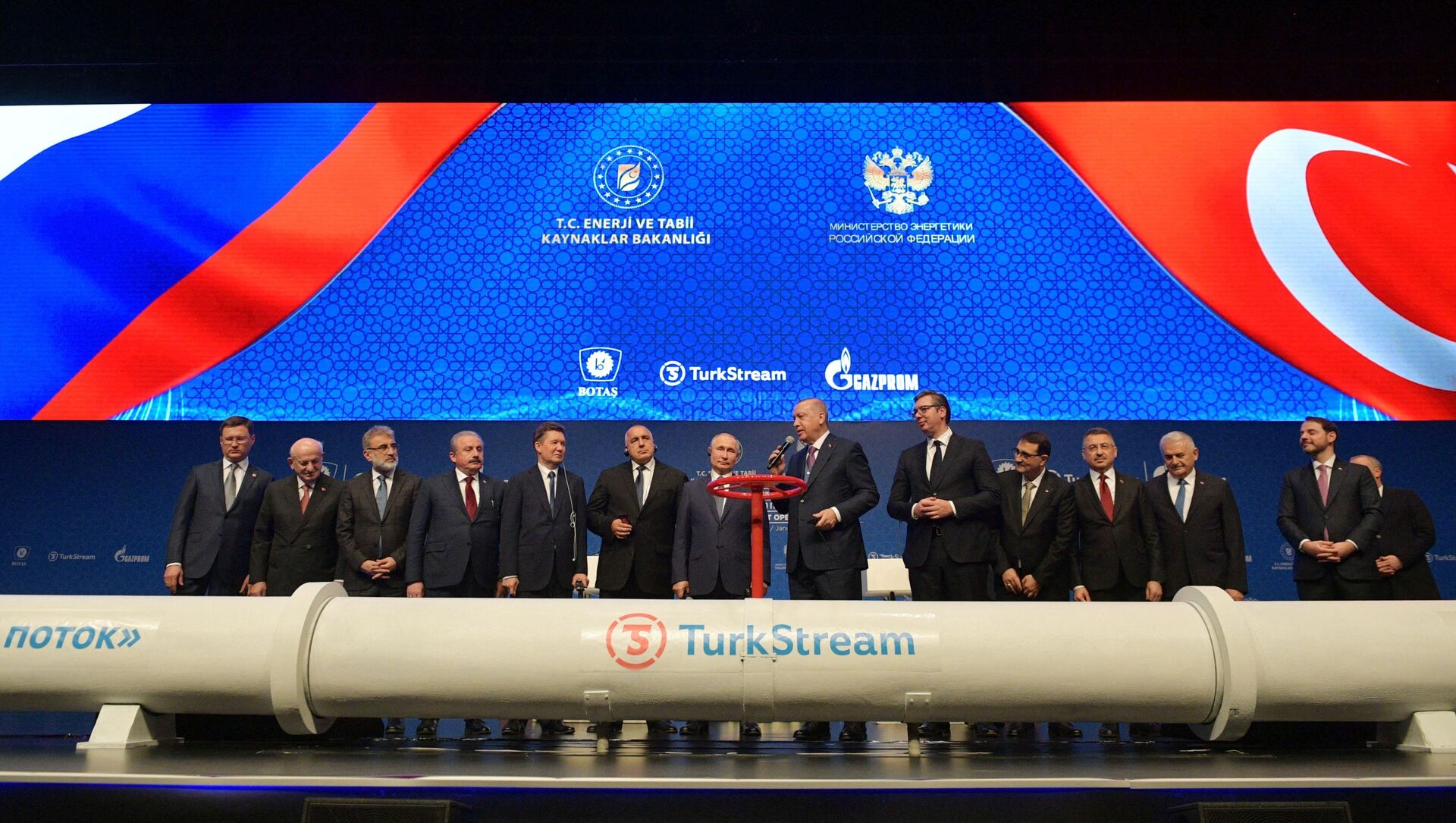 "The TurkStream gas pipeline has reached Serbia, and we are interested in the pipeline reaching BiH, as well. We must not miss this opportunity, we need to deliver gas to different cities of our country," Dodik, who is currently visiting Turkey, said at a press conference after holding talks with Turkish President Recep Tayyip Erdogan.

Erdogan, on his part, made assurances that Ankara saw no obstacles in the construction of the TurkStream pipeline in BiH.

"As per the agreement with Russia, the TurkStream pipeline will stretch alongside a motorway that will also be built, and we will ensure the supply of gas to you," the Turkish president said.

In 2014, Russia’s Gazprom and Turkish Botas Petroleum Pipeline Corporation signed a Memorandum of Understanding on building the pipeline. The TurkStream project consists of two lines, each capable of transporting 15.75 billion cubic meters (556 billion cubic feet) a year, with its first leg delivering gas to Turkish consumers and the second to Southern and Southeast Europe. The project was launched in January 2020.