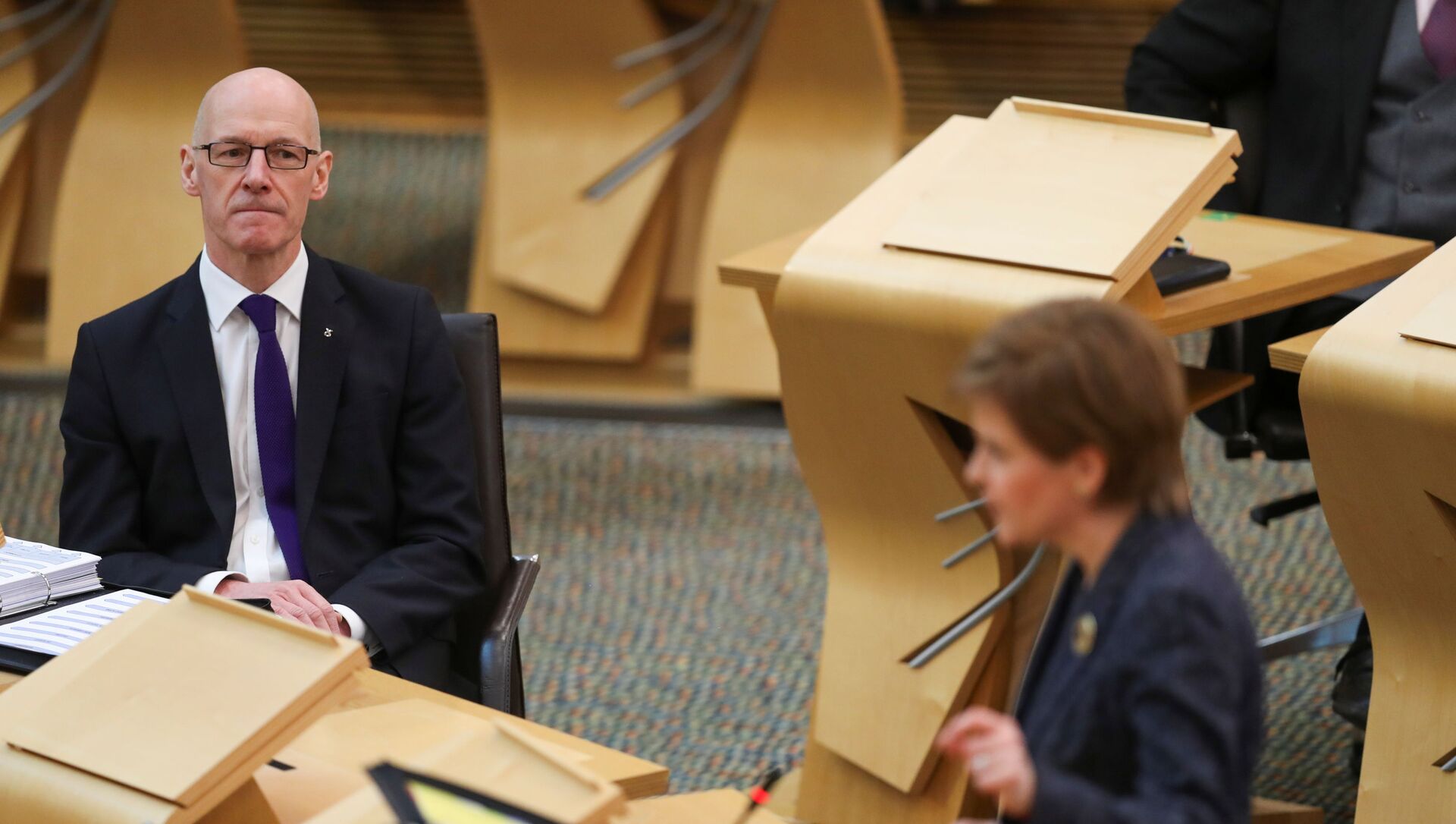 James Tweedie
All materialsWrite to the author
Scottish Deputy First Minister John Swinney survived a no-confidence vote in the Scottish parliament last week over his repeated stalling of requests for evidence in the inquiry into his government's pursuit of its former leader Alex Salmond over since-disproved sexual misconduct claims.

Scotland's Deputy First Minister has claimed he only learned of three-year-old sex pest claims against his party's Westminster whip when they hit the headlines last week.

He said the allegations against Grady “are being explored and examined and investigated” by the party.

The Scottish Herald reported last week that SNP Westminster staff had written to then-Parliamentary speaker John Bercow in December 2017 and early 2018 to complain about Grady's behaviour at the Phoenix Artist Club, in the Soho district of London's West End on December 15 2016. The authors accused the SNP of covering-up the incident.

That incident was linked to revelations from a male SNP staffer who told the Daily Record that two SNP MPs, a man and a woman, had sexually harassed him on separate occasions but that the party had "swept this under the carpet". The male MP had groped the young man at the Water Poet pub in London's East End in 2016, when he was just 19.

A senior SNP source told the Sunday Post newspaper that Salmond raised concerns about Grady's behaviour to Sturgeon at the April 2 2018 meeting at her home, where they discussed sexual misconduct claims against Salmond. The source said the first minister appeared to be already aware of the allegations.

“During their meeting, Alex discussed with Nicola an ­allegation made against Patrick Grady" the anonymous source said. "It did not seem to come as a surprise to her."

"The party was undoubtedly aware of these claims for some time, so why was an investigation only launched years later?” they asked.

At her daily press briefing, Sturgeon appeared to admit she knew of the accusations before they became public.

"A formal investigation under way, we have for the first time had a formal complaint. I would have had an awareness previously of a concern but I am not going to say more than that because due process requires an investigation takes its course,” she said.

A Holyrood inquiry into the conduct of Sturgeon's government over the Salmond allegations is still ongoing.

Opposition parties have demanded the first minister resign over claims she misled the Scottish parliament and wasted taxpayers' money in the devolved administration's failed bid to condemn Salmond through an internal probe, which a judge ordered ended over "apparent bias" and a criminal trial that saw the former first minister cleared of all charges.

Swinney survived a vote of no confidence last week over his repeated stalling of requests for evidence to the inquiry.

Swinney also could not say when the probe into sexual misconduct by former SNP finance minister Derek MacKay would conclude. MacKay was forced to resign after he stalked a 16-year-old boy by sending him hundreds of online private messages, many of a sexual nature.

“I can’t share those details with you because I don’t hold an office in the Scottish National Party, so I’m not close to these decisions within the party," the deputy first minister claimed.

Scottish Government Pressed Salmond Aide to Change Testimony to Sturgeon Conduct Probe
MacKay is still receiving his salary as a member of the Scottish Parliament, but has not appeared at Holyrood nor carried out constituency work since his resignation.

Swinney claimed he “has no locus” over the disgraced minister's refusal to resign his seat, insisting it was a “matter for Derek Mackay to determine and to resolve”.

The Scottish Conservatives, Holyrood's main opposition party, took the opportunity to reel off some of the list of SNP scandals under Sturgeon's leadership.

​New Scottish Labour leader Anas Sarwar announced over the weekend that he would challenge Sturgeon for her Glasgow Southside seat in the May Scottish parliament election. Victory for Sarwar would dethrone the first minister.