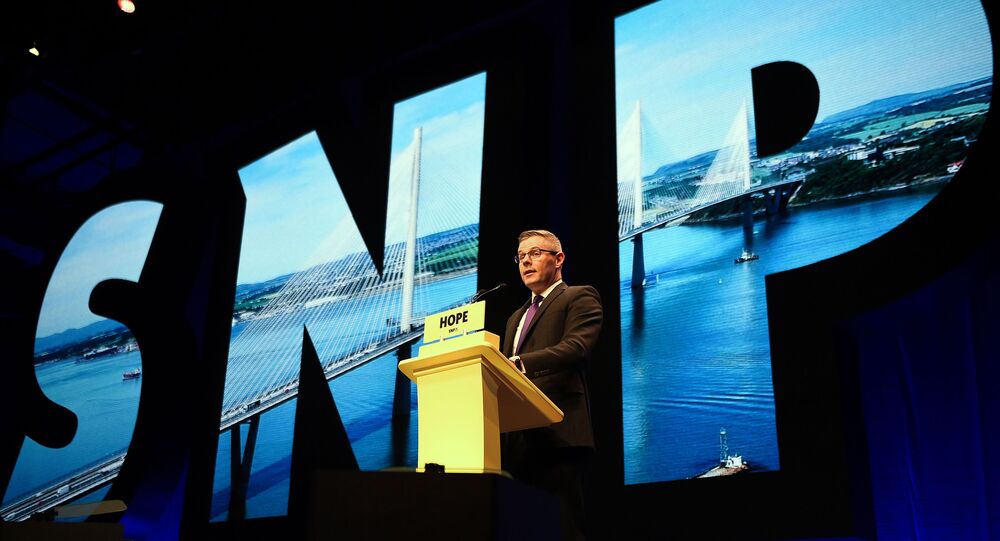 Earlier, the Scottish Sun reported that Scotland’s finance secretary Derek Mackay had sent 270 private messages to a 16-year-old boy on Instagram and Facebook over the course of six months.

Derek Mackay has resigned after claims emerged that he had sent inappropriate messages to a schoolboy, according to the BBC.

"I take full responsibility for my actions. I have behaved foolishly and I am truly sorry,” Mackay said as quoted by the Evening Standard.

"I apologise unreservedly to the individual involved and his family. I spoke last night with the First Minister and tendered my resignation with immediate effect,” he added.

Derek Mackay says he takes "full responsibility" for his "foolish actions" - "I apologise unreservedly to the individual involved and his family". He is "sorry to have let colleagues and supporters down".

​Earlier, the Sun published a series of messages allegedly sent to the boy by Mackay.

According to the newspaper, he contacted the teenager over a six-month period, and offered to take him to a rugby game and out to dinner.

The accusations appeared as Derek Mackay prepared to disclose the Scottish Government's budget for the next year.