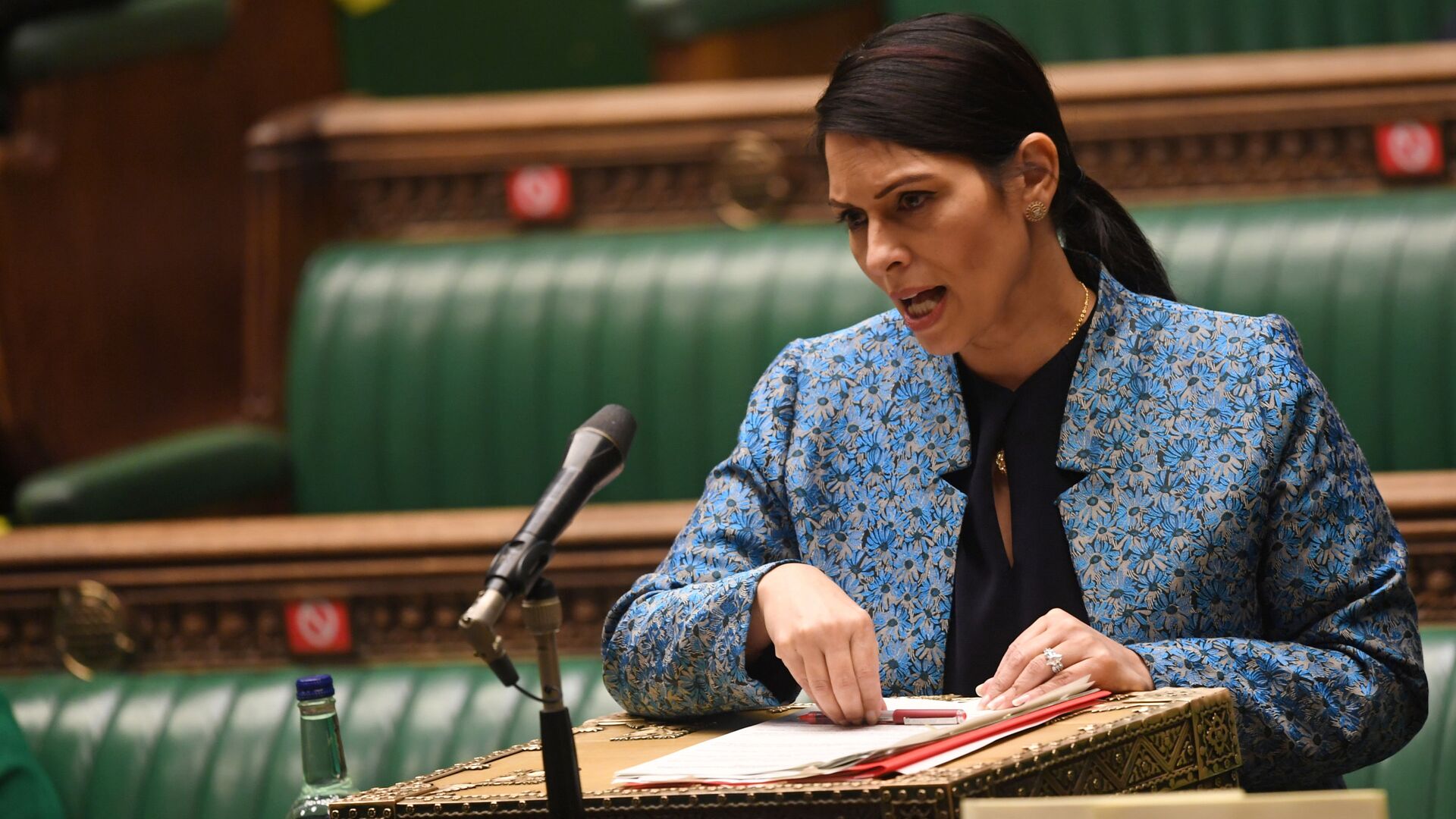 James Tweedie
All materialsWrite to the author
Labour leader Sir Keir Starmer made a U-turn on the Police, Crime, Sentencing and Courts Bill over the weekend, whipping his MPs to oppose it rather than abstain following outrage over a police crackdown on a vigil in memory of murdered London woman Sarah Everard.

Britain's Home Secretary and Prime Minister have hit back at Labour's new-found opposition to its crime legislation — accusing it of putting women at risk.

Priti Patel and Boris Johnson both accused the opposition party of trying to block new measures to stop the "half-way release" of sex offenders — as thousands of women gathered outside Parliament on Monday in protest at the murder of Sarah Everard by a police officer.

The Police, Crime, Sentencing and Courts Bill will "end the half-way release of those convicted of sexual offenses such as rape," Patel said at the start of the Commons debate on the legislation set to be voted on on Tuesday.

"Instead, under our law, vile criminals responsible for these terrible crimes will spend at least two-thirds of their time behind bars," the Home Secretary said, adding the bill would make it easier to punish "abuse of positions of trust".

​The bill will also include the so-called "Kay's Law" to allow authorities to set bail conditions on suspects who have not yet been formally charged. Sunderland woman Kay Richardson was murdered by her estranged husband in 2019 just weeks after he was arrested on suspicion of beating and raping her.

"I note the opposition will today be voting against these crucial measures," Patel said.

Shadow home secretary Nick Thomas-Symonds repeated fellow Labour MP Jess Phillips' assertion on Sunday that the bill would do more to protect statues than women, saying it "contains the word 'memorial' 8 times and fails to include the word 'women' once", comparing the proposed maximum 10-year sentence for vandalising war memorials to the five-year minimum sentence for rape.

Labour Leader Sir Keir Starmer, who has faced increasing criticism for whipping his MPs to abstain on controversial government legislation, changed tack following a weekend of protests over Everard's killing.

Johnson, on a visit to a bus station in Coventry, told the BBC: "I hope everybody will support this bill tomorrow," adding that it "goes much further in toughening sentences for rapists, for stopping teh early release of serious sexual and violent offenders and it takes some new tough action against domestic violence."

Picking up on widespread criticism of the heavy-handed policing of Saturday's vigil for Everard on London's Clapham Common, the scene of her kidnapping, Tory backbencher Sir Charles Walker pointed out that that it was Parliament that voted for emergency measures outlawing large gatherings and protests during the COVID-19 pandemic.

Is It a Fair Cop? Why Campaigners and Activists are So Angry About Priti Patel’s New Policing Bill
​Metropolitan Police Commissioner Cressida Dick, appointed in 2017 by Labour London Mayor Sadiq Khan with the approval of former home secretary Amber Rudd, has faced calls to quit over her crackdown of the event attended by Prince William's wife the Duchess of Cambridge. Trust in the force has also taken a knock after Metropolitan Police officer Wayne Couzens was charged with Everard's murder last week.

Dick is no stranger to controversy, having given the orders that led to the fatal police shooting of Brazilian immigrant Jean-Charles de Menezes after he was misidentified as a suspect in the July 2005 London Transport bombings.

On Sunday's Andrew Marr programme, Phillips declined to say whether Dick show resign. Instead the MP called for misogyny to be outlawed as a "hate crime", arguing it would allow her to prosecute YouTube personality Carl Benjamin, AKA Sargon of Akkad, for his insults against her in 2019 — after she mocked calls for an annual men's day to highlight the high rate of male suicides.