Will 'Frexit' Signal the ‘Beginning of the End’ of the European Union? 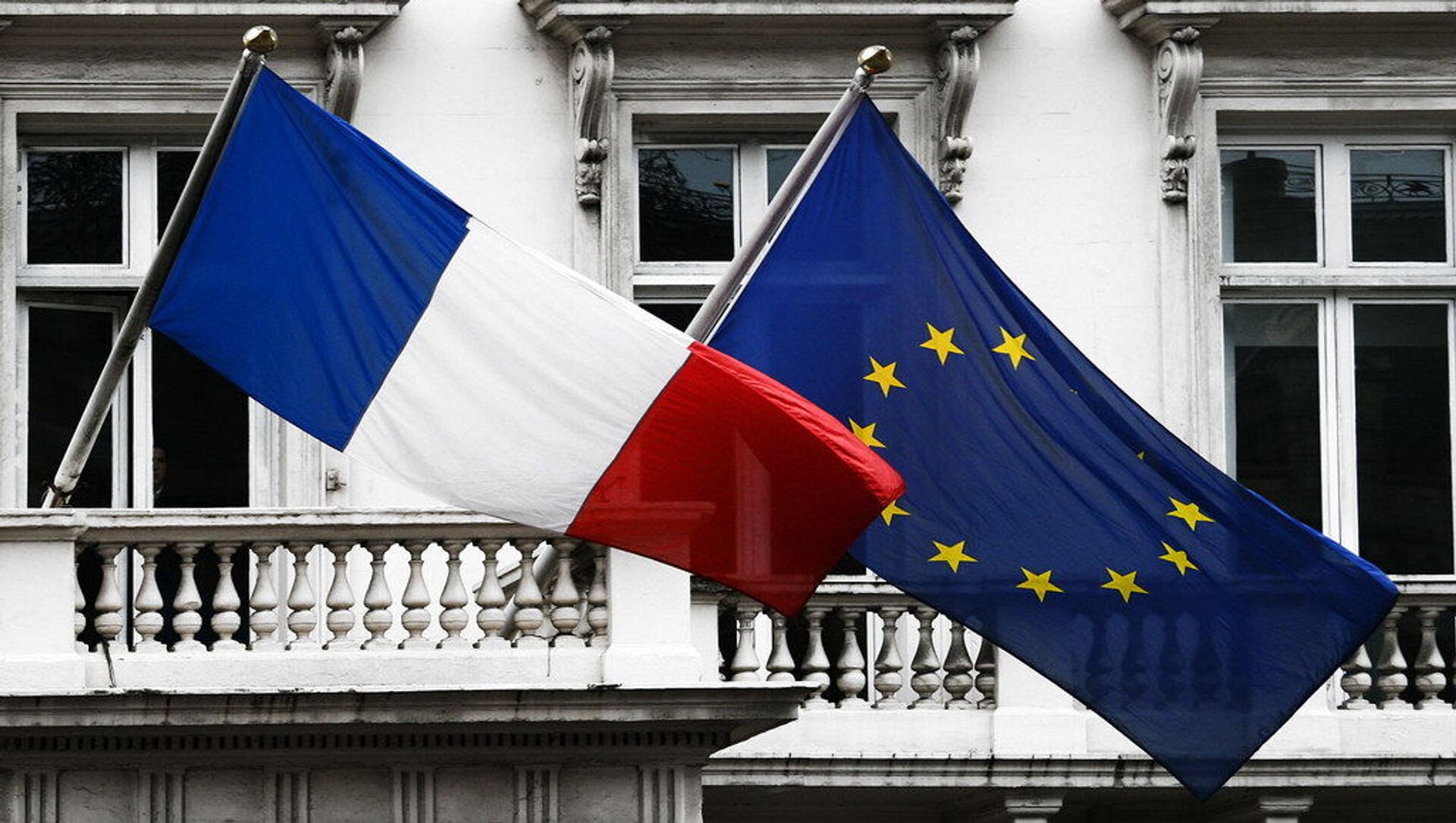 Svetlana Ekimenko
All materialsWrite to the author
Following Britain's exit from the European Union, the eurosceptic movement in France, criticizing European integration and raising the possibility of the country’s opting out of the bloc, was aptly dubbed Frexit and has since gained some momentum.

The currently ongoing COVID-19 health crisis has once again highlighted the deep inherent dysfunctions of the European Union (EU), claims analyst Laurent Herblay in an article for Le Figaro.

According to the writer, who has also been running the “free Gaullist” blog since 2007, an inadequate bureaucracy has been paralysing political action, without ever serving the citizens.

​For its staunch proponents, says the author, the EU was perceived as an ever closer, larger union which should be wielded to defend nations, protecting them from crises. However, the reality of Brexit, which saw the UK part ways with the bloc, and the health crisis triggered by the coronavirus pandemic pulverised these arguments.

The pandemic raised awareness of the unfortunate consequences of the EU, says Herblay.

It glaringly revealed that the continent was the victim of ‘industrial desertion’, with practically no more local production of masks, and a large proportion of pharmaceutical production now located in Asia.

“Up to 80 percent of the active ingredients are produced outside our continent,” notes the analyst.

The situation is all the more appalling, he writes, as the country where the epidemic originated - China – has since benefited from the situation by massively boosting its production and export of medical products in 2020 to meet the demand of all the other countries.

At this point, Laurent Herblay points the finger of blame at the EU, claiming it negotiates trade agreements which allow these ‘relocations’ and refuses to support European trade preferences.

A year ago, we still thought France had an enviable health care system, says the analyst, however, the crisis has cruelly exposed the consequences of cuts made throughout the past years.

In 2019 warnings had been voiced that budget cuts, a government reduction in the number of beds and a serious lack of medical staff were leading France’s world-class health system to the brink of collapse and putting patients’ lives at risk.

Here again, the European Union is held responsible by the blog author, who denounces the EU recommendations to reduce healthcare costs in a never-ending race to boost the competitiveness of its member states.

​Applauding the USD 1.9 trillion COVID-19 support package - the largest fiscal stimulus package in US history – the author stressed that the European response has been a 'miserly' 300 billion euros ($323 billion) in state aid to alleviate the economic burden of the pandemic.

Laurent Herblay also condemned the EU ‘vaccine fiasco’. He says that the successful coronavirus vaccine rollout of the UK demonstrates the EU's complete failure to meet the challenge, he says, despite experts having recklessly proclaimed a year ago that Brexit would weaken Britain's vaccine strategy.

“The EU has been so slow and bad in its negotiations that a growing number of European countries are starting to bypass it and obtain supplies from Russia or China,” he writes.

The UK was derided by many in the EU for failing to accept an invitation from Brussels and opting to ‘go it alone’.

However, the bloc's vaccination procurement scheme has so far failed to deliver, with EU countries lagging significantly behind Israel, the UK and the US in administering jabs.

“What remains of the arguments of the supporters of the EU?”, asks the writer.

He claims that the EU, while failing to offer protection from any financial, economic or health crisis, has not allowed the nations within the bloc to build anything.

He complains that the European continent is merely a ‘market for US multinational companies or China’, with Washington continuously ‘imposing its will, fining our companies or pulling out of the Iran nuclear deal as it pleases’.

The EU, concludes the author of the blog, is just an additional and inadequate bureaucracy that paralyses and distracts us, without ever helping us.

In short, the author maintains that if there has never been a majority of French people wanting to leave the Eurozone, the crisis-riddled past few months have ‘poured water to the mill’ of those who urge an exit from the bloc.

Albeit difficult, leaving the EU is now feasible, as Brexit demonstrated, concludes the analyst.

In February, French politician, and Frexit campaigner Charles-Henri Gallois suggested that France or Italy would be next in line to follow in the footsteps of Great Britain and exit the EU.

In an interview with Martin Daubney on the Facebook programme "Brexit Unlocked", Gallois argued that the two nations were "more interested to leave the euro currency and to leave the European Union", adding that "we are definitely trying to remove Europe from each country".

​A politician for the Les Patriotes party, Florian Philippot, claimed leaving the EU was like "leaving prison".

Across the bloc, anti-EU forces in France, Spain and Italy have been urged to form a new Brexit-style political party.

However, the arguments of those supporting Frexit have been slammed by critics. Tory MP Sir John Redwood has claimed it would be "unthinkable" for France to leave the bloc.

"In France, there is obviously a challenge to the EU project. But so far all the parties that want to stay in the EU have had more numbers and votes and France has continued to support it. It is almost unthinkable that France would want to leave because France and Germany are the main drivers, the central axis of the European Union project," the politician was quoted by UK media as saying.