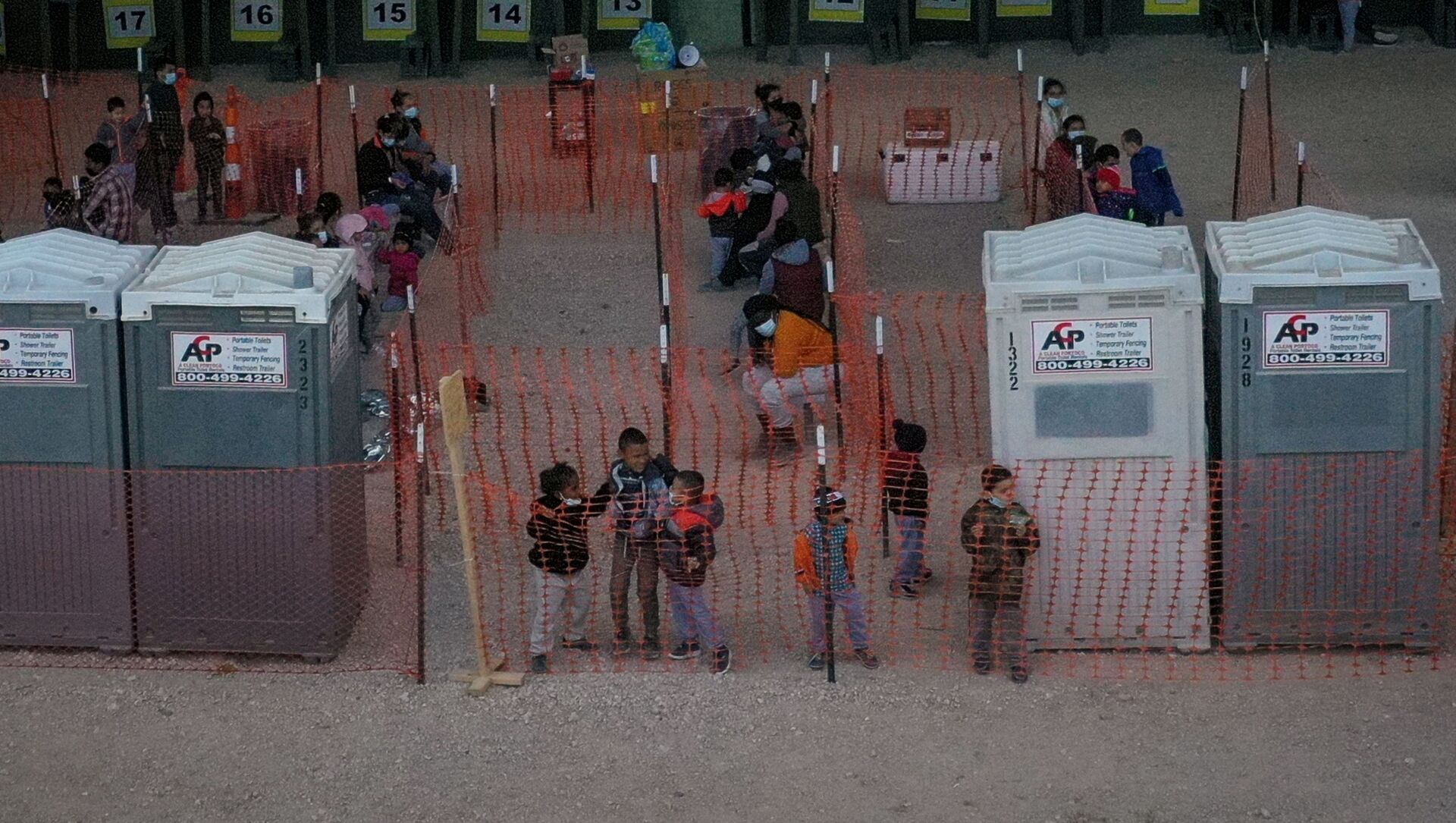 © REUTERS / ADREES LATIF
Subscribe
International
India
Africa
Alexandra Kashirina
All materialsWrite to the author
The Biden administration has been criticized for a concerning situation at the US southern border in which the resources of the US Border Patrol and the Customs and Border Protection are overwhelmed by an ever growing number of migrants arriving from Central America.

The secretary of the Department of Homeland Security, Alejandro Mayorkas, has directed the Federal Emergency Management Agency (FEMA) to assist with a growing number of migrant children detained at the border. For 90 days, FEMA agents will help “to safely receive, shelter, and transfer unaccompanied children who make the dangerous journey,” according to the department’s official statement, issued on Saturday.

“The federal government is responding to the arrival of record numbers of individuals, including unaccompanied children, at the southwest border. Since April 2020, the number of encounters at the border has been rising due to ongoing violence, natural disasters, food insecurity, and poverty in the Northern Triangle countries of Central America,” the statement reads.

An estimated 30,000 unaccompanied migrant children crossed the US border and have been put on a register since the beginning of this year alone. Nearly 8,800 have been lodged temporarily at federal care facilities, which are reportedly running out of space. According to Axios, it is expected that nearly 13,000 unaccompanied adolescents from Central America could cross the US border in May.

On 10 March, the US administration revived a program to reunite Central American children with parents who have legal residence in the US, in order to provide a safe alternative for migrant children, considering the risky path through the southern US border.

The White House does not consider the situation at border a crisis, although there has been criticism for easing restrictions for migrants during the process of a total phase-out away from the stance of the former US president, Donald Trump, who decreed a “zero tolerance” policy toward families seeking to cross into the US.