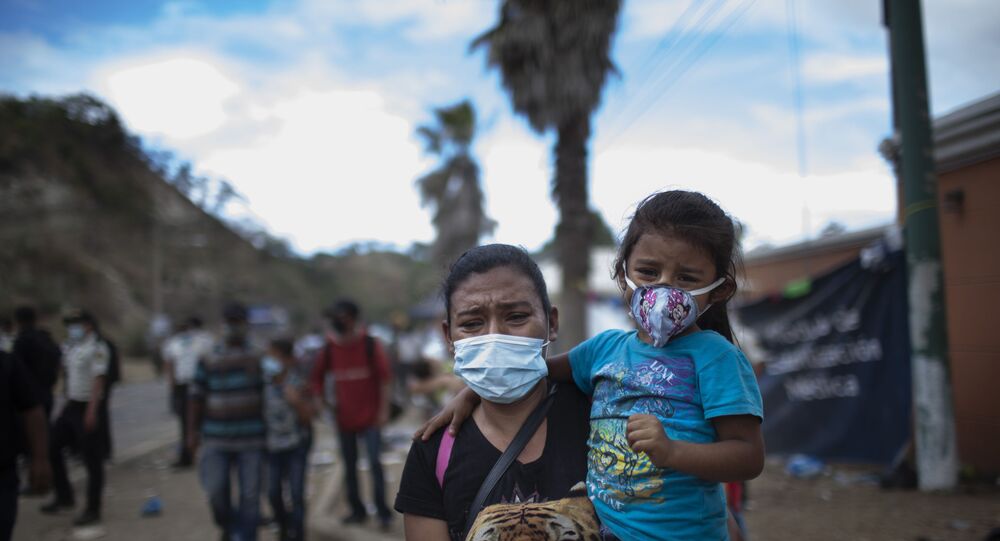 US Revives Programme to Reunite Central American Children With Parents

WASHINGTON (Sputnik) - The Biden administration is reviving the programme to reunite Central American children with their parents who are legally residing in the United States, the State Department said on Wednesday.

"We are expanding legal pathways to enter the United States by reopening the Central American Minors (CAM) program. As directed by President Biden, the Departments of State and Homeland Security (DHS) have initiated the first phase of reinstituting and improving the CAM program to reunite qualified children from El Salvador, Guatemala, and Honduras with their parent or parents who are lawfully present in the United States", the State Department said.

The CAM program has been reinstated to provide a safe alternative for migrant children considering the risky journey to the US southern border, the release said.

© AP Photo / Christian Chavez
Biden Says No Crisis at Southern Border, US ‘Will Be Able to Handle’ Influx of Migrants

US immigration officials have already started reviewing eligible cases that were left in limbo when the programme was terminated in 2017, the release said, adding that the first reunions are expected by the week of 15 March.

The State Department warned that that US southern border remains closed to irregular migration and advised potential migrants not to make the trip to the United States.

About 559 migrant children traveling alone to the US-Mexico border were apprehended between October and January, according to data from US Customs and Border Protection.

As of 18 February, there were about 6,800 migrant children with no parents under the care of the US Office of Refugee Resettlement.

The new administration in the White House previously vowed to explore legal options for reunited migrant families to remain in the United States. US President Joe Biden has identified reversal of the former administration's previous family separation policy as a top priority.