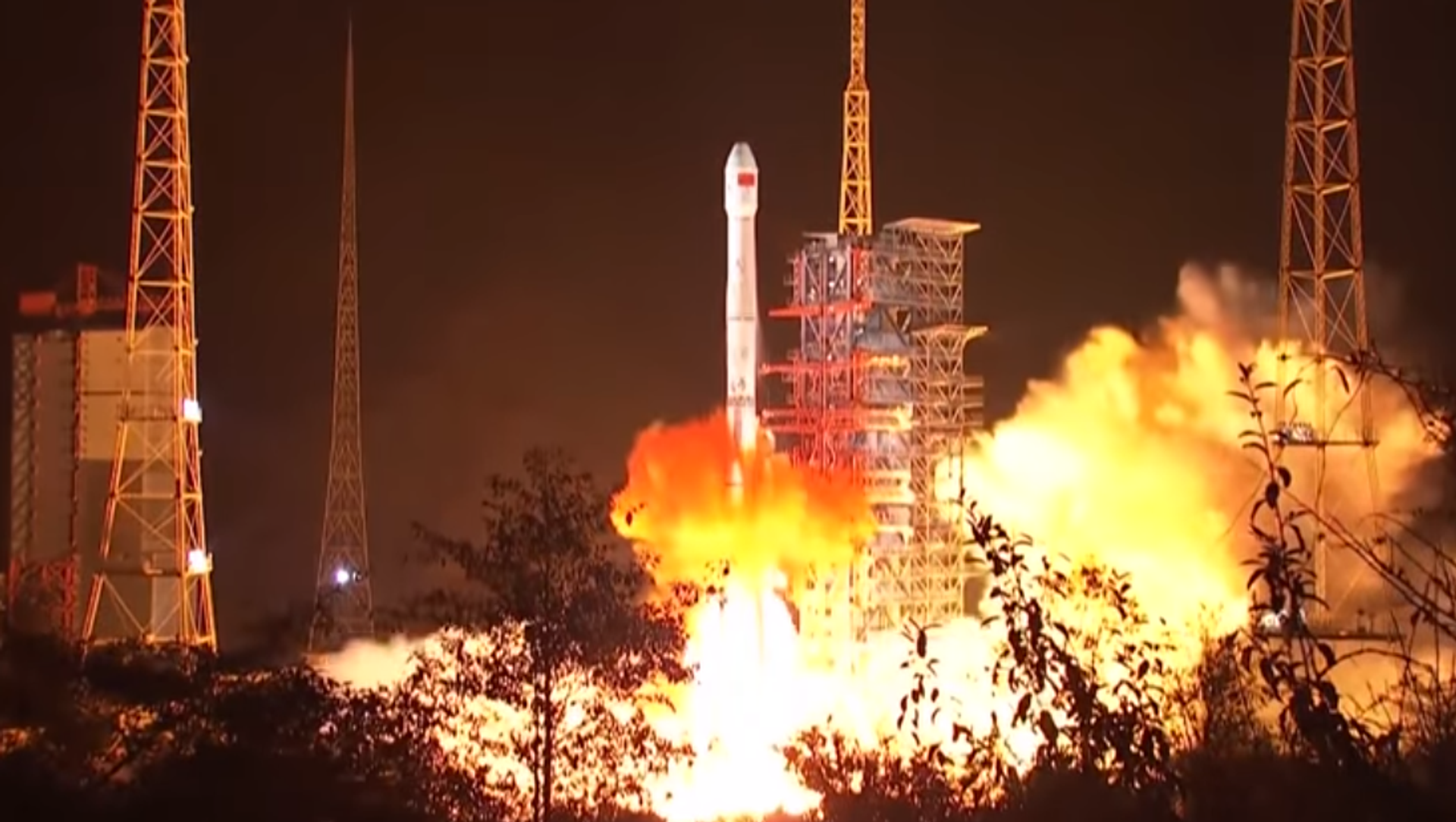 Jason Dunn
All materialsWrite to the author
China successfully conducted a mission to retrieve samples from the lunar surface last year, becoming the third country in history to carry out such an operation, after the US and USSR. With several unmanned expeditions planned for the future, China's primary objective is to see a permanent research station built on the moon.

Once the planned Chinese lunar research station is finalised, its astronauts will remain on the Moon for "long periods" as they carry out scientific studies, Xinhua reported on Sunday.

Citing a conversation with China Space News, the state media outlet reported that the architect of China's lunar programme has outlined the roadmap for moon exploration and research.

"If the lunar research station project is successfully implemented, China will not be far away from achieving manned landings," said Dr Wu Weiren, who is spearheading China's lunar exploration programme.

He added that compared to American astronauts "who could stay for only tens of hours after landing on the moon, Chinese astronauts will stay on the moon for a longer period of time."

"This will be a long-term stay on the moon, not a short-term stop," Dr Wu said.

According to him, missions in the future will involve a detailed report of the resources on the Moon's south pole, as well as testing the technologies required for building a permanent research station.

Samples of the south pole will be collected from the lunar surface, he said.

At present, Chinese rockets do not have the effective thrust capable of sending astronauts to the Moon, Dr Wu said, but the country's scientists are working hard to change this.

Setting up a robotic base to explore the Moon's south polar region will take place ahead of manned landings.

Last week, China and Russia signed up to an initial agreement to establish an international lunar research station.

China has successfully conducted a number of lunar missions in recent years. In 2020, the Chang'e-5 mission returned rock and "soil" from the moon back to Earth, the first by any country since 1976.

After weeks of space travel, Chang'e-5 lunar probe have returned to home on Thursday morning Beijing Time.
Chang'e-5 brought back the first fresh samples of rock and debris from the moon in more than four decades.
We made it! 🚀🛰🇨🇳#Moon #China #ChangE5 pic.twitter.com/G9t8M0OdBE

​While becoming the third country to complete a successful sample collection from the surface of the Moon, China remains behind the United States in experience, expertise, and technology.

The US's National Aeronautics and Space Administration (NASA) plans to return astronauts to the surface of the Moon by 2024. The last American-led landing was in 1972.