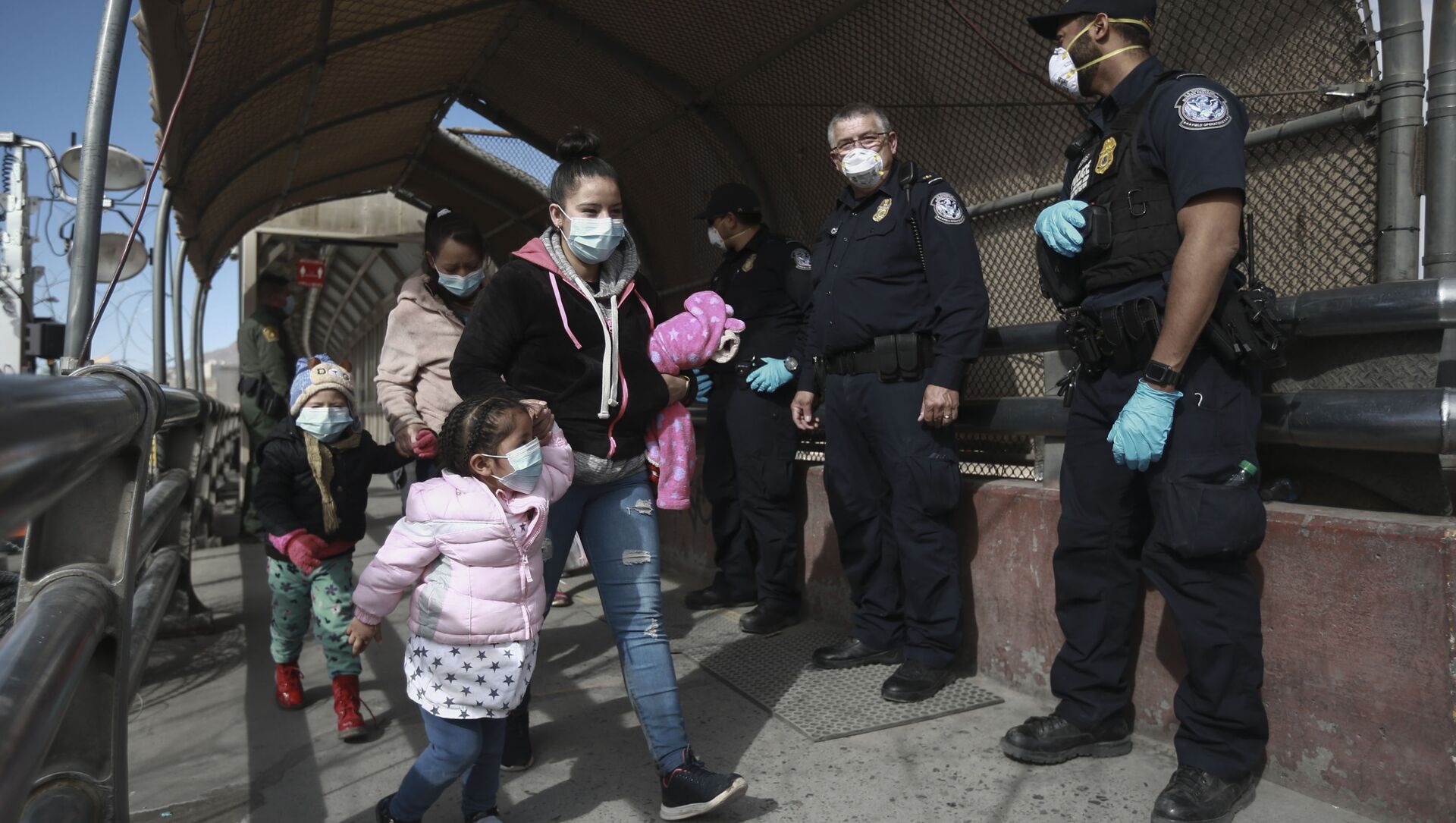 Ilya Tsukanov
All materialsWrite to the author
The Biden administration spent its first weeks in office issuing a slew of executive orders, instruments and memorandums to revoke its predecessor’s policies, with nearly a dozen of them related to immigration. Federal, state and local officials then expressed concerns about a surge in illegal immigration.

The White House has raised eyebrows over its refusal to call the tense situation at the US-Mexico border a “crisis,” instead referring to it as a “challenge” or a “vital human challenge.”

“It doesn’t matter what you call it. It is an enormous challenge. It is something that is front and center for the president,” Biden press secretary Jen Psaki said, speaking to reporters this week, when asked whether the term “crisis” is applicable to the present situation.

“He had a briefing yesterday on the trip to the border. And there are a number of – while there are no final policy decisions, there are a variety of actions under consideration,” Psaki added, commenting specifically on the problem of unaccompanied minors amid reports that authorities are running out of room to house the new arrivals.

“These are the policies we’re taking to address what we feel is a vital human challenge at the border. But what our responsibility here is to do is to project and convey what policies we’re taking, what the President’s commitment is. That’s exactly what we’re doing, and we don’t see the need to put new labels,” the spokeswoman stressed.

In a second briefing a day later, Psaki said that President Biden had already made “absolutely clear" to potential migrants that the border is closed, and that she “certainly” expected him to do so again at some point in the future. 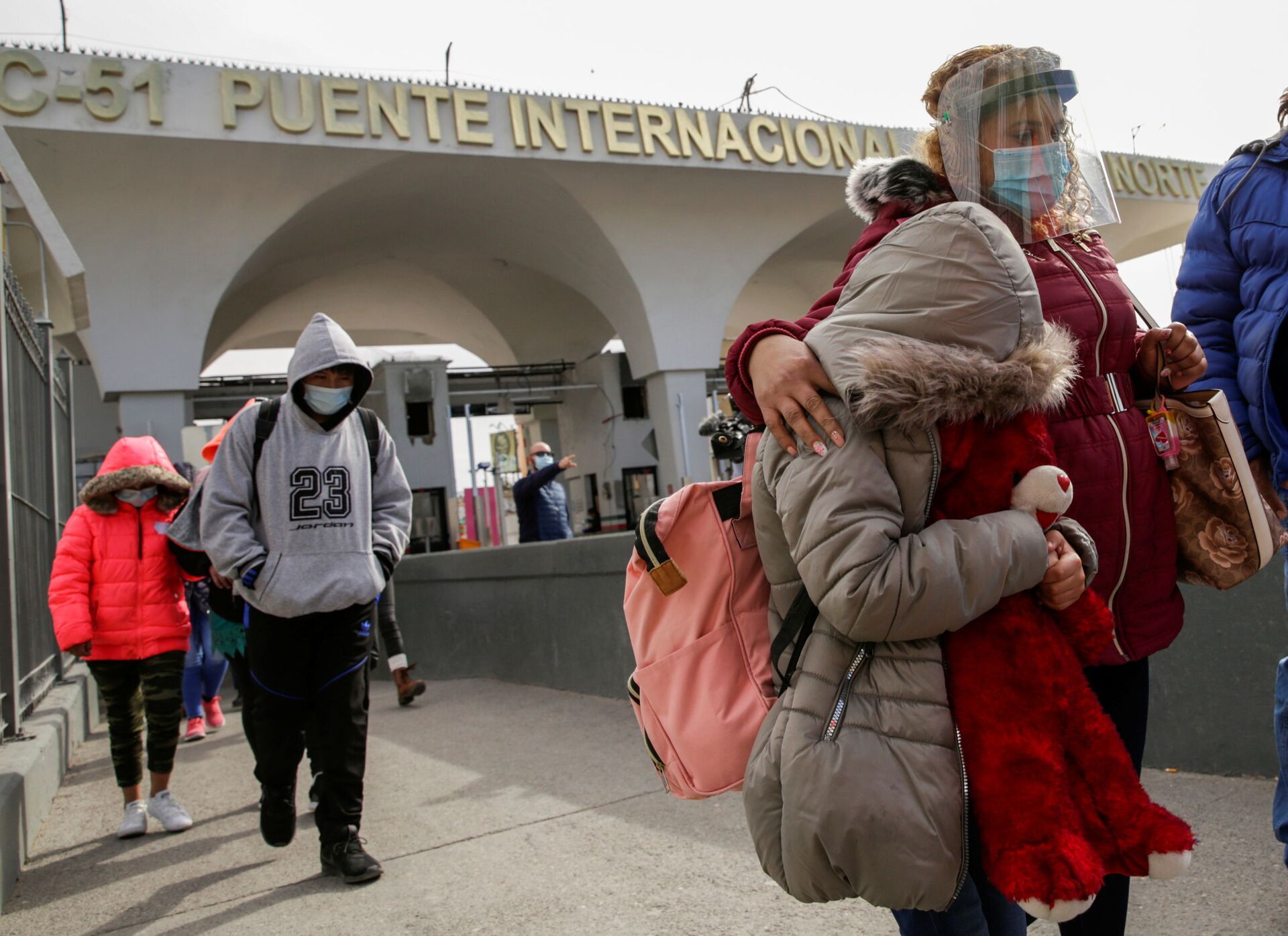 Migrants from Central America, under the Migrant Protection Protocols (MPP) program, walk across the Paso del Norte international border bridge from the Mexican side to continue their asylum request in the United States, in Ciudad Juarez, Mexico February 26, 2021.
© REUTERS / JOSE LUIS GONZALEZ

The spokeswoman’s comments come in the wake of Wednesday’s announcement by Troy Miller, acting commissioner of US Customs and Border Protection, that some 100,441 migrants had been encountered at the US-Mexico border last month by customs officials, with these numbers being the highest observed since the surge which took place in mid-2019. Miller indicated that over 19,000 of the encounters were with families, with nearly 9,500 more consisting of unaccompanied minors. An estimated 29,792 minors, including children and teenagers, have been taken in for processing since the start of the current fiscal year.

The official specified that over 72,000 of the would-be migrants were expelled back into Mexico after a short period of detention under coronavirus-related regulations. The official said violence, poverty, food insecurity, unemployment and other economic fallout related to the coronavirus crisis, as well as hurricanes that struck Central America in late 2020 were the likely “push factors” getting people to try to make their way to the United States.

Thousands or even tens of thousands of migrants are suspected of having successfully made their way past barriers and border patrol agents into the US in recent weeks, with Mexican officials recently slamming the Biden administration for allowing smugglers to turn people into a “commodity” via its reversal of Donald Trump’s hardline positions on illegal immigration.

Last week, Mexican President Andres Manuel Lopez Obrador said that immigrants refer to Biden as “the migrant president,” and said that Mexico and the US “need to work together to regulate the flow” to prevent the situation from getting out of control.

Mexican Officials say 'Migrant President' Biden has Made People a 'Commodity'
On Tuesday, former President Donald Trump characterized the situation as a southern border as a total disaster, saying that the United States was “being destroyed” and that it was “a terrible thing to see!”

Biden moved to rescind a number of Trump directives immediately after entering the Oval Office in January, with at least 11 of them related to immigration. These measures include fortifying the Deferred Action for Childhood Arrivals (DACA) programme, which grants the children of illegal immigrants safeguards from deportation, rescinding the Trump travel ban, halting the construction of the Trump border wall in favour of a ‘smart’, tech-assisted wall, ending “harsh and extreme immigration enforcement,” “restorating” and expanding the asylum system, etc. In January, the White House also announced the president’s backing of a path to citizenship for at least 11 million undocumented residents living in the US, with observers speaking to US media characterizing Biden’s policy as the “boldest immigration agenda any administration has put forward in generations.”