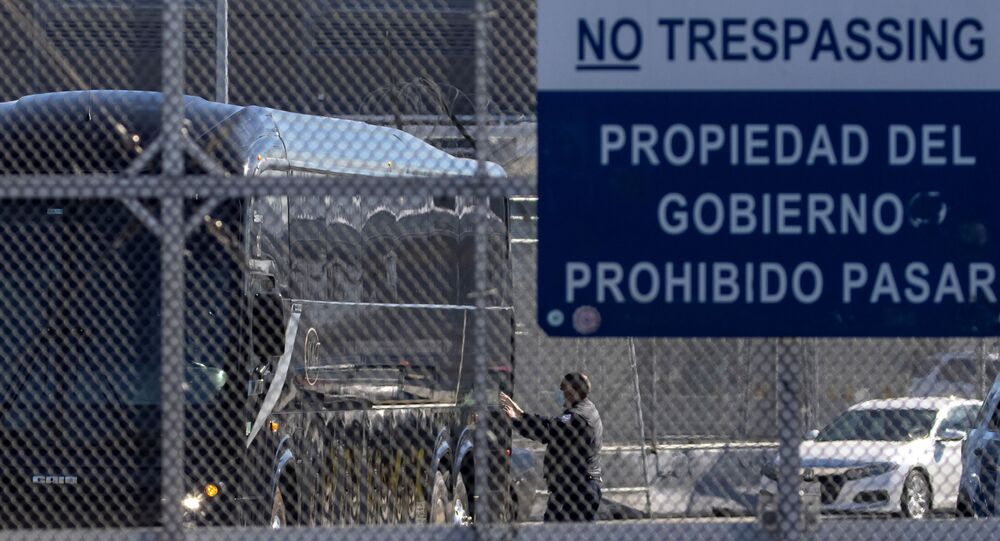 US President Joe Biden has taken a number of steps to deconstruct the Trump legacy in border security by temporarily suspending deportation and allowing migrant children to come to the US.

The former US president, Donald Trump, issued a written statement, commenting on an immigration surge at the US-Mexico border.

“When I was a president, our Southern border was in great shape – stronger, safer and more secure than ever before. We ended Catch-and-Release, shut down asylum fraud and crippled the vicious smugglers, drug dealers and human traffickers,” the statement, attributed to Trump, read.

Trump slammed Biden’s decision to stop construction of a US-Mexico border wall that was “working magnificently” and claimed that the US “is being destroyed at the Southern border.”

Biden’s relaxed border policies were earlier criticized by Republican US officials and lawmakers. Trump, earlier at the annual conservative CPAC conference, suggested that the actions were a betrayal of core American values.

US Customs and Border Protection (CBP) officials have recently faced a large influx of migrants, mostly from Central America, who have attempted to illegally cross the southern US border. Detention facilities are reaching capacity as over 70,000 migrants have been apprehended at the US-Mexico border each month, from October 2020 to January 2021, according to CBP data.

As Biden decided to allow migrant children to enter the country, nearly 3,200 adolescents are said to now be held in various housing facilities on the southwestern border in US, waiting for formal procedures by the US Department of Homeland Security.

On 3 February, Biden established an inter-agency task force for the "reunification of families" along the southern border, setting a 120-day deadline for an initial report.

The Biden administration announced a bill which will provide citizenship to about 11 million illegal immigrants living in the US, on day one of his presidency. In addition, the US president announced that his administration would increase to 125,000 the annual limit of refugees that could come to the US. The previous annual refugee admission cap was reduced to 15,000 by Trump.

A Glimpse Into Biden's Migration-Related Orders...Which Will 'Take Some Time' to Implement