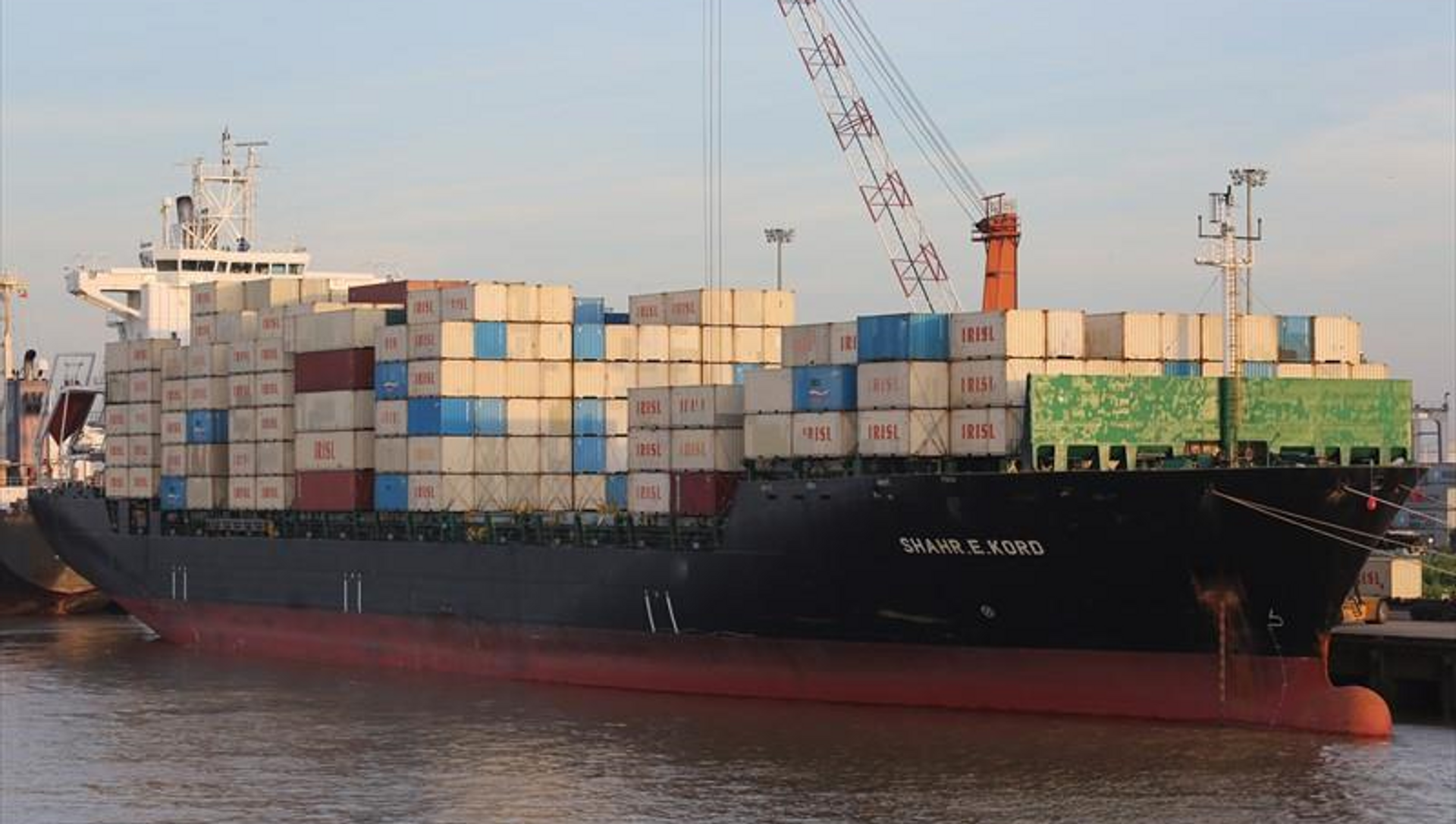 Ilya Tsukanov
All materialsWrite to the author
The Shahr-e Kord, an Iranian-flagged container ship, sustained fire damage in what was characterised as a “terrorist attack” in the Mediterranean on 10 March. On Thursday, US media reported that at least a dozen Iranian cargo ships heading for Syria, most of them laden with oil, have been targeted by Israel since 2019.

Israel is the “prime suspect” in Wednesday’s attack on the Shahr-e Kord container vessel, Iran’s Nour News has reported, citing a member of the technical team investigating the incident.

“Give the geographical location of the ship and the way it was targeted, one of the strong possibilities is that this terrorist act was carried out by the Zionist regime,” the source said, referring to Israel.

Earlier Saturday, Iranian Foreign Ministry spokesman Saeed Khatibzadeh classified Wednesday’s incident as a sabotage attack which constituted a violation of international law and the law of the sea, and said that the appropriate agencies had been tasked with identifying the cause of incident.

Iran says the Shahr-e Kord freighter was on route from Iran to Europe, and that its hull was hit by an explosive object while it sailed through international waters in the Mediterranean, causing a fire to break out at the site of the explosion. The fire was put out and none of the vessel’s crew was injured, according to Khatibzadeh.

In their commentary, Nour News’ source indicated that multiple high-explosive objects were thought to have hit containers on the ship’s deck, and said that these objects may have been fired from an aircraft.

On Friday, Shahr-e Kord’s owner, IRISL, described the attack on the ship as a “terrorist act” and “naval piracy.”

Israeli officials did not comment on the incident or the allegations of involvement.

Tel Aviv accused Iran of attacking one of its cargo ships in the Gulf of Oman in February, and claimed that Tehran had polluted its entire coastline with oil tar in an act of “environmental terrorism” the same month. Israeli officials have walked back the latter claims, with the military and intelligence agencies reportedly unaware of the allegations before they were made by the environment minister. Iran has not commented on the "environmental terrorism" allegations, but vocally denied any involvement in the Gulf of Oman incident, accusing Prime Minister Benjamin Netanyahu of staging a “false flag operation” to “distract attention away from [Israel’s] destabilising acts and malign practices across the region.”

The attack on the Shahr-e Kord comes in the wake of a report by the Wall Street Journal this week indicating that Israel had targeted at least a dozen Iranian cargo ships heading for Syria since 2019, most of them loaded with Iranian oil, forcing at least two of the vessels to return to their ports in Iran.

Relations between Iran and Israel have been non-existent since the Iranian Revolution of 1979, with officials in Tehran stating repeatedly that the “Zionist regime” has no right to exist and accusing Tel Aviv of stealing Palestinian lands and oppressing local residents. The Jewish State has aggressively lobbied the United States to avoid improving relations with the Islamic Republic, claiming for nearly a decade that the country is on the brink of obtaining nuclear weapons, threatening air strikes and carrying out sabotage attacks against Iranian infrastructure and murdering several of its nuclear scientists. In November, Iranian physicist Mohsen Makhrizadeh was killed outside Tehran in a sophisticated attack on his vehicle. Iran blamed Israel for his death, and accused Tel Aviv of trying to spark a regional war in the final days of the Trump presidency. Israel did not comment on the allegations, although an unnamed official told US media that Israel should be “thanked” for the killing. Iran maintains that it does not have a nuclear weapons programme, and has asked repeatedly why Israel is not held accountable by the international community over its own suspected stash of nuclear weapons.