Video: Scientists Learn Some Sea Slugs Can Regenerate Their Bodies After Decapitation 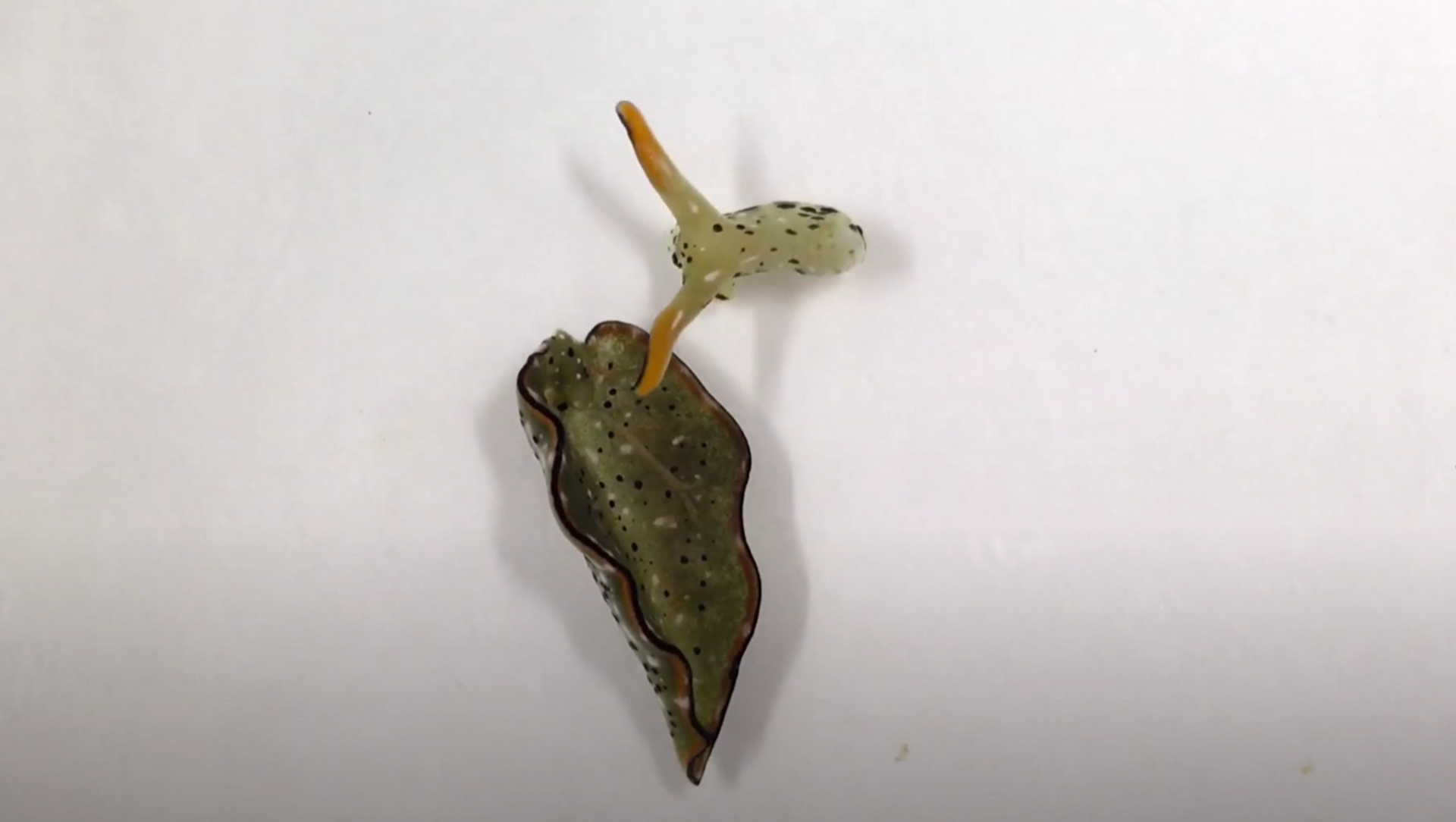 © YouTube/AP Digital Products
Subscribe
International
India
Africa
Evan Craighead
All materialsWrite to the author
Regeneration is defined as the natural process in which an animal is able to replace or restore damaged or missing cells, tissues, organs or even entire body parts to full function - as is the case with at least two Japanese sea slug species from a recent Japanese study.

A new study published in Current Biology on Monday found that two species of sacoglossan sea slugs are capable of carrying out "a new type of extreme autotomy," in which they can shed their old body and regenerate a new body, even after losing their "whole heart."

Sayaka Mitoh, study lead and doctoral student at Japan's Nara Women's University, told LiveScience that she decided to explore the autotomy of the sacoglossan sea slug (Elysia cf. marginata) after stumbling upon one without a body in 2018.

"One day, I found an individual of Elysia cf. marginata with its head and its body separated," Mitoh said.

While she initially believed the slug would die, it began to regenerate its head, body and heart after a few days. Some three weeks later, the sea slug had regenerated all vital organs and 80% of its body.

"The [original] body continues to move and live for days to months," Mitoh explained. However, the original body does not regrow a new head.

Video published on YouTube by the Associated Press shows a sea slug's head moving after being separated from its body during a study at Nara Women's University.

The original body can be seen reacting to being touched by the head.

"We think that this is the most extreme case of autotomy," Nara Women’s University aquatic ecology professor Yoichi Yusa told the AP. "Some animals can autotomize their legs or appendages or tails, but no other animal shed their whole body."

During the full study, Yusa and Mitoh found that six of the 16 sea slugs examined were able to begin the regeneration process after being decapitated.

Though only three sea slugs survived the process, one lost and regrew its body twice.

Scientists theorize that sea slugs would sever their heads from their bodies to rid themselves of parasites that invaded their system, Mitoh told LiveScience.

At the same time, it appears there are some restriction about when these sacoglossan sea slugs can successfully carry out autotomy

"We think that very old ones gain little merit from autotomy, as they probably cannot reproduce," the study lead said, noting older slugs could survive up to 10 days following decapitation, but would not begin eating, which is necessary to acquire the energy for regeneration.

"They rely on photosynthesis just after autotomy and when food is scarce," Mitoh said. "But the stolen chloroplasts last only for several days for these sea slug species, and so they probably need to eat to complete regeneration."

"Sacoglossan sea slugs are well known for their ability for kleptoplasty, and we now learned that they have another great ability," Mitoh concluded. "We are very interested in these small animals."