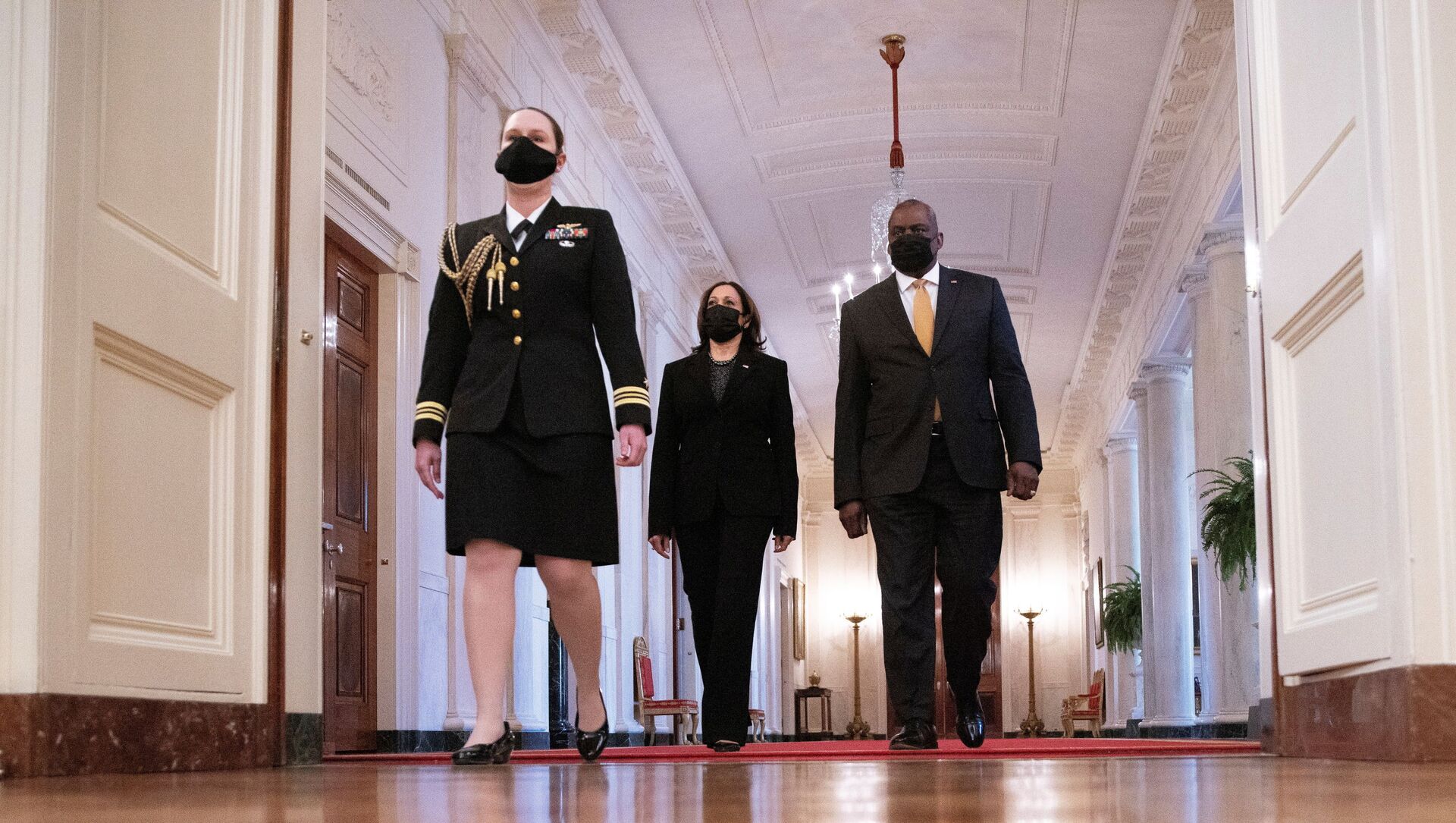 © REUTERS / TOM BRENNER
Subscribe
International
India
Africa
Daria Bedenko
All materialsWrite to the author
In Cabinet nominations, US President Joe Biden has appointed women to many of the positions that have never before been occupied by a woman, starting with his vice president, Kamala Harris.

During Monday's International Women's Day event, US President Joe Biden pledged to put maximum effort into combating sexual assault in the military, describing it as a "threat to our national security."

"We have to take on sexual assault harassment and violence against women in the military. Sexual assault is a abhorrent and wrong at any time. And our military, so much of unit cohesion is built on trusting your fellow service members to have your back. It's nothing less than a threat to our national security", Biden said.

The president, who was accompanied by Vice President Kamala Harris and Defense Secretary Lloyd Austin, vowed to make it an "all hands on deck effort" to "end the scourge of sexual assault in the military".

During the event, Biden also appointed two women to be four-star generals: Gen. Jacqueline D. Van Ovost of the Air Force, to lead the Transportation Command, and Lt. Gen. Laura J. Richardson of the Army, to head the Southern Command.

His nominations will be sent to the US Senate for approval and, if the two are confirmed, they will be the second and third women to lead a Combatant Command.

"Each of these women have led careers demonstrating incomparable skill, integrity, and duty to country. And at every step, they've also helped push open the doors of opportunity to women in our military blazing the trail, a little wider, a little brighter for all proud women following in their path", Biden said in his praise for the soldiers before announcing the new appointments.

According to a report by The New York Times, the two women saw their promotions delayed during the Trump administration due to fears by former Defense Secretary Mark Esper, and Chairman of the Joints Chiefs of Staff Mark Milley that female officers might be subject to bias by Trump.