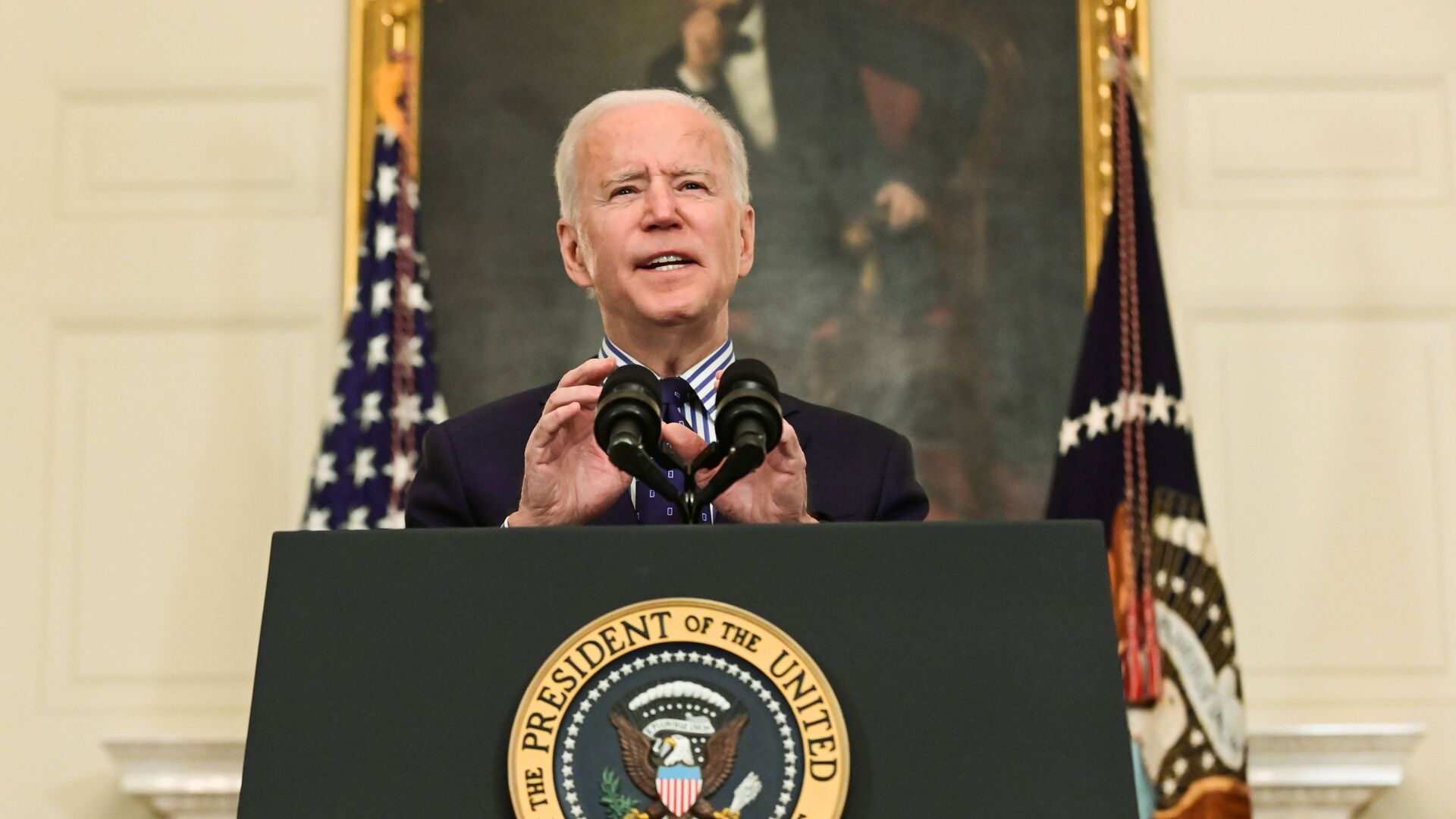 Asya Geydarova
Editor
All materialsWrite to the author
Biden earlier said that the United States must revive and expand the 1965 voting rights act that was adopted at the height of the Civil Rights Movement in the country. In 2013, the US Supreme Court limited the US government’s power to supervise areas of the country with a history of voter discrimination or election irregularities.

US President Joe Biden signed an executive order to boost access to voting registration on Sunday.

“Today, on the anniversary of Bloody Sunday, I am signing an executive order to make it easier for eligible voters to register to vote and improve access to voting,” Biden said.

“Let the people vote,” he added.

March 7 is the 56th anniversary of Bloody Sunday, a day of violent protest in Selma, Alabama, which is the part of the broader famous Selma to Montgomery marches that took place in 1965 and resulted in participants injured. The protests were organized by civil rights activists seeking voting rights for black Americans, as stipulated by the 15th Amendment, and led to Congress passing the Voting Rights Act the same year.

Biden also called on the US Congress to restore the Voting Rights Act of 1965, which requires US states to map districts in order to ensure that minority voters make up enough of a district to elect their chosen representatives.

It also required the Justice Department's approval of any changes in voting laws and procedures in southern US states with a history of preventing black Americans from casting ballots.

Former Rep. John Lewis (D-G) was one of the activists who participated in the Selma march, where he sustained a fractured skull. He passed away last year.

Back in 2019, two-time failed US presidential candidate Hillary Clinton, who also served as secretary of state in the Obama administration, claimed that she lost her 2016 bid to former president Donald Trump because Republicans “gutted the Voting Rights Act”. The majority opinion of the Supreme Court in the 2013 Shelby v. Holder case argued that the 1965 legislation was based on information that was four decades old and violated the principle of federalism and the equal sovereignty of each US state.

The 1965 Voting Rights Act was signed into law by US President Lyndon Johnson, alongside Marlin Luther King and other civil rights leaders, and was designed to remove legal barriers across every state in the Union that prevented blacks from exercising their constitutional right to vote.