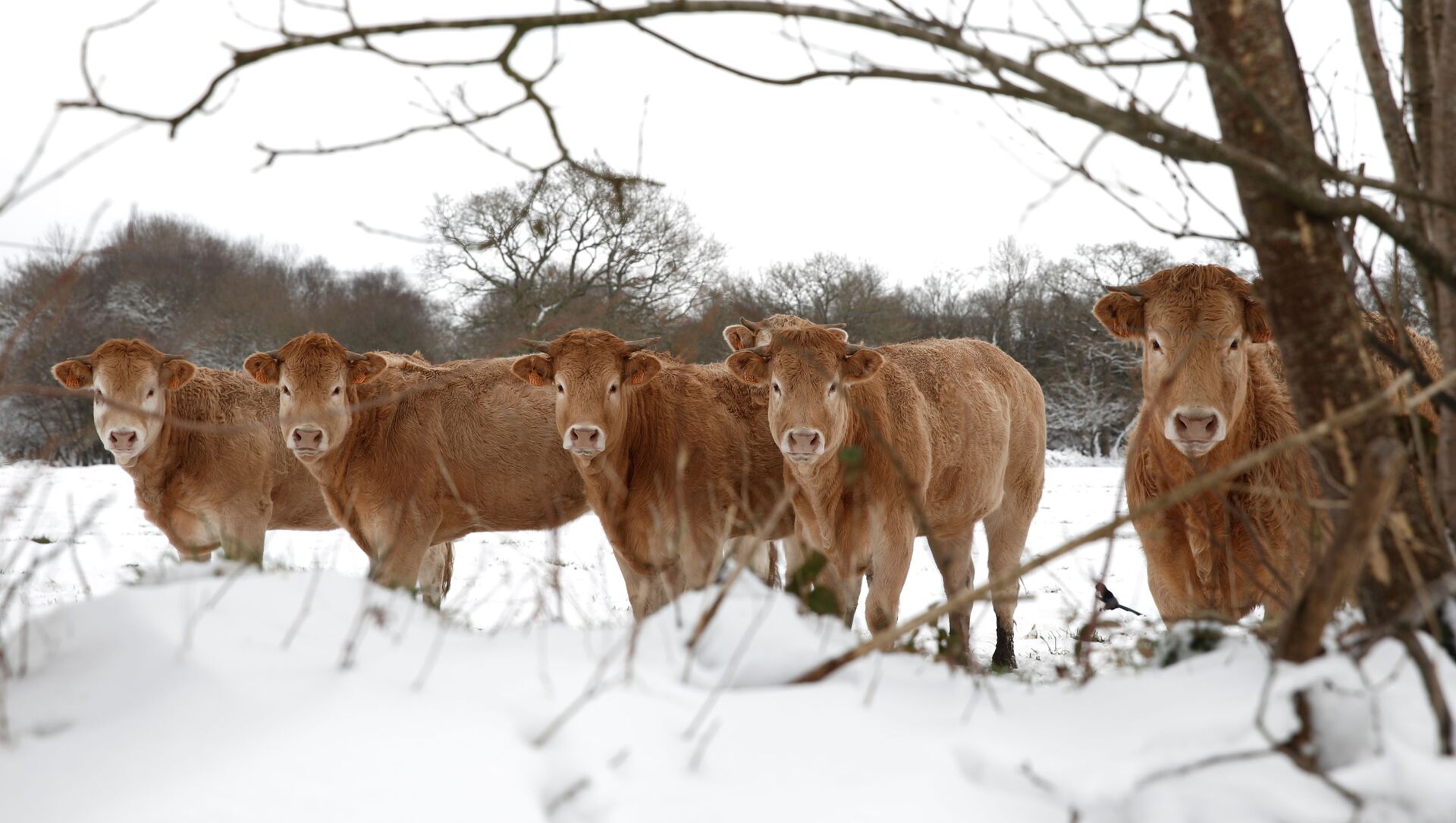 MOSCOW (Sputnik) - The Irish government is considering the option of switching to planes starting in May when exporting dairy calves to continental Europe in a bid to reduce the transportation time of livestock, The Guardian newspaper said on Saturday.

Under EU legislation, the transportation period of cattle should not exceed eight hours. However, deliveries of cows from Ireland to other EU destinations by road or sea take more time.

The Netherlands, which is the main export market for unweaned Irish calves, demands that Ireland "sharply reduce and eventually stop" imports of cattle from faraway farming destinations.

Irish farmers are divided in their opinion regarding the government’s plan to fly cows to continental Europe, with supporters claiming that despite the high cost, the measure would open new markets, and those opposing the idea saying that the conditions of air transportation would affect the animals.

The herd of dairy cattle in Ireland stands at 1.6 million, growing by 750,000 male species each year. Most of them go to the domestic meat market of meat products, and 200,000 are exported.