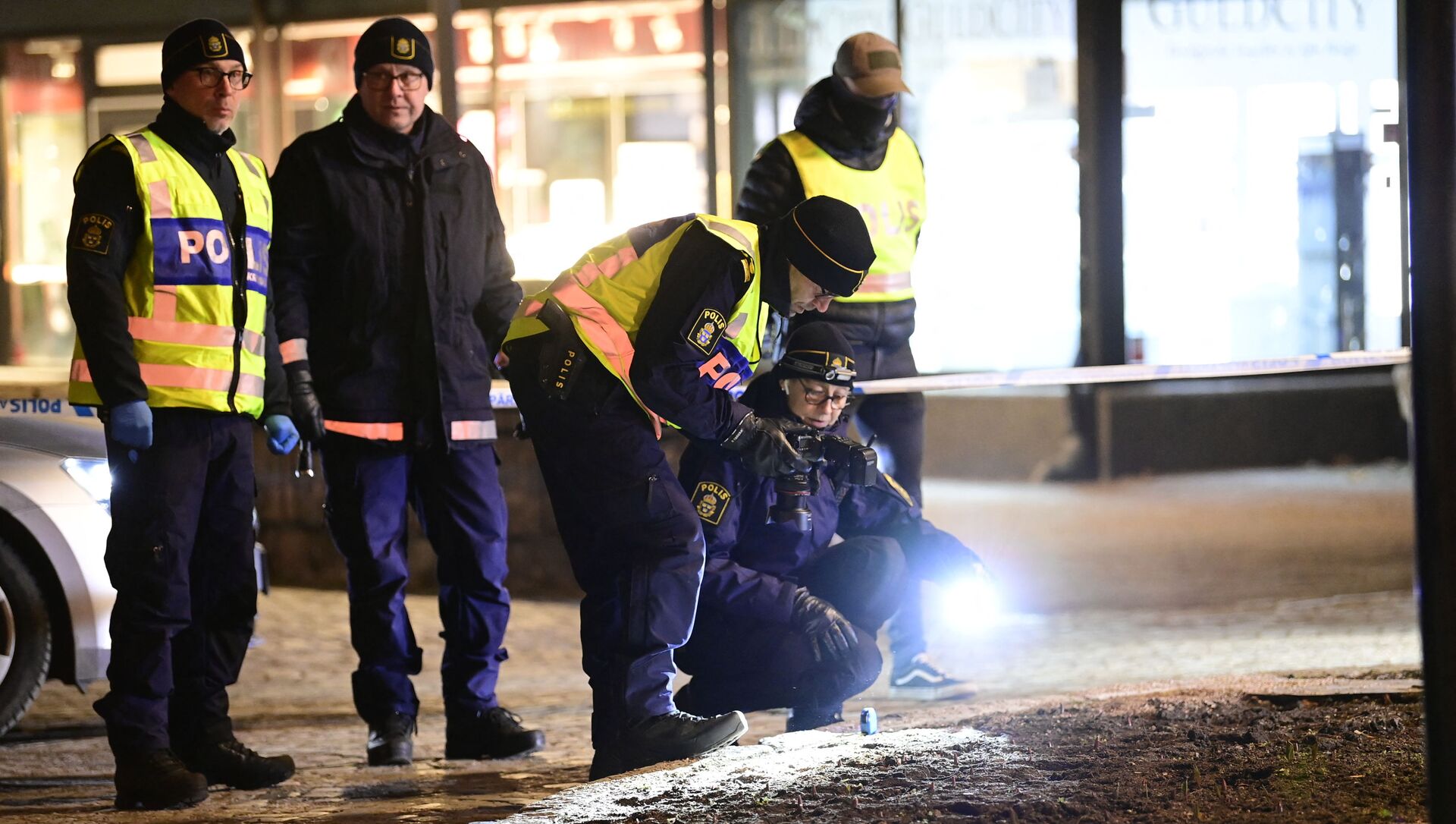 Igor Kuznetsov
All materials
An Afghan man in his 20s was shot by Swedish police after a bloody knife attack in the town of Vetlanda that left seven people injured; he has been arrested on suspicion of several cases of attempted murder, but not charged with terrorism.

The Swedish authorities and media's response to a stabbing attack that left several people fighting for their lives has raised eyebrows and sparked indignation. A knife-wielding Afghan-born man stabbed seven people in the southern town of Vetlanda, leaving three of them in critical condition.

The case is currently not being investigated as a terrorist crime, prosecutor Adam Rullman confirmed to national broadcaster SVT.

“He is arrested on suspicion of attempted murder in several cases, seven to be precise,” Rullman said, citing an apparent lack of motive. Rullman also emphasised that the man has “a connection to another country”.

Criminologist Christoffer Carlsson called it a serious act of violence against random people, adding that they are rare, yet difficult to defend against. According to Carlsson, society can do a lot to prevent both terrorist acts and so-called insane acts, such as the attack in Vetlanda, but unfortunately it is impossible to eliminate it completely.

“But when it has gone so far that people go out to the street armed, then it is virtually impossible to defend yourself. Unfortunately, this is what a society must live with,” Carlsson told SVT.

The news outlet Fria Tider described the alleged culprit as a 22-year-old Kabul native, who arrived in Sweden in early 2016 and was granted temporary residence as “in need of alternative protection”. Later, he was allowed to stay in Sweden due to the government's so-called “school amnesty”. According to Fria Tider, he indeed went to school, but failed to complete any courses, including a basic alphabet course in Swedish. He has a police record for petty drug-related crimes.

“Every attack on innocent people will be met by all of Sweden's united force. Fear and terror will never become part of our everyday lives”, Prime Minister Stefan Löfven said in a speech dedicated to the attack.

At a subsequent press conference, a journalist referenced a tweed by the national-conservative Sweden Democrats, who linked the attack to Sweden's immigration policy and demanded a “total stop to all asylum and family immigration, including quota refugees”, and asked what Löfven thought about it.

​Löfven called the link “speculative”. “This is not a question of immigration, as the Sweden Democrats want to make it,” he added.

The newspaper Aftonbladet ran a column by one of its leading journalists, Jonna Sima, warning that the attack may be used for political purposes.

“The experience of similar events is that some people will now try to take advantage of the situation to make political points. The Sweden Democrats were quickly out and accused the government: How many terrorists are hiding among us?” Sima wrote.

“For Stefan Löfven, no negative consequences of the lax migration policy seem to be related to migration, which puzzles me somewhat. Is there any voter who buys into this? I think he is utterly confused, but at the same time it is good that the prime minister says openly that an Afghan suspected perpetrator who currently doesn't even have a temporary residence permit 'is not a question of migration'. It shows with desired clarity how weak his own and his party's leadership and understanding of cause and effect are,” Åkesson told the news outlet Nyheter Idag.

On social media, the reaction of the prime minister and the press raised eyebrows and sparked anger.

“Remember that immigrants have nothing to do with immigration! As little as Islam has to do with Islam. Regards, Stefan Löfven,” writer, blogger and journalist Katerina Janouch wrote.

​“An Afghan attacks Swedes openly on the street. He is illiterate, but has been granted a residence permit for studies. He has already been convicted of crimes in Sweden, but has still been allowed to stay. Stefan Löfven says that this has nothing to do with immigration. Who the hell is he trying to fool?” Findel Madison of the Sweden Democrats youth wing said.

​“Is this clown really the Prime Minister of Sweden? No wonder they are laughing at us abroad. Had it not been so serious, you would have been giggling with laughter as well”, senior Sweden Democrat Björn Söder wrote.

​“Will Stefan Löfven go down in history as Sweden's worst leader of all time? Erik XIV may have been crazy, but Löfven openly lies to deceive the Swedish people. This is dramatic history in real time. Absolutely unique”, another one chimed in.