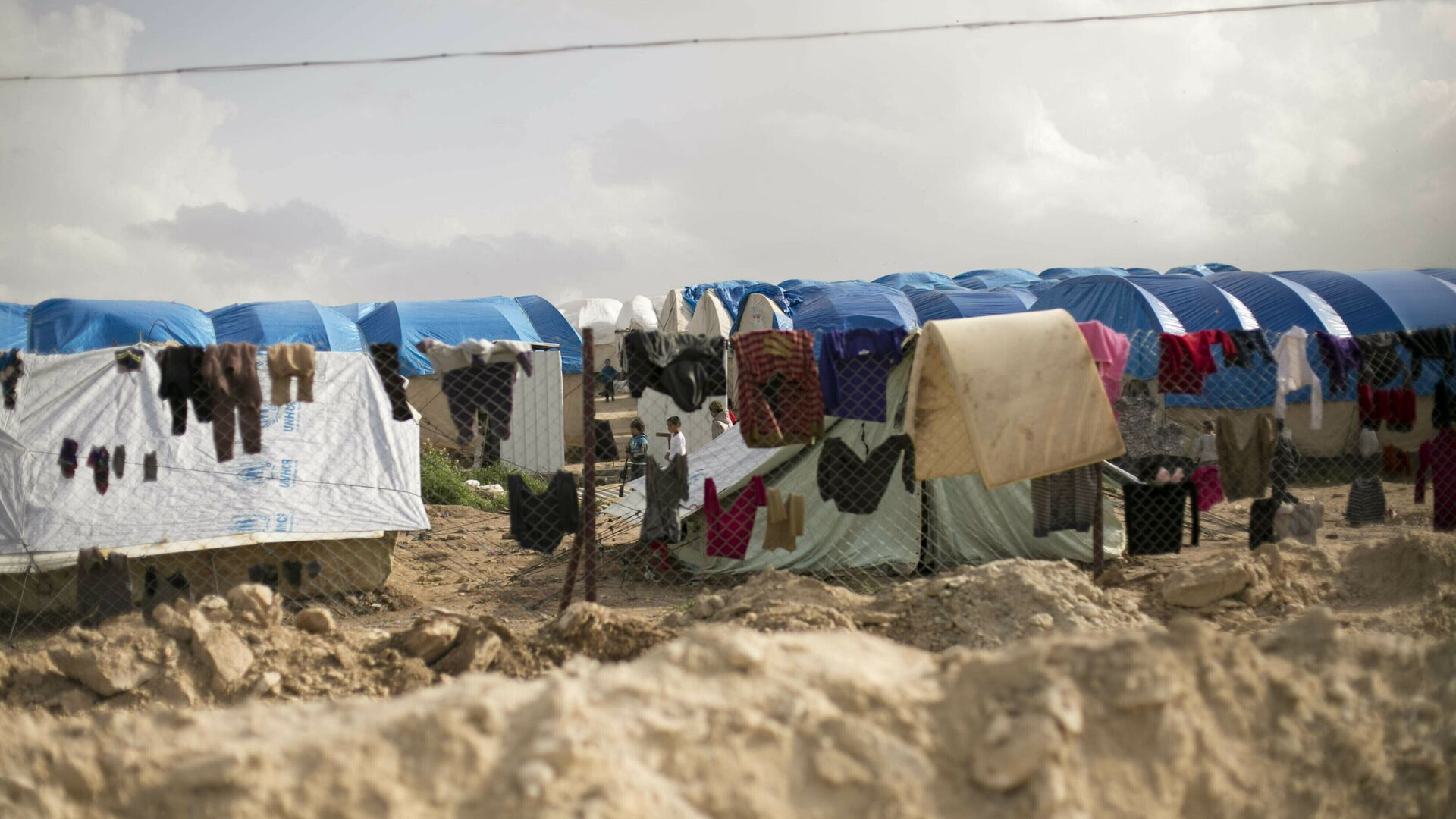 © AP Photo / Maya Alleruzzo
Subscribe
International
India
Africa
Igor Kuznetsov
All materials
While the Danish government emphasised that its citizens remain in internment camps in Syria for the sake of the country's security, several assessments pointed out that the risk of radicalisation grows the longer they stay in the camps, which have been deemed “radicalising environments” themselves.

Fionnuala Ní Aoláin, the UN Special Rapporteur on the promotion and protection of human rights and fundamental freedoms, has unleashed harsh criticism on the Danish government over the handling of its citizens in internment camps in northeastern Syria.

“Denmark has always been an advocate for tolerance, human rights and the letter of the law. But you can not just preach it, you must live by it – even when it is difficult politically,” Ní Aoláin said in an interview with Danish Radio, calling on the country to repatriate its citizens, including former jihadists, Daesh* brides and their children, from the Kurdish-controlled prison camps in northeastern Syria.

At least two men, seven women and 19 children affiliated with Denmark currently live in the camps. Of the 19 children, nine were born in Denmark, while ten were born in the conflict zone. The Scandinavian country has been put on the UN's “list of shame”, which features 57 countries that have failed to repatriate their citizens.

“Here we have a state like Denmark pretend to support the Convention on the Rights of the Child, pretend to have a human rights starting point for how it treats its citizens, advocate for separating children, who have already been traumatised beyond belief, from their mothers”, Fionnuala Ní Aoláin said, emphasising that the life-long trauma will make it much less likely for the children to ever reintegrate into society.

Ní Aoláin also emphasised the poor conditions at al-Hol and al-Roj internment camps in northeastern Syria, comparing them to “torture”.

However, the Danish government made a principled decision that people who had left Denmark to join the terrorists's cause should not receive help in returning home. The Foreign Ministry confirmed that Denmark will only take back children whose parents “explicitly agree” to separation.

“The children are in a terrible situation, and I am sure that the conditions in the camps are not suitable for children to be there. But in our view, this does not mean that the people who have turned their backs on Denmark must return. Foreign fighters [how jihadists are often called in Danish official parlance] are undesirable in Denmark, regardless of whether they are mothers or fathers. It hurts because it's about the children. Parents must take responsibility for this,” Prime Minister Mette Frederiksen explained the government's stance, as quoted by Danish Radio.

According to a letter by Prime Minister Mette Frederiksen, which Danish Radio has come in possession of, Danish citizens remain in the internment camps for the sake of the country's security.

“This government sees it as one of its most important tasks to maintain Denmark's security. We must take care of Denmark and the Danes,” Frederiksen wrote to lawyer Bjørn Elmquist, who represents a Daesh mother and two children stuck in al-Hol camp.

Elmquist himself called the letter “an expression for the lack of humanity and humanism”, which “permeates the attitudes of the government toward foreigners”.

Maja Touzari Greenwood at the Danish Institute for International Studies underscored that the camps are in themselves “radicalising environments”.

“After all, it is the Daesh camps they are in. And as the children get older, that process becomes more and more cemented,” Greenwood told Danish Radio.

According to the latest threat assessment by the Danish Security and Intelligence Service (PET) adults who voluntarily chose to travel to the terrorist “caliphate” remain a “threat to Denmark”. The same assessment found that young children do not necessarily pose an immediate threat, but the risk of radicalisation increases with age and the longer they stay in prison camps.