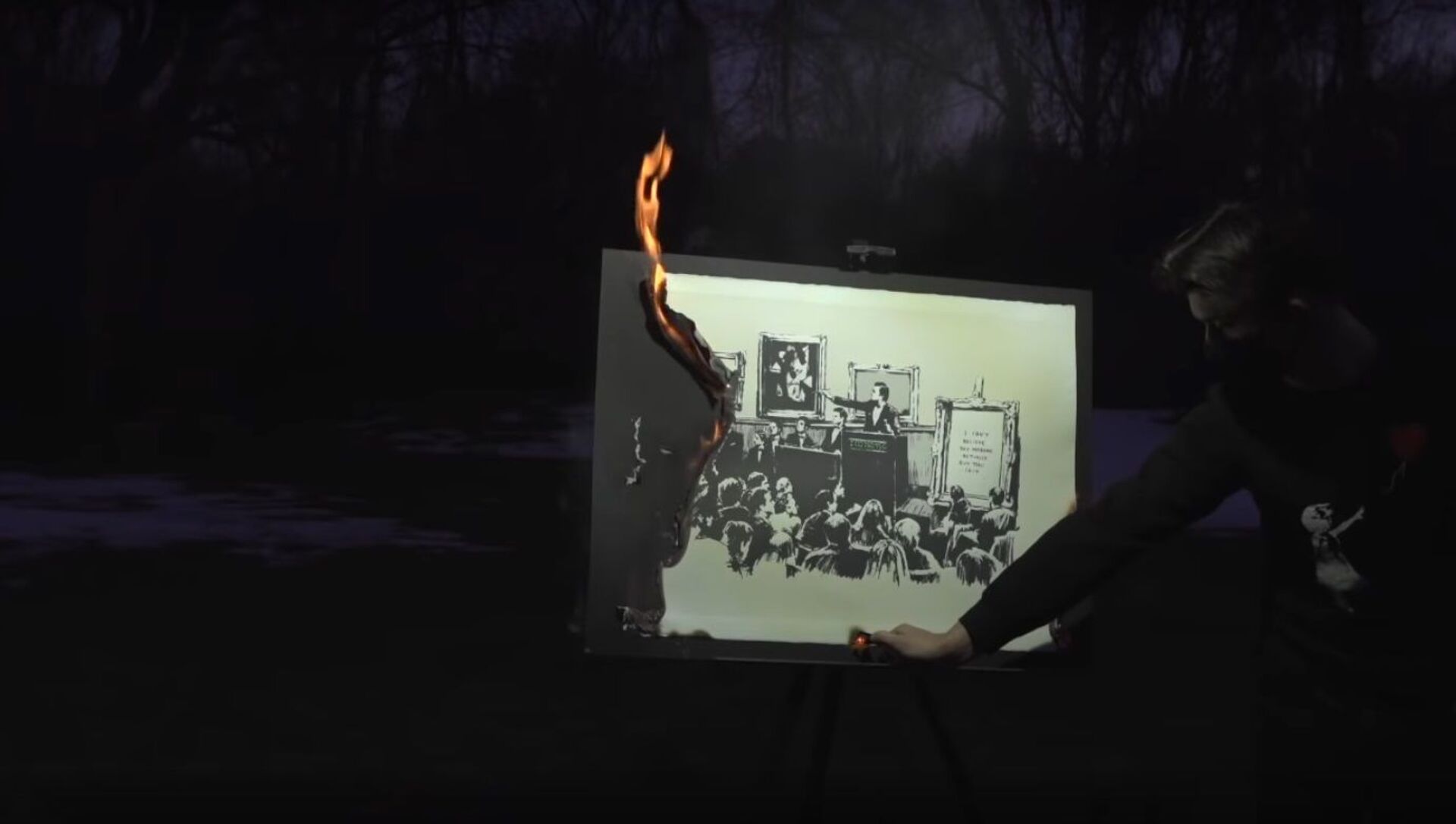 MOSCOW (Sputnik) - A blockchain company bought an authenticated $95,000 piece of Banksy artwork at an auction and livestreamed how they burned it to create the world's first virtual asset, called a non-fungible token, or NFT.

The company behind the stunt, Injective Protocol, reportedly purchased the screenprint "Morons (White)" signed by Banksy and authenticated by Pest Control organization, from New York's Taglialatella Gallery in January. On February 8, the company opened a special Twitter account, BurntBanksy, where it announced the time of the performance and, later on Wednesday, livestreamed it. The actual place at which the piece was burned was not announced.

The gallery had reportedly no idea about the company's plans to burn the artwork.

Suspected Banksy of Prisoner Escaping Appears on Wall of Reading Jail - Photo
According to Mirza Uddin, an Injective Protocol executive, the event was the first time that an existing piece of physical artwork was turned into a unique blockchain-based digital asset, CBS News cited him as saying. The created NFT, representing "Morons," will be auctioned on the largest NFT marketplace, OpenSea, until March 9.

"We view this burning event as an expression of art itself. We specifically chose a Banksy piece since he has previously shredded one of his own artworks at an auction," Uddin was quoted as saying by the news. 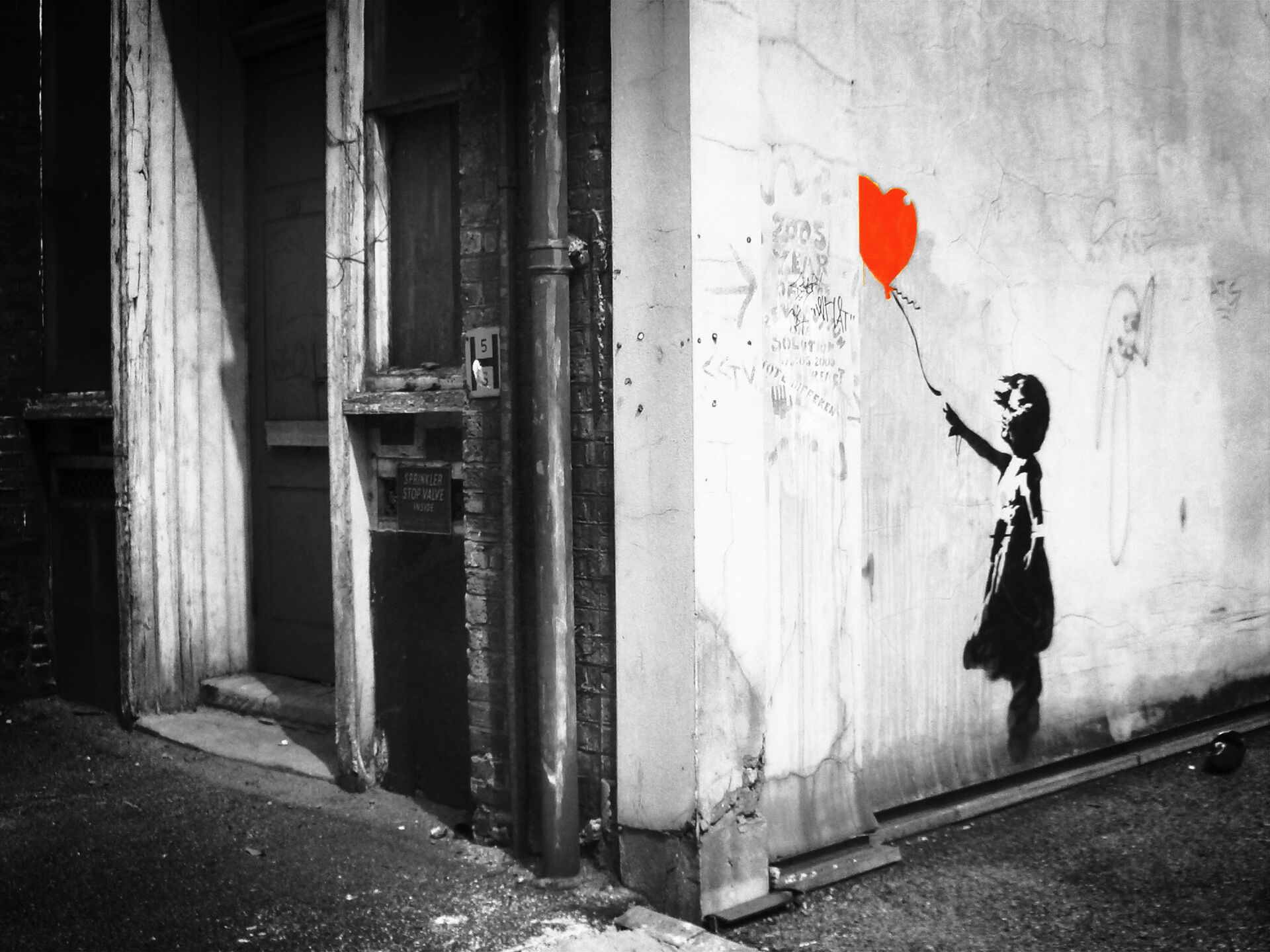 The burning incident has a historic precedent. In 2018, a Banksy painting, "Girl with Balloon," self-shredded immediately after selling for one million pounds ($1.39 million) at Sotheby’s. This time, event organizers claimed that Banksy was not directly involved in the token event, but was aware of it.