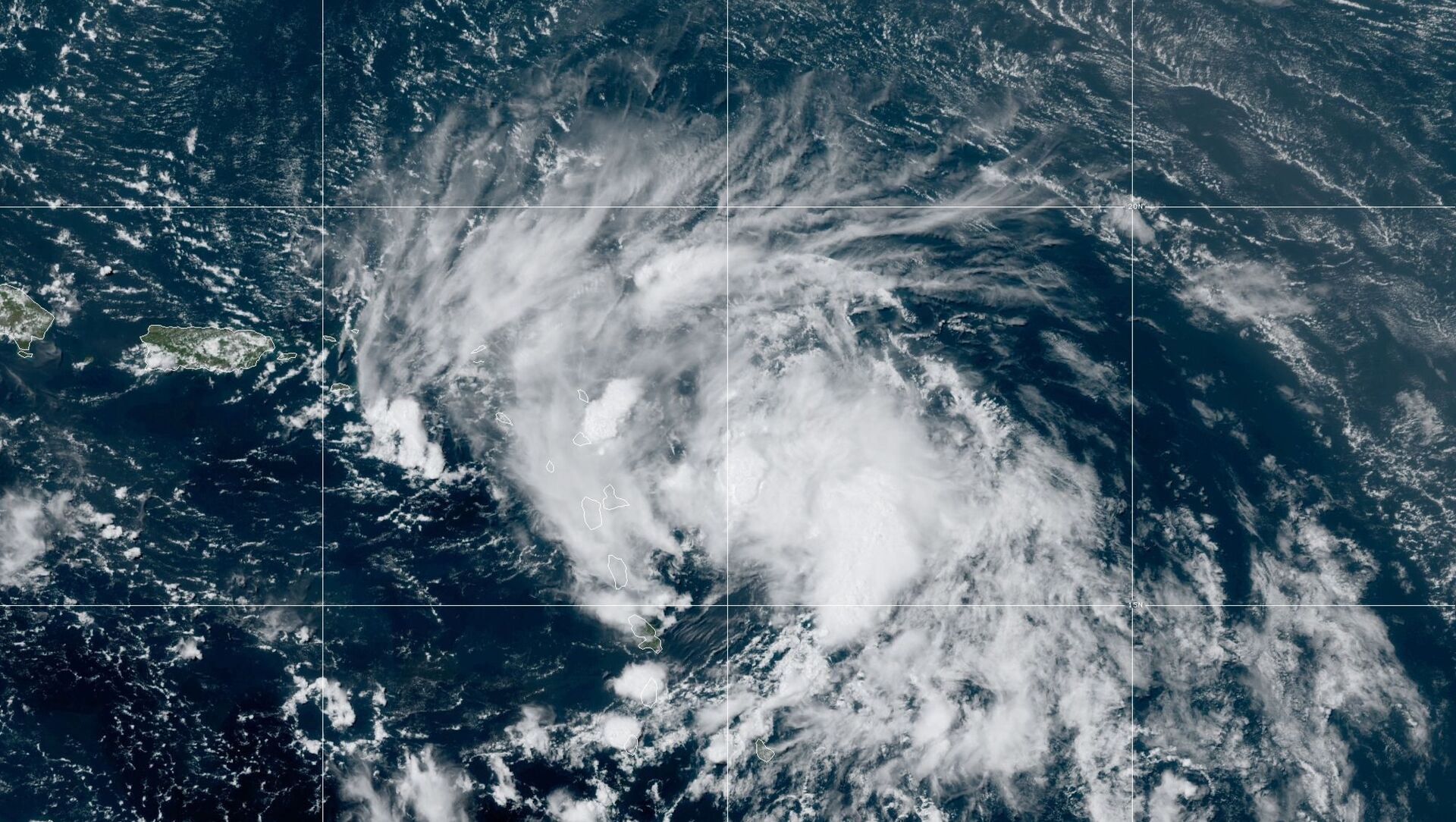 © Courtesy of the National Oceanic and Atmospheric Administration
Subscribe
Lilia Dergacheva
All materialsWrite to the author
Researchers have long pointed out that degradation of the oceanic current, a crucial weather-shaping factor in large swathes of the US and Europe, will have a slew of implications, including extreme meteorological events.

A group of scientists from Ireland, Britain and Germany have presented new research suggesting that the Gulf Stream, an Atlantic Ocean current that plays a role in shaping weather patterns across Europe and the US, particularly along the US East Coast, has reached its weakest point in the past 1,000 years.

The shift in the current’s circulation, with the weakening formally referred to as the Atlantic Meridional Overturning Circulation (AMOC), can be largely explained with one crucial – manmade - factor, the researchers stated: climate change.

According to Stefan Rahmstorf, one of the study's authors, the oceanic current acts like a gigantic conveyor belt, moving nearly 20 million cubic meters of water per second, redistributing heat on Earth.

Rahmstorf said that his team's research was outstanding in terms of its success in bringing together previous bits of research to piece together a 1,600-year-old picture of the AMOC evolution.

"The study results suggest that it has been relatively stable until the late 19th century," he said. "With the end of the little ice age in about 1850, the ocean currents began to decline, with a second, more drastic decline following since the mid-20th century".

The question is still open, however, about the ramifications of the decline. According to AccuWeather senior meteorologist Bob Smerbeck, it could lead to rising sea levels as water masses become sufficiently warmed, yet, he said, it remains to be seen to what extent it will happen.

"One possible repercussion discussed in article 1 [the first study mentioned above] about warming waters along the east coast from an AMOC slowdown could lead to rising sea levels due to thermal expansion of the seawater. This seems plausible," Smerbeck explained.

Whatever the case might be, previous studies show that rising water temperatures and hence higher sea levels will lead to more extreme weather events such as stronger tropical storms, extreme heat waves or a sharp fall in summer rainfall.

Other researchers, however, claim to have come up with contrasting data, suggesting that the Gulf Stream hasn't actually weakened over the past 30 years.

Exploiting a different data-modeling system, researchers from the United Kingdom and Ireland pieced together data from climate models that they suggested in a study published earlier this month showed "no overall AMOC decline".

000000
Popular comments
More "anthropogenic climate change" BS The gulfstream was obviously the influencer of the "mini ice age". These moronic deceiving "scientists" and their ever growing entourage would have everyone believe that the earths temperature started to rise immediately after the first ton of coal was burned at the start of industrial revolution, absolute Bull$hit!

What, me worry
27 February, 23:17 GMT2
000000
About climate change, what we must look is who is subsidizing the research. Government, industries, ... then we know how to interpret the results. Then we see if the glass is half empty or half full. Based on the same input data scientist can design a model that will show an increase or decrease. It is only a model it is not the reality, it only tend to represent reality only if you accept the model.