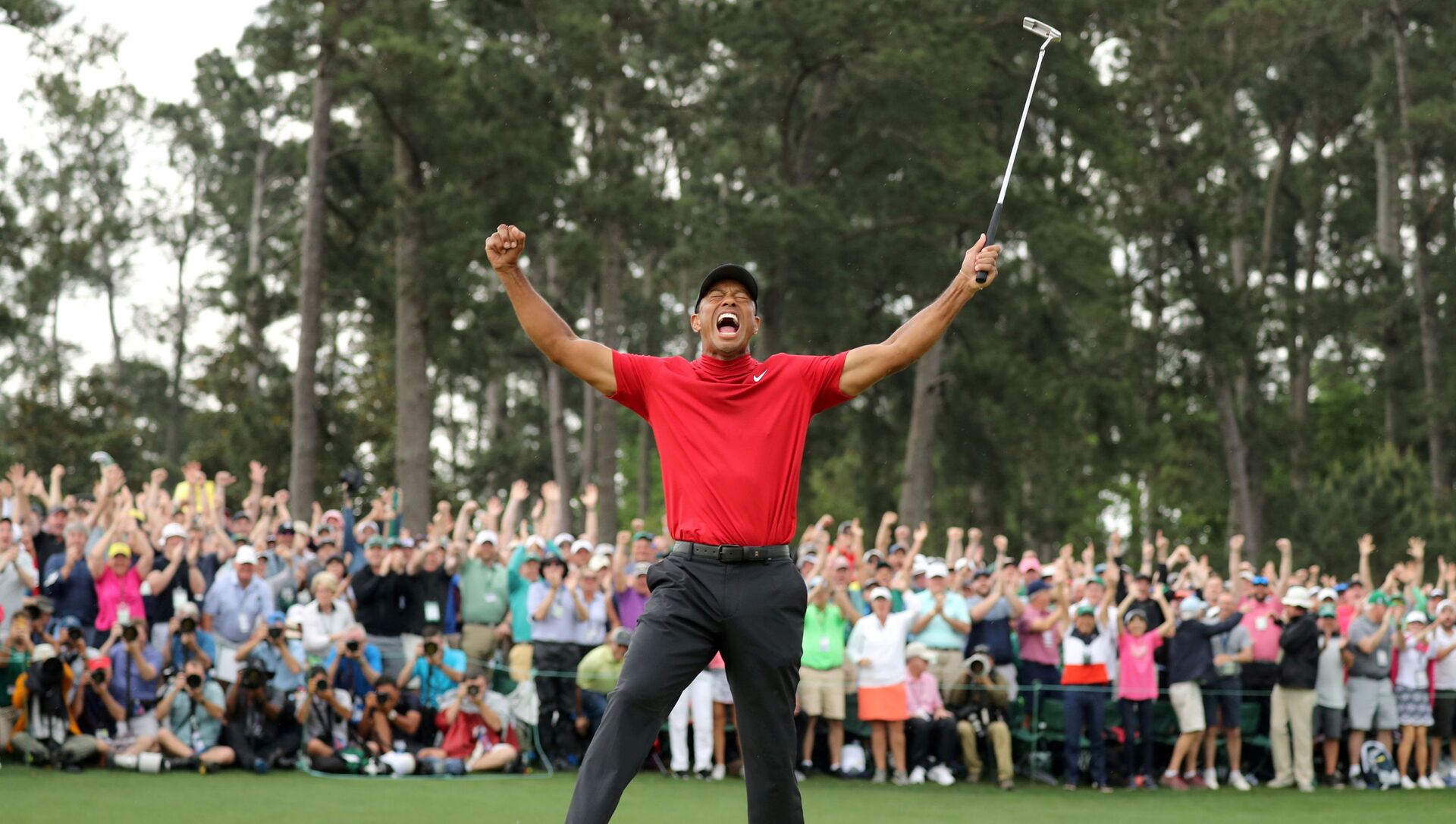 © REUTERS / LUCY NICHOLSON
Subscribe
Chris Summers
All materialsWrite to the author
Golf was invented in Scotland hundreds of years ago but professional golf only appeared in the late 19th century. There are four major championships - known as the majors - and a number of other tournaments on the PGA Tour.

Tiger Woods is recovering in hospital after his car went out of control, left the road and collided with a tree near his home in southern California on Tuesday, 23 February.

Woods, 45, had to be cut out of the wreckage and is in the Harbor-UCLA Medical Center in Los Angeles with "multiple leg injuries."

​A statement on his Twitter account said he had emergency surgery on his lower right leg and ankle, and a rod had been inserted into the foot and ankle.

Dr Anish Mahajan, chief medical officer of Harbor-UCLA, said: "Trauma to the muscle and soft tissue of the leg required surgical release of the covering of the muscles to relieve pressure due to swelling." 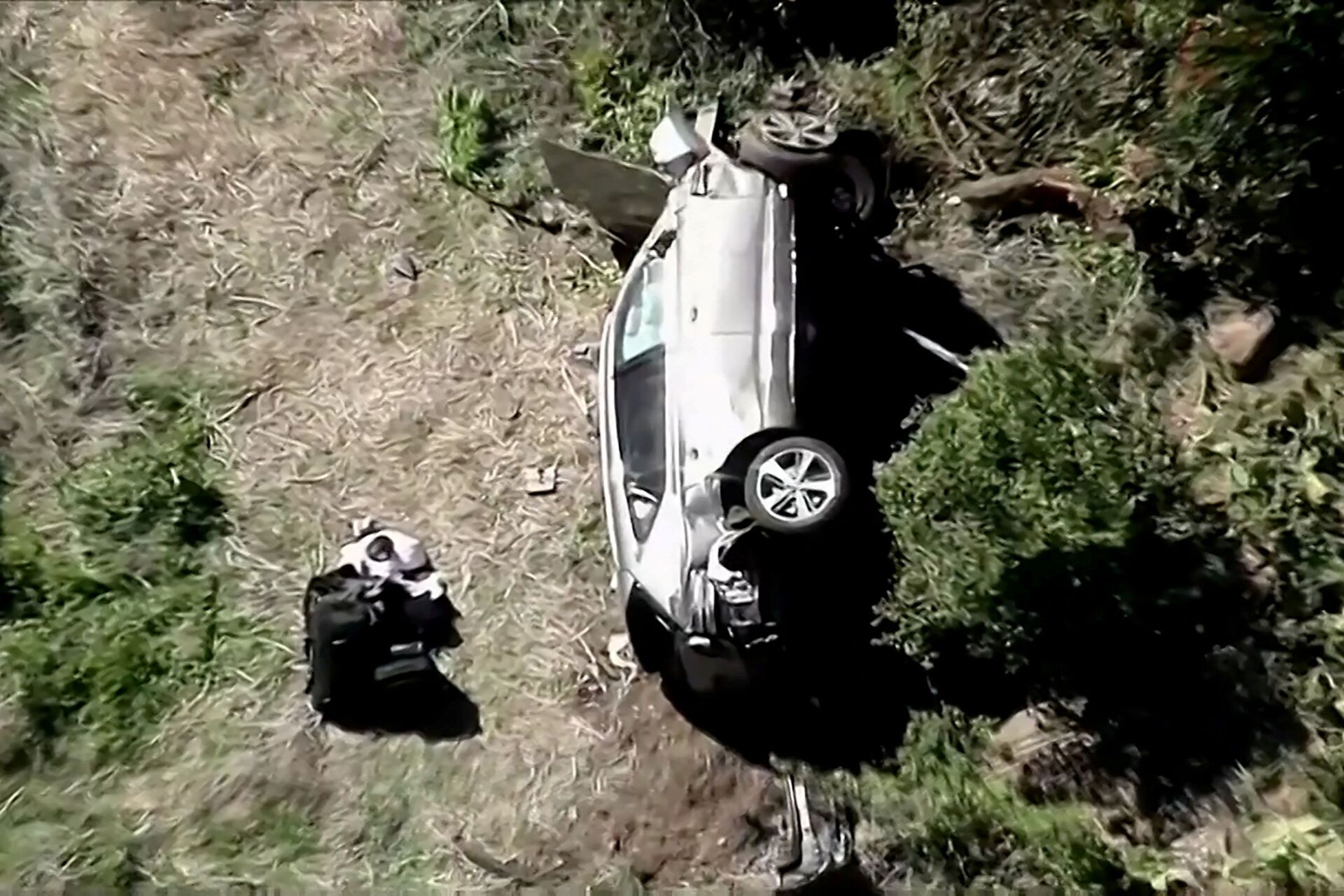 The vehicle of golfer Tiger Woods, who was rushed to hospital after suffering multiple injuries, lies on its side after being involved in a single-vehicle accident in Los Angeles, California, U.S. in a still image from video taken February 23, 2021
© REUTERS / KNBC

Golf fans will be wondering whether Woods will ever be able to walk again, let alone play at the very top level of professional golf.

So why is Woods a household name and are there any records he had left to break?

Woods was a golfing child prodigy and won the US Junior Amateur championship at the tender age of 15.

Sending my prayers to @TigerWoods and his family tonight—here’s to a speedy recovery for the GOAT of golf. If we’ve learned anything over the years, it’s to never count Tiger out.

​He won his first major - The Masters - in 1997, blowing away Tom Kite by 12 strokes in the final round, the biggest margin in the tournament’s history.

Woods is the only modern professional to win all four major golf titles - the US Open, The (British) Open and the PGA Championship in 2000 and the Masters in 2001.

Fight @tigerwoods like the champion you are for your kids and the world. Love and prayers

​But he peaked in his 20s and suffered a number of injuries and operations on his back and knees in his 30s.

His reputation was tarnished in 2009 when it emerged that not only had Woods had an affair while married to Elin Nordegren, a Swedish former model, but he was a womaniser and sex addict.

Woods appeared contrite and was reportedly forgiven by Nordegren but the couple later divorced.

He slowly rebuilt his golfing career, being named the PGA Player of the Year in 2013 and winning The Masters in 2019.

prayers out to tiger woods. just yesterday he was golfing with dwyane wade pic.twitter.com/MlPhNeavaF

​But if Woods’ career on a golf course is over, has he done enough to be considered the greatest golfer ever?

There have been many great players since the start of the modern era.

Today in 1927, at Cedar Crest Country Club in Dallas, Texas, @TheHaig16 won a fourth straight @PGAChampionship. He remains the only golfer to win 4 consecutive majors without a year's interruption. pic.twitter.com/j15p51peAj

​Hagen is believed to have been the first millionaire sportsman - mainly due to endorsements for various golf clubs and balls - although he once said: "I never wanted to be a millionaire, just to live like one."

Snead won seven majors between 1942 and 1954 and one of his contemporaries, the South African-born Gary Player, who was just breaking through as Snead was thinking about retiring, said: "I don't think there's any question in my mind that Sam Snead had the greatest golf swing of any human being that ever lived.”

Sam Snead at the age of 61 ties for second at the 1974 Glen Campbell Los Angeles Open. Thoughts on wardrobe @MrStyleMH @SecretGolf pic.twitter.com/VCcLY260S2

​Snead, nicknamed The Slammer, set a record of winning 82 PGA Tour tournaments in 1965, a record which Woods equalled in 2019 when he won the Zozo Championship in Japan.

After that win Woods said: "Having had my fourth back procedure and being able to come back and play at a decently high level again, it put the number back in the conversation again. Lo and behold, here we are tied (with Snead)."

But he needs one more PGA Tour win to eclipse Snead.

Barbara and I just heard about Tiger’s accident, and like everyone else, we are deeply concerned. We want to offer him our heartfelt support and prayers at this difficult time. Please join us in wishing Tiger a successful surgery and all the best for a full recovery.

​Another record he needs to break is the 18 majors won by Jack Nicklaus.

Woods has won 15 - the last in 2019 - but he is desperate to beat the record held by the man nicknamed The Golden Bear.

Nicklaus won the US Open in 1962, aged just 22, and the following year won both the Masters and the PGA.

Glad to hear Tiger has a chance to live a normal life. I don't care whether he plays golf again or catches Jack Nicklaus. Tiger has given me enough joy on the golf course. I'm good with the memories I have of him. I was worried about him being confined to a wheelchair.

​His 18th major came in 1986 - when he was 46, a year old than Woods is now - when he fought off a tough challenge from Tom Kite, Greg Norman and Seve Ballesteros to win his sixth Masters at Augusta in Georgia.

Many still consider Nicklaus the greatest ever and it is difficult to see Woods coming back from his horrific leg injury to mount a challenge to the Golden Bear’s record.