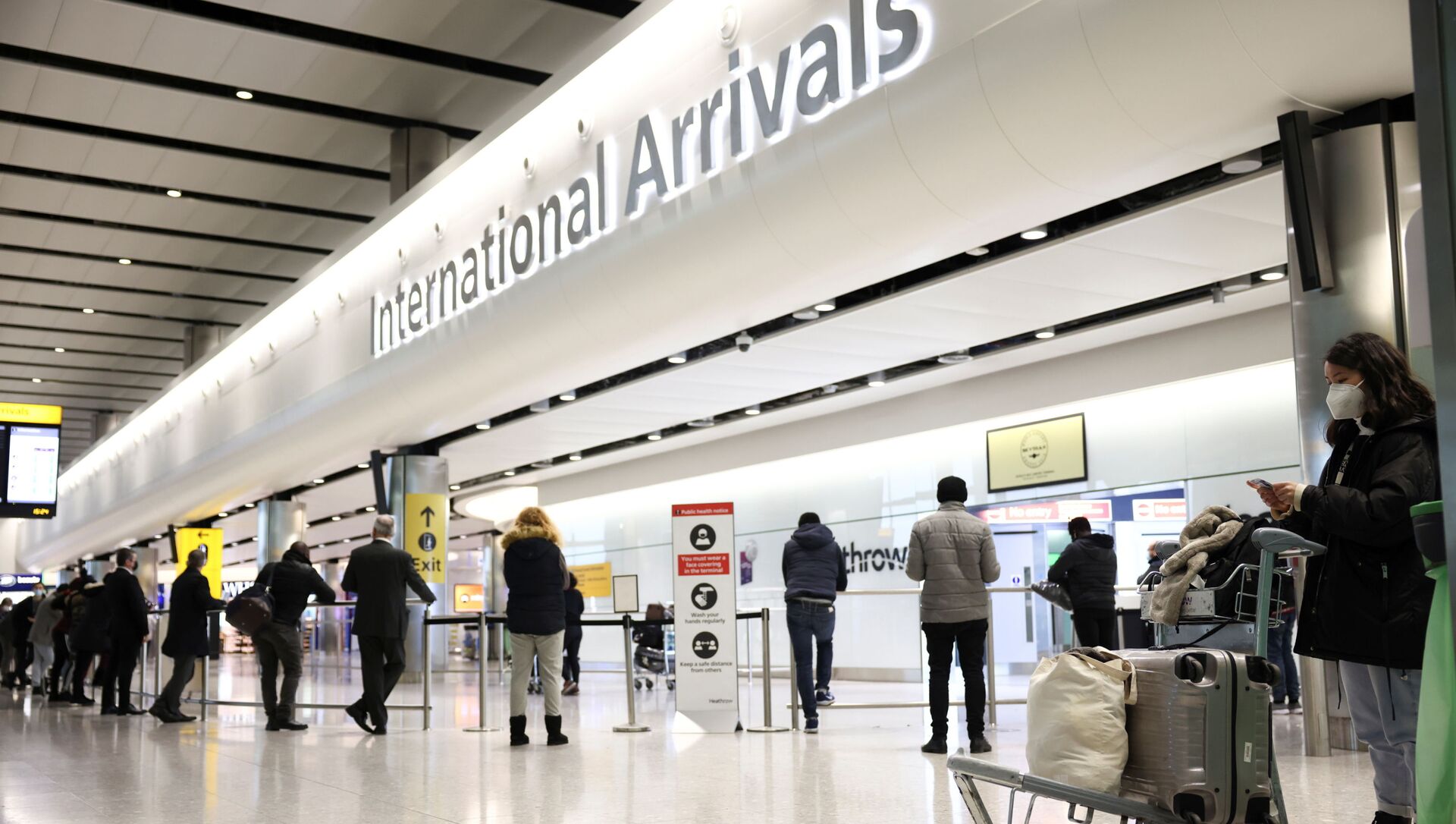 Oleg Burunov
All materialsWrite to the author
On Monday, UK Health Minister Matt Hancock hailed the country's compulsory hotel quarantine rules as something that "will provide another layer of security" against new variants of the coronavirus.

Britain's quarantine "red list" is set to be expanded and may include the US and Spain, a move that will essentially ban all American and Spanish citizens from entering Britain, The Daily Telegraph reports.

Under London's new hotel quarantine scheme, anyone travelling to the UK from 33 coronavirus hotspots will have to stay in a government-approved facility for 10 nights.

"The US and Spain are on the list so it means some of the bigger markets will be considered by officials as part of the discussions before being put to ministers. It will be based on evidence from the Joint Biosecurity Centre (JBC)", the newspaper cited an unnamed government source as saying on Friday.

The remarks followed representatives of the UK Department of Transport meeting the country's health officials on Thursday to discuss the latest data on the new, more contagious variants of COVID-19 in the US and Spain.

A final decision on whether to add the two countries to Britain's "red list" is expected to be made at a meeting of the Cabinet COVID-19 operations committee scheduled for later this week.

Last week, UK Health Minister Matt Hancock announced that starting from 15 February, UK and Irish citizens as well as foreign nationals with residence permits in Britain arriving from the "red list" of countries suspected of having a high prevalence of the new coronavirus strains would have to quarantine for 10 days in hotels designated by the government. 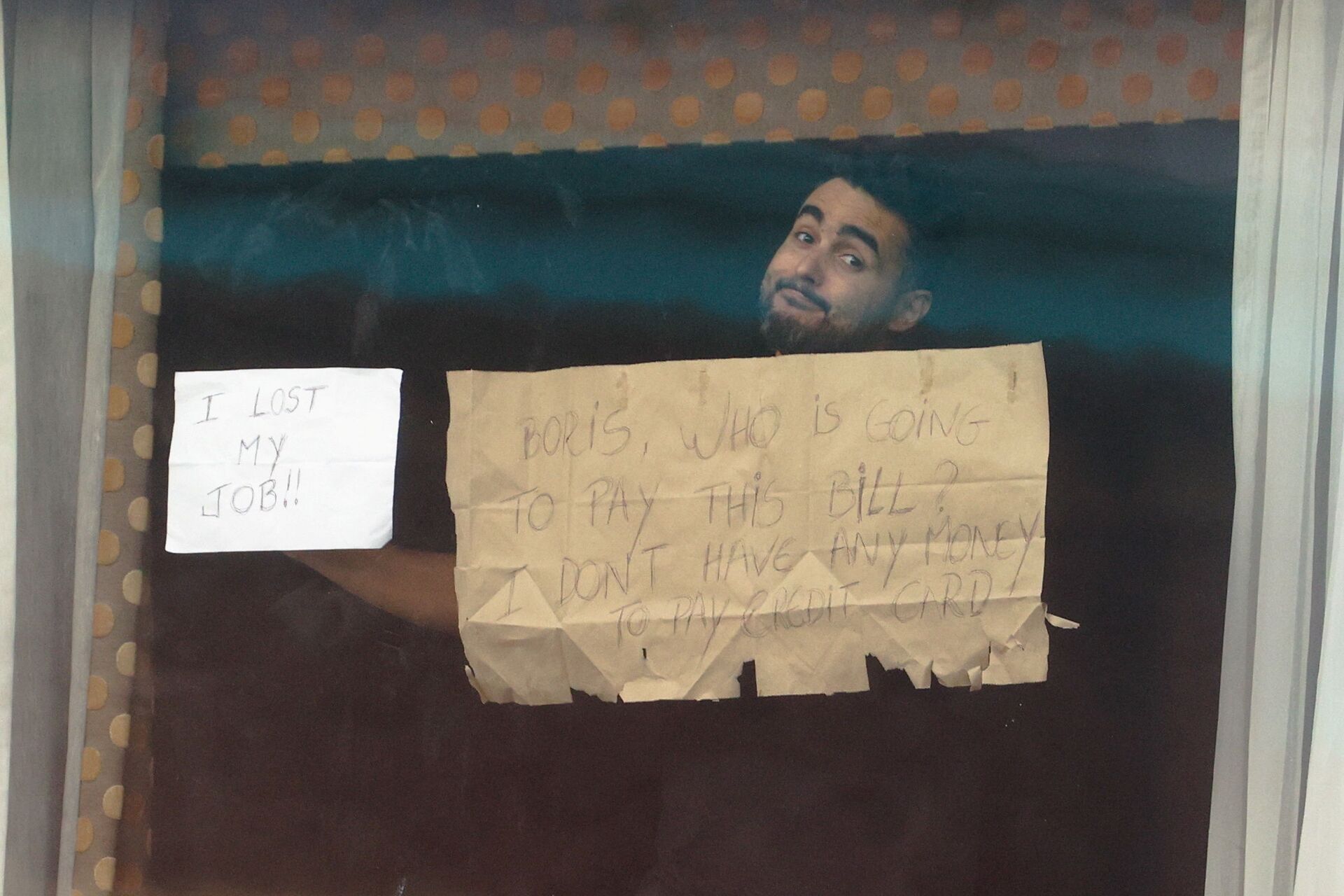 A person holds a sign from a window of the Radisson Blu Hotel at Heathrow Airport, as Britain introduces hotel quarantine programme for arrivals from a "red list" of 30 countries, amidst the coronavirus disease (COVID-19) outbreak in London, Britain, February 16, 2021
© REUTERS / HANNAH MCKAY

Arrivals are obliged to take a coronavirus test before travelling and buy a quarantine bundle that includes transfer, food, board, and testing at a price of 1,750 pounds ($2,434).

Welcome to the Hotel Quarantine: What We Know About UK Mandatory Self-Isolation Facilities
The introduction of the rules came as another variant of COVID-19 with a potentially worrying set of mutations was reportedly found in the UK.

The Guardian quoted researchers from the University of Edinburgh as saying that the new variant, called B1525, was detected through genome sequencing in at least 10 countries. The first sequences emerged as early as December and are said to have cropped up in the UK and Nigeria.

According to the scientists, B1525 is similar in its genome to the Kent variant, or B117 - first identified in southeast England last September and now in place in more than 80 countries across the world. It is estimated to be between 30 and 70 percent more lethal and between 35 and 45 percent more transmissible than the original virus.