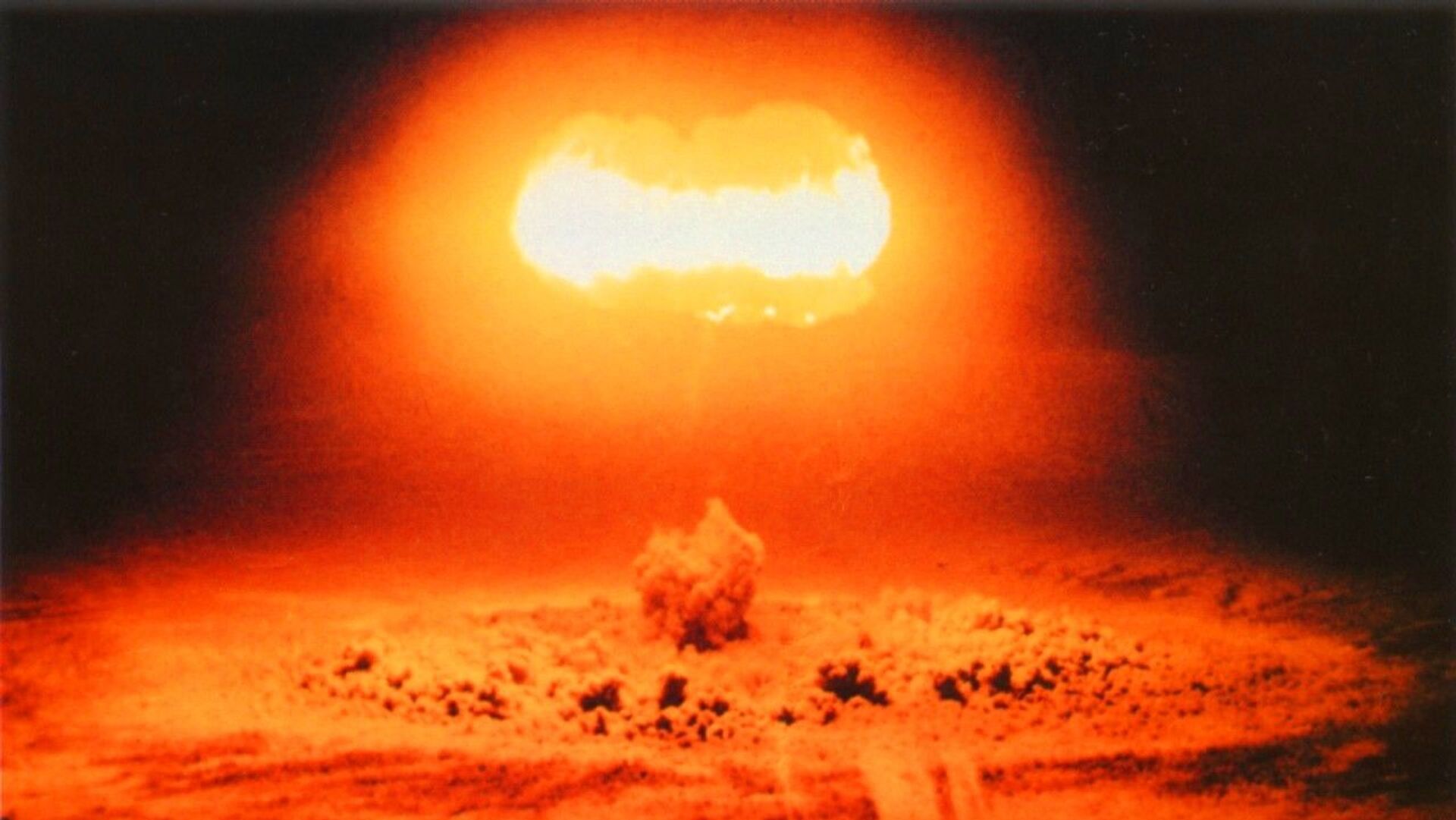 Morgan Artyukhina
All materialsWrite to the author
Since 2019, the US has invested billions in developing new ground-launched missile systems like those that helped provoke a nuclear war scare in November 1983, but were subsequently banned as being too dangerous to the peace.

Newly released documents from the US State Department reveal the degree to which Soviet leadership believed a provocative, ultra-realistic NATO war-game in late 1983 was a cover for a genuine nuclear first strike against the Soviet Union.

While a great deal about the conduct of both NATO and Warsaw Pact forces during the November 1983 “Able Archer” war games was revealed in prior document dumps, the latest papers reveal for the first time what had previously only been surmised: the Soviets armed more than 100 strike aircraft in Central Europe with live nuclear weapons, ready to unleash a mutually assured armageddon at a moment’s notice.

The National Security Archive says it fought for years to get the documents, including an all-important report from 1989 by Lieutenant General Leonard H. Perroots, the intelligence chief for US Air Forces in Europe during the drills. The archive noted that the Defense Intelligence Agency had long claimed the memo was “lost,” but State Department historians later uncovered the file in the CIA’s archives.

Perroots’ memo reveals that the tit-for-tat situation that resulted during the war games, as each side upped the ante with an increasingly aggressive posture, was much closer to exploding than the public realized, or than the Pentagon admitted. Clearly, the Soviets were not simply posturing, but feared that a nuclear strike by the United States and its allies was extremely likely in the coming hours and days.

The Soviet fears were not idle: years of psychological operations had prepared the ground by driving up Soviet anxieties. American bombers would practice attack runs, peeling of at the last minute as Soviet radar sites sounded the alarm; American submarines would push the limits of how close they could sneak to Soviet naval installations; and most importantly, dangerous new missiles were being stationed in Europe that make a nuclear first-strike seem almost possible: the Pershing II medium-range ballistic missile. 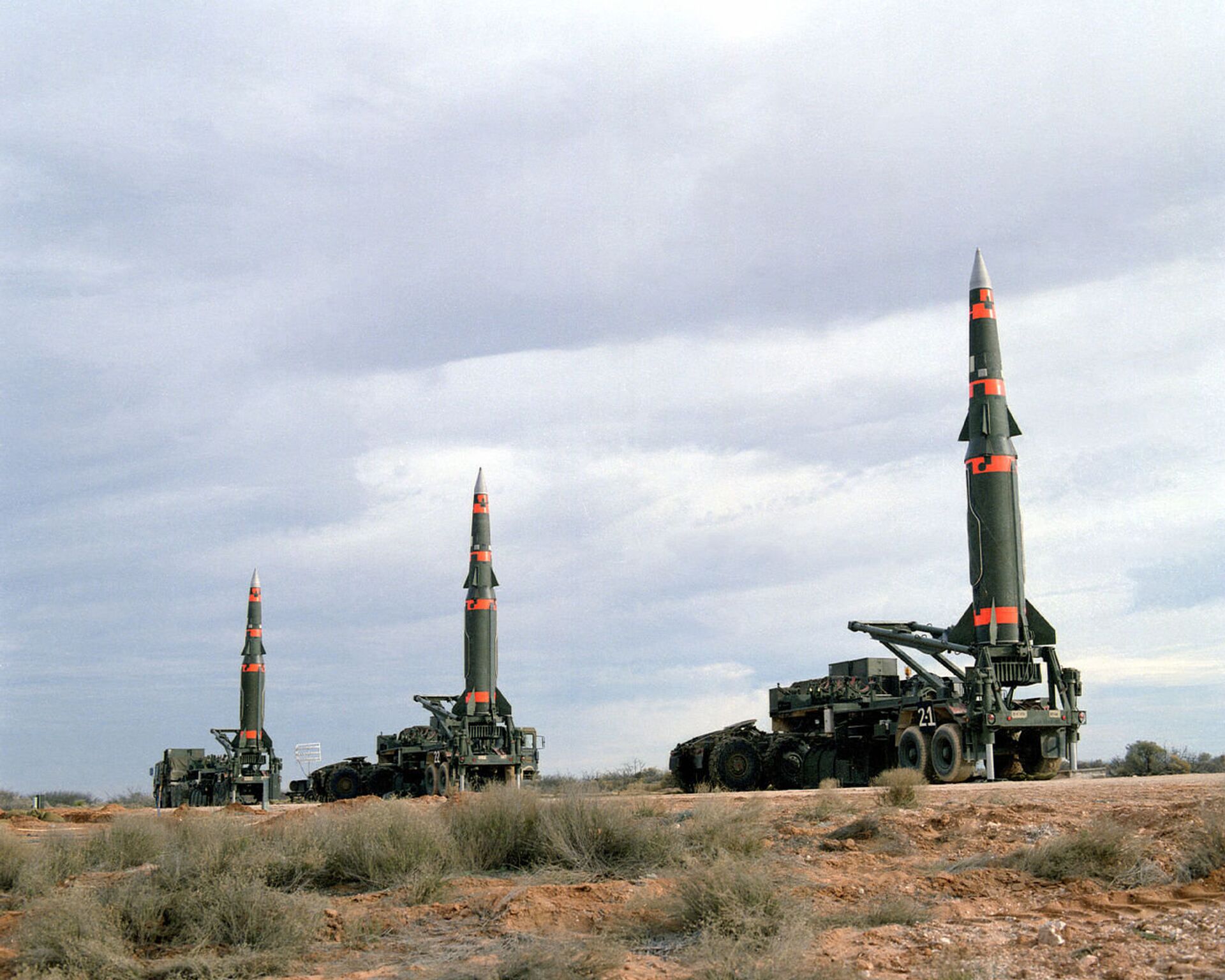 The Pershing II MRBM was a marvel of high-tech apocalypticism: with a 900-mile range, an apogee of just 60 miles, and a maneuverable, radar-guided reentry vehicle, the missile could put an 80-kiloton nuclear warhead on Moscow in between six and 11 minutes, according to Pentagon leaders. Such a fast strike time gave the Soviets just minutes to identify, analyze and respond to the threat, greatly increasing the risk of them misreading a situation and launching a mistaken nuclear return volley, believing it to be their only chance.

The first of hundreds of Pershing IIs were expected to begin arriving in West Germany in late 1983, around the time of the Able Archer war game.

More events further turned up the tensions. In April of that year, a US Navy strike group of 40 warships approached the Russian Far East in a war posture, jamming Soviet radars and making practice runs on Soviet radar sites on the mainland. Then, in early September, a Soviet interceptor shot down Korean Air Lines Flight 007 in Soviet airspace, killing 269 civilians, including a sitting US congressman, after mistaking the airliner for a US spy plane also flying in the area. Later that month, an error in a Soviet radar site seemed to show a nuclear missile launch from the United States, with preparations for a counter-strike only being averted by a mindful commander who suspected the computer was wrong.

Then, in the last week of October, the US launched an invasion of Grenada, overthrowing the socialist New JEWEL movement due to its growing friendliness with Cuba and other socialist nations, including the USSR.

“These actions were calculated to induce paranoia, and they did,” an internal Cold War history by the National Security Agency summarized it.

All this is why on November 3, 1983, NATO launched the most realistic war games they had ever performed, the Soviets were already on-edge. The war games simulated a steady escalating conflict, beginning with massive troop deployments across the Atlantic and the assuming of attack postures by NATO forces in Western Europe, and finishing with a DEFCON-1 declaration signaling imminent nuclear warfare. The drills employed never-before-seen codes, troop movements made under radio silence, and even involved West German Prime Minister Helmut Kohl and UK Prime Minister Margaret Thatcher.

As the drills unfolded, Perroots’ signals intelligence fed him regular information about Warsaw Pact actions, much of which were the expected sorts of routine preparations intended as a show of force. However, when something unexpected caught his eye, he knew the drills were going too far and that NATO needed to back off a bit. 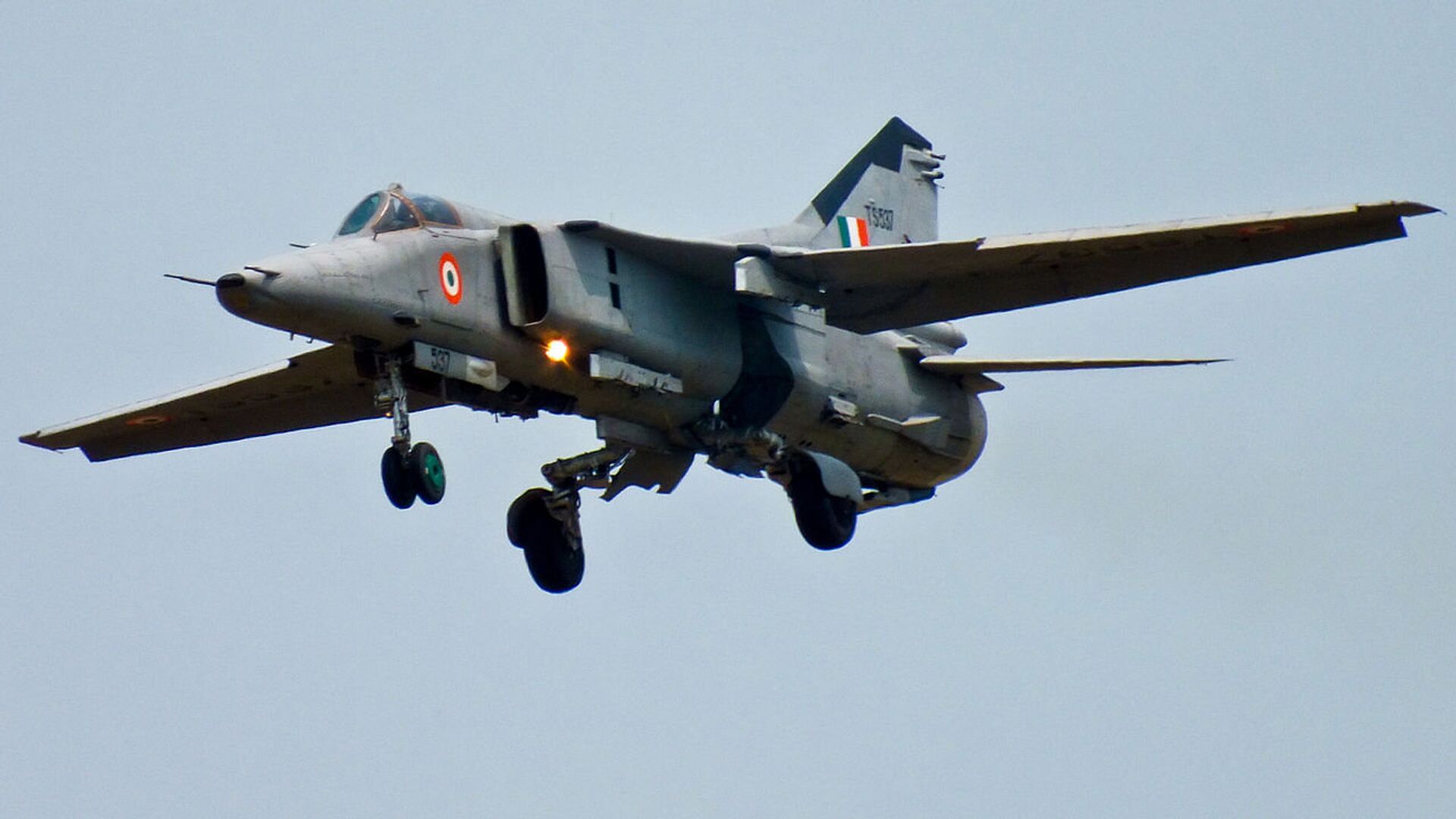 Perroots wrote that after being placed on constant heightened alert, the fighter-bomber divisions were also ordered to ready one squadron of each regiment to “destroy first-line enemy targets.” This, he notes, would total roughly 108 aircraft spread across East Germany and Poland.

“The alert aircraft were to be equipped with a self-protection jamming pod. We knew from subsequent NSA reporting that a squadron at Neuruppin, East Germany sought and was apparently granted permission to configure its aircraft without the ECM pod because of an unexpected weight and balance problem. My air analysts opined that this message meant that at least this particular squadron was loading a munitions configuration they had never actually loaded before, i.e., a war-load,” Perroots wrote. 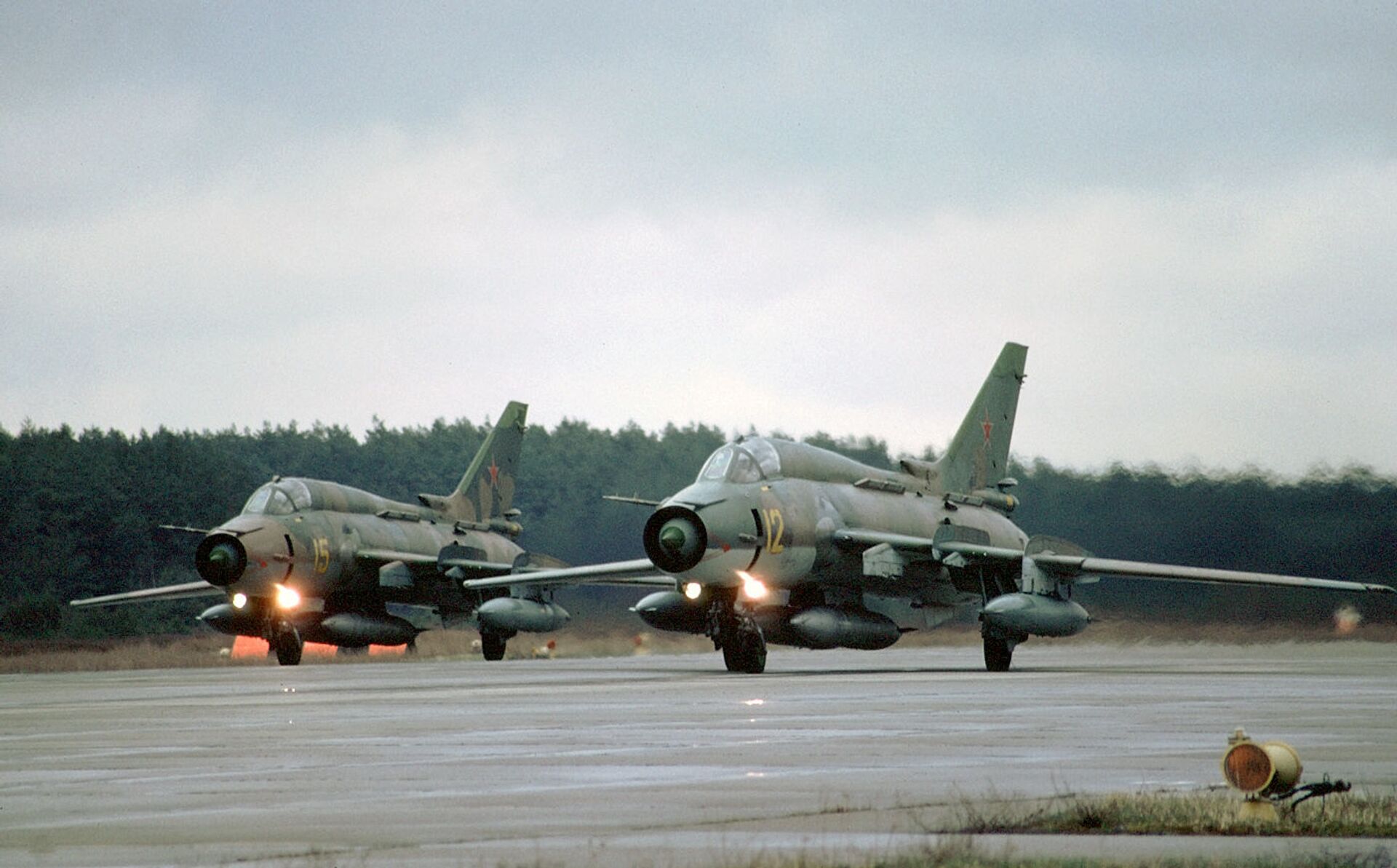 He said he later advised the commander-in-chief of US Army Air Forces Europe, Gen. Billy Minter, not to further increase their own alert posture. He noted that in December, after the drill was complete, he received an NSA message citing a source inside the Soviet KGB that during Able Archer-83, the chief of the Soviet Air Forces, Air Marshal Pavel Kutakhov, had placed the Soviet 4th Air Army at “heightened readiness … which included preparations for immediate use of nuclear weapons.”

Another document in the dossier, a lengthy 1990 report to the Foreign Intelligence Advisory Board of then-US President George H.W. Bush, noted that in 1983 ”we may have inadvertently placed our relations with the Soviet Union on a hair-trigger.”

After Able Archer ended on November 11 without incident, Soviet forces stood down from their alert. In the aftermath, US President Ronald Reagan began to take a more moderate diplomatic posture, and four years later, the two nuclear superpowers agreed to the Intermediate-Range Nuclear Forces (INF) Treaty, which banned weapons like the Pershing II. 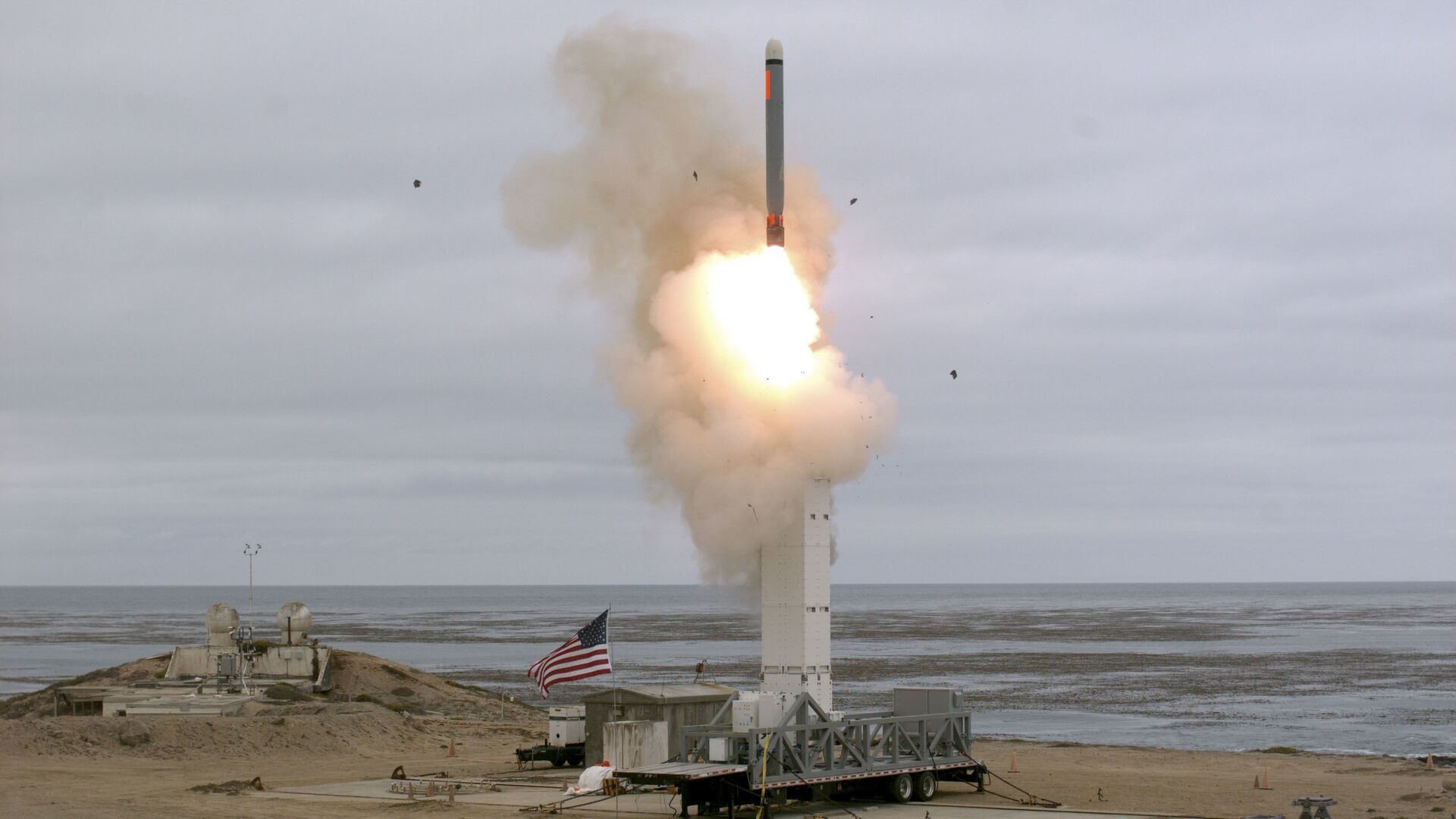 In 2019, the Trump administration pulled out of the INF Treaty, claiming Russia had violated its terms by introducing the Iskander ground-based missile Russia has denied these claims, saying its range did not violate the treaty. However, just days after the treaty lapsed in August 2019, the US began testing its own missiles that would have violated the treaty, and now has several such weapons in development.

Sputnik recently reported on a new prospective missile system being developed by Pentagon scientists that would be even more dangerous than the Pershing II: a hypersonic missile fired from a mobile truck that would have the ability to throttle down its thrust, allowing it to strike ultra-fast at any target inside its range.