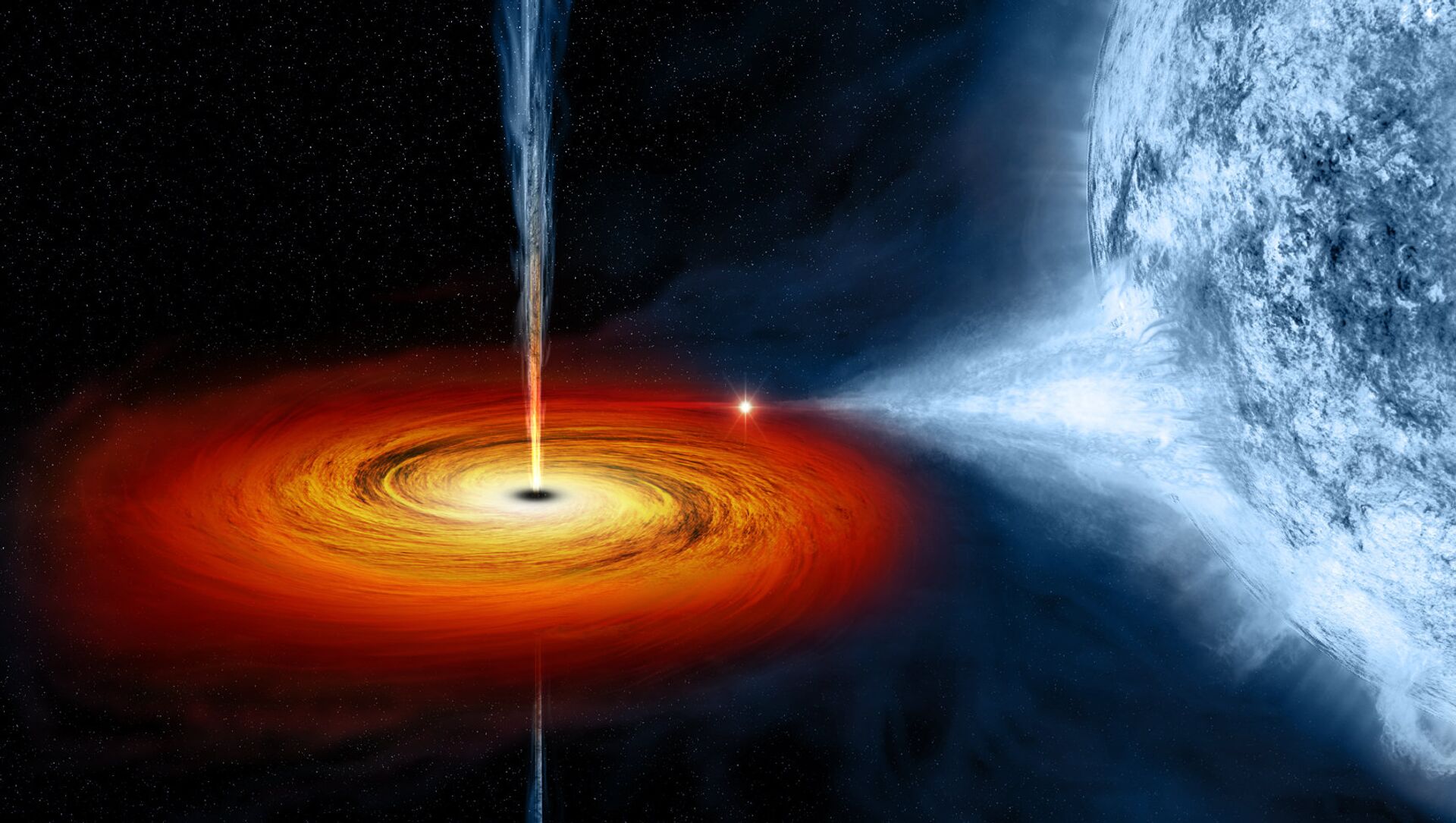 Max Gorbachev
All materialsWrite to the author
Located in the Cygnus constellation, it was discovered in 1964 during a suborbital rocket flight. It immediately attracted the attention of astrophysicists and has become one of the most studied astronomical objects. Scientists initially thought that it had 14.8 solar masses.

An international team of scientists says the mass of the first detected black hole is much bigger than was previously thought. According to the conclusions of their study, published on 18 February in the journal Science, Cygnus X-1 is more than 20 times the mass of the Sun.

The researchers say they examined the black hole and the companion star that it orbits every five and a half days with a Very Long Baseline Array, a collection of radio telescopes. The observations revealed that Cygnus X-1 is farther from us than scientists previously thought, which means that the object itself is bigger.

"The black hole is in a few-day orbit with a massive companion star. By tracking for the first time the black hole's orbit on the sky, we refined the distance to the system, placing it over 7,000 light-years from Earth", said Professor James Miller-Jones from Curtin University and the International Centre for Radio Astronomy Research (ICRAR).

The discovery makes Cygnus X-1 the most massive black hole ever discovered without the use of gravitational waves. Moreover, its mass bewildered the scientists so much that they say the current laws of physics need to be changed in order to explain how massive stars evolve to form black holes.

"Stars lose mass to their surrounding environment through stellar winds that blow away from their surface. But to make a black hole this heavy, we need to dial down the amount of mass that bright stars lose during their lifetimes. The black hole in the Cygnus X-1 system began life as a star approximately 60 times the mass of the Sun and collapsed tens of thousands of years ago", said Ilya Mandel from Monash University and the ARC Centre of Excellence in Gravitational Wave Discovery (OzGrav), who is also a co-author of the study.