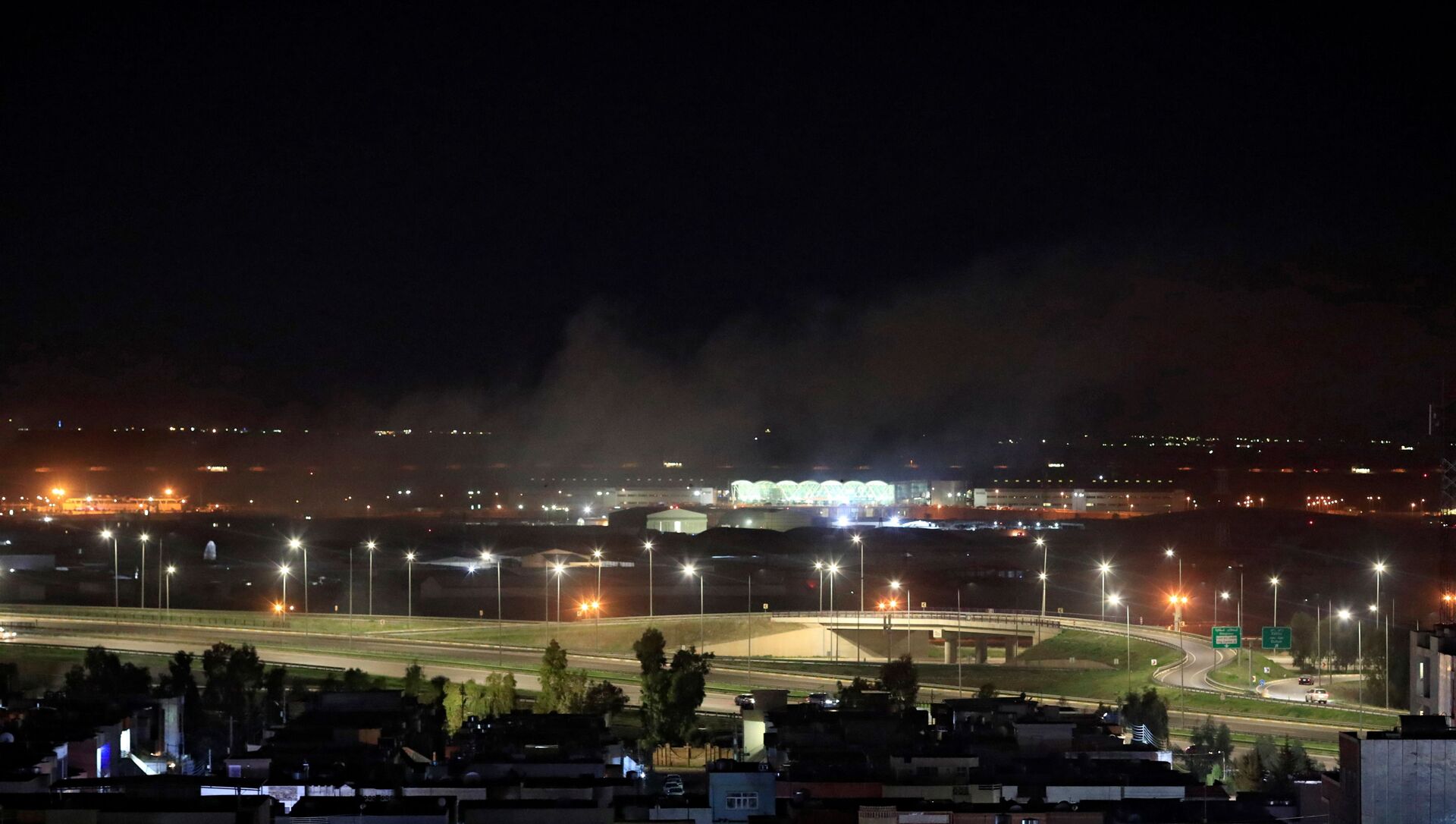 Ilya Tsukanov
All materialsWrite to the author
A civilian contractor was killed and at least nine other people, including a US soldier, were injured in a rocket attack on a military base used by US forces in Erbil, Iraq on Monday. The US and its allies almost immediately blamed Iran. Tehran rejected the claims, saying it sees a secure and stable Iraq as key to regional stability.

The United States is investigating the rocket attack on the US base in northern Iraq and reserves the right to retaliate, White House Press Secretary Jen Psaki has said.

“We’re still working through attribution with our Iraqi partners to determine precise attribution for this attack…I will convey that we are outraged by last night’s rocket attack in the Iraqi Kurdistan Region,” Psaki said at a briefing in Washington Tuesday.

“As always, the President of the United States and the administration reserves the right to respond in the time and manner of our choosing, but we’ll wait for the attribution to be concluded first before we take any additional steps or obviously have any additional announcements,” the press secretary added.

Price emphasised that any “response” would be carried out “in coordination with our Iraqi partners,” and that it was “a matter of Iraqi sovereignty".

Asked to comment on claims that the 107 mm rockets used in the attack were Iranian-made Fajr-1s, Price said that it was a “sad reality” that “these kinds of rocket attacks have become more commonplace in recent years”, adding that “with the implementation of the so-called ‘maximum pressure’ strategy…we have seen this spiral of attacks in recent months and beyond”.

Turkey to Expand Anti-PKK Operations in Northern Iraq, Erdogan Says
A barrage of rockets fell near the Erbil international Airport in Erbil, Iraqi Kurdistan on Monday, with at least three of the rockets landing inside a base used by US and coalition forces. Iraqi Kurdistan Prime Minister Masrour Barzani said he had spoken to US Secretary of State Antony Blinken about the attack and agreed to coordinate an investigation. Iraqi President Barham Salih called the incident a “dangerous escalation and a criminal terrorist act.”

A little-known Shia militia calling itself ‘Saraya Awliya al-Dam’ (‘The Avengers of Blood Brigades’) claimed responsibility for the attack, and promised further strikes against “American occupation” forces in Iraq.

US and coalition attempts to link Iran to the attack have been met with vocal denials by Tehran. “Iran not only strongly rejects these rumours, but also flatly condemns suspicious attempts to attribute the attack to Iran,” Foreign Ministry Spokesman Saeed Khatibzadeh said Tuesday. The spokesman emphasised that a stable Iraq was important to Iran’s security.

Monday’s attack appears to be reminiscent of a December 2019 rocket strike on Iraqi Kurdistan’s K-1 Air Base, which killed a US civilian contractor and injured several US and Iraqi personnel. That incident prompted a massive US ‘retaliation’ against Kata’ib Hezbollah, a major Iraqi Shia militia, and eventually culminated in the January 2020 assassination of Iranian military commander Qasem Soleimani and Kata’ib Hezbollah leader Abu Mahdi al-Muhandis at Baghdad’ airport.

Iraqi Intel Believes Daesh Carried Out Attack Used by US as Pretext to Kill Iranian General - Report
The killings prompted Iran to lob over a dozen ballistic missiles at two US bases in Iraq, injuring over 100 US troops, and brought Washington and Tehran to the brink of war. Months later, Iraqi military and intelligence sources told US media that they believed Daesh (ISIS)* remnants were responsible for the K-1 attack.

In response to the Soleimani/al-Muhandis killings, Iraq’s parliament issued a resolution demanding the withdrawal of all US forces in Iraq. The Trump administration spent much of 2020 drawing down troop levels, with about 2,500 troops stationed in the country as the Republican president left office in January. The Biden administration has not mentioned any further possible troop reductions in Iraq, but halted a Trump plan to withdraw all US forces from Afghanistan by May 1.