'Science is Too Conservative': Harvard Prof Says 'Oumuamua Could be Product of Another Civilization 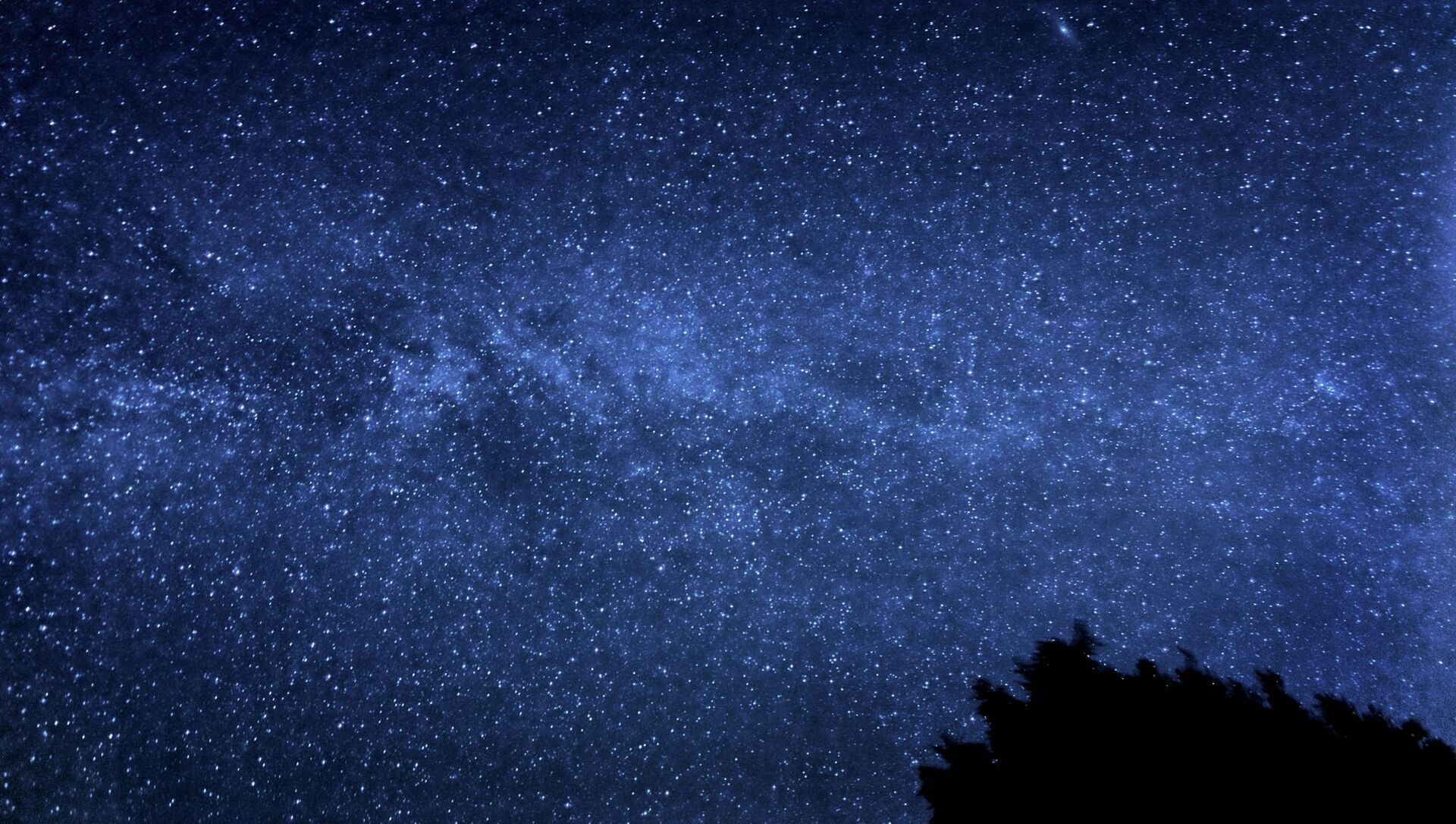 Aleksandra Serebriakova
Moscow-based Sputnik correspondent specializing in foreign affairs.
All materialsWrite to the author
Astronomers believe that only in the Milky Way there are nearly 50 billion stars orbited by planets that have all necessary conditions to host life. So how come we have not come across any human-like species yet?

UFO hunters from mystery-shrouded YouTube channels have probably found an unusual ally at Harvard University, after the school’s Professor Ali Loeb argued that it was rather “presumptuous” for people to believe that we are “the only intelligent beings in this vast cosmos”.

“In fact, to imagine we humans are alone in space is not merely arrogant, it is scientific nonsense,” Loeb wrote in a Daily Mail column, as a part of his newly-released book “Extraterrestrial: The First Sign of Intelligent Life Beyond Earth”.

In the book, the scientific mind suggests that the famous ʻOumuamua object spotted by Hawaii’s Pan-STARRS telescope back in 2017, could be the product of “an intelligent civilisation not of this Earth”.

ʻOumuamua, which can be translated as “Scout”, was the first interstellar visitor to pass through the Solar System. It raised many questions among astronomers back then – especially in relation to its bizarre shape, trajectory and power source.

Loeb believes that theories that present the object as a comet or hydrogen iceberg do not stand up to scrutiny.

Oumuamua Carrying Life? New Research Spills the Beans on Interstellar Traveller Enigma
Instead, he argues that the weird intruder could have been powered by solar energy and be either “natural phenomenon, a sort of interstellar driftwood, or it is manufactured, like plastic.”

The object’s “constructed” nature seems more plausible to the professor, who argues that there is also a chance that it was our solar system, constantly spinning, that slammed into some civilization’s “buoy” in space and not the other way around.

“These could act as a communications grid, or an alert system, or lighthouses, or navigation devices, or stop signs — there is a wealth of possible explanations,” the Israeli-born researcher goes on. “The point is that all of these must be the technology of an intelligent organism.”

But where are these intelligent organisms now, if not on Earth, he asks? Well, according to the professor, if some beings were able to reach a stage where they could send ships across the universe they probably have also created some technologies to wipe themselves out:

“The civilisation that built and launched 'Oumuamua might have ceased to exist long before human history began. That makes it all the more important that we learn everything we can from it,” Loeb says.

But not all of the professor’s ideas have been accepted among his colleagues in the scientific community. This illustration shows ‘Oumuamua racing toward the outskirts of our solar system. As the complex rotation of the object makes it difficult to determine the exact shape, there are many models of what it could look like.
© NASA . NASA/ESA/STScI

Loeb points out that while many scientists believe in ‘string theory’ or in the idea that an infinite number of universes exist at the same time, the topic of aliens still causes a lot of laughs among respectable pundits.

“Science is too conservative, too concerned with reputations and funding, and not enough with exploration and adventurous thinking,” Loeb argues.

According to the writer, there is no doubt that “galaxy is rich with undiscovered life".

“And that is where I find the most cause for hope,” he concludes.

000000
Popular comments
If aliens have evolved in a way that their senses and minds are able to detect and process a physical effect, a blind observation to ourselves, such as gravity, this would give these sentient beings a great advantage when tackling a task such as interstellar relocation.
Terry Brown
16 February, 14:27 GMT
000000
,, So how come we have not come across any human-like spices yet?'' 'Species' darling, but we have come across them!. Before the next time you blindly repeat nasa, seti and astro-whatever's baloney.. pse. open theyfly dot com of Swiss Meier's over 1700 face to face chats since 1943, with a group of human ets on a now completed many 1000 year mission. Before you scream fraud as this may upset some.. note that Lt. Col. Wendelle Stevens, USAF Intel.and his team, after many years trying, failed to debunk Meier's evidence. Search..''YouTube.Billy Meier, UFO footage Time Travel Alien Photos Prophesy Documentary Wendelle Steven Contact''. Note.. at timing 49.20 on the vid, is an analysis of a photo of a Swiss Air Force Mirage jet trying to shoot down an IFO that came in for a photo shoot with Meier. At that time the female IFO 'operater' telepathed to Meier that she had to melt down the Mirage's gun system as the pilot was going to open fire.
TommyT
16 February, 15:14 GMT
000000
Newsfeed
0
New firstOld first
loader
LIVE
Заголовок открываемого материала
Access to the chat has been blocked for violating the rules . You will be able to participate again through:∞. If you do not agree with the blocking, please use the feedback form
The discussion is closed. You can participate in the discussion within 24 hours after the publication of the article.
To participate in the discussion
log in or register
loader
Chats
Заголовок открываемого материала
Worldwide
InternationalEnglishEnglishMundoEspañolSpanish
Europe
DeutschlandDeutschGermanFranceFrançaisFrenchΕλλάδαΕλληνικάGreekItaliaItalianoItalianČeská republikaČeštinaCzechPolskaPolskiPolishСрбиjаСрпскиSerbianLatvijaLatviešuLatvianLietuvaLietuviųLithuanianMoldovaMoldoveneascăMoldavianБеларусьБеларускiBelarusian
Transcaucasia
ԱրմենիաՀայերենArmenianАҧсныАҧсышәалаAbkhazХуссар ИрыстонИронауОssetianსაქართველოქართულიGeorgianAzərbaycanАzərbaycancaAzerbaijani
Middle East
Sputnik عربيArabicArabicTürkiyeTürkçeTurkishSputnik ایرانPersianPersianSputnik افغانستانDariDari
Central Asia
ҚазақстанҚазақ тіліKazakhКыргызстанКыргызчаKyrgyzOʻzbekistonЎзбекчаUzbekТоҷикистонТоҷикӣTajik
East & Southeast Asia
Việt NamTiếng ViệtVietnamese日本日本語Japanese中国中文Chinese
South America
BrasilPortuguêsPortuguese
NewsfeedBreaking
23:03 GMTTaiwan Urgently Needs to Develop Asymmetric Defense Capabilities to Deter China, Pentagon Says
22:51 GMTWatch: Hillary Clinton Weeps as She Reads Her 2016 Victory Speech That Never Happened
22:48 GMTOmicron Strain to Hinder World Economy Revival, WTO Director-General Says
22:44 GMTMBS’ Pre-GCC Summit Tour Takes Him to Doha for First Time Since Lifting Qatar Boycott
21:25 GMTIs Aggressive US Rhetoric Against Russia the Result of Biden's Poor Standing at Home?
20:52 GMTArizona's Ducey Calls in National Guard to Border, Urges Biden to 'Do Anything' With Migrant Crisis
20:45 GMTVirginia Library Removes Holiday Display Featuring 'Gender Queer' & 'Lawn Boy' Next to the Bible
20:13 GMTWhite House Unaware of Reports That Ex-President Bush Was Victim of Havana Syndrome
19:50 GMTInstagram CEO Testifies in US Senate on Potential Harm to Teenagers
19:44 GMTPentagon Chief Austin Rejects ‘Red Lines’ in Ukraine, Taiwan as US Draws its Own
19:01 GMTPiers Morgan Compares Joe Biden to Kim Jong-un in Column Bashing White House's Approach to Media
18:59 GMTPhotos of Ghislaine Maxwell Rubbing Jeffrey Epstein's Feet, Kissing Him Released by US Prosecutors
18:48 GMTJapanese F-35A Makes Emergency Landing During Routine Training Flight - Video
18:23 GMTPutin: Sanctions Under Pretext of US Security Attempt to Contain Russia's Development
18:03 GMTTucker Carlson Warns of Danger of ‘Hot War’ Between US and Russia Over Ukraine
18:02 GMTTrudeau: Canada Will Not Send Diplomatic Representation to China Olympics
17:56 GMT'A Verbal Agreement With Premier League Club? All False': Mancini Dismisses Man United Job Links
17:48 GMTBiden’s Empty Warning Over Putin’s Straw Man ‘Invasion’
17:42 GMTUS Reportedly Becomes Major Destination for UK's Post-Brexit Financial Services Exports
17:41 GMTIndia’s Congress Unveils 'Manifesto for Women' to Woo Voters in Uttar Pradesh