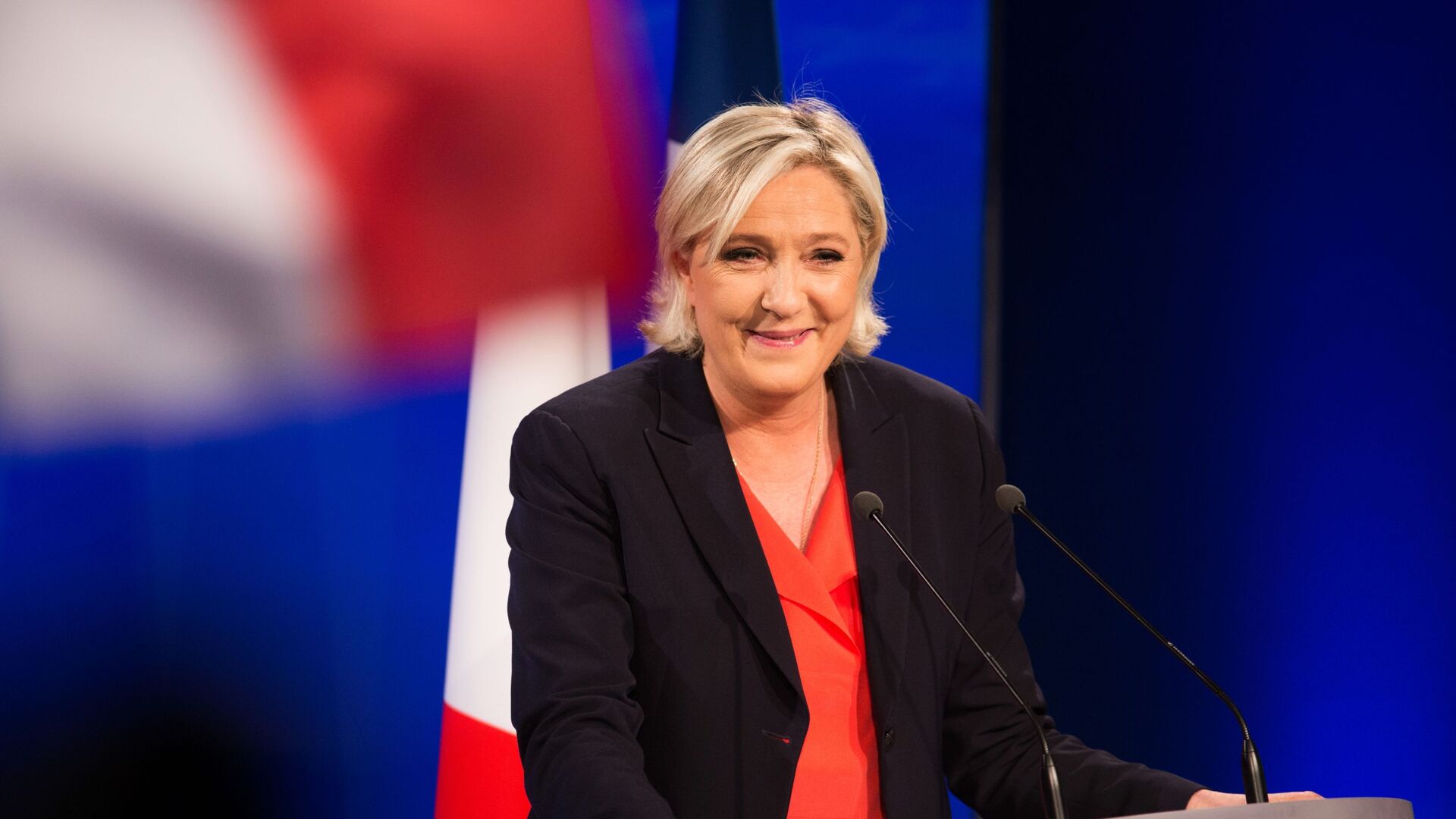 James Tweedie
All materialsWrite to the author
French President Emmanuel Macron has renewed his war on "Islamist separatism" since the beheading of teacher Samuel Paty on 16 October, cracking down on the independence of mosques. Now his Interior Minister has even accused nationalist Marine Le Pen of going soft on Muslim fundamentalists.

Le Pen, whose National Front party rebranded itself in 2018, stood up for Muslims' freedom of worship in a televised debate on Thursday with Interior Minister Gérald Darmanin.

"In her attempts to rehabilitate [her party], Ms Le Pen has gone a bit soft," Darmanin charged. "You need to take some vitamins, you’re not tough enough here."

Le Pen replied: "I don’t intend to attack Islam, which is a religion like any other. Because I am strongly attached to our French values, I want to conserve total freedom of religion."

President Emmanuel Macron has redoubled his offensive against what he calls "Islamist separatism" since the horrific murder of Parisian teacher Samuel Paty in October 2020. Paty had used satirical cartoons of Islam's prophet Mohammad in a class on freedom of expression, including one showing him naked with his genitals exposed.

He has demanded state control over mosques' finances and for religious leaders to sign up to a “charter of Republican values”.

"You’re not even prepared to legislate on religion, and you say that Islam is not even a problem. You’ve gone quite far, it’s going to disappoint quite a lot of your voters I imagine," the minister claimed. "Ms Le Pen says it’s not a problem with Islam, it’s a problem with ideology. The Salafists, the Muslim Brotherhood."

Burqas & Niqabs to be Banned Among School Students in Western German State of Baden-Württemberg
In 2010 France became one of the first of several socially liberal western European nations — at the core of the European Union — to legislate for a so-called Burqa Ban to prevent women from wearing the veil in public.

Others to have passed a ban on Islamic dress include Belgium in 2010, the Netherlands in 2012, Austria in 2017 and Denmark and Luxembourg in 2018. In 2017 Germany banned face coverings for all armed forces personnel, state employees and drivers. Of the more conservative east European nations, by contrast, only Bulgaria and Estonia have imposed blanket bans on face coverings.