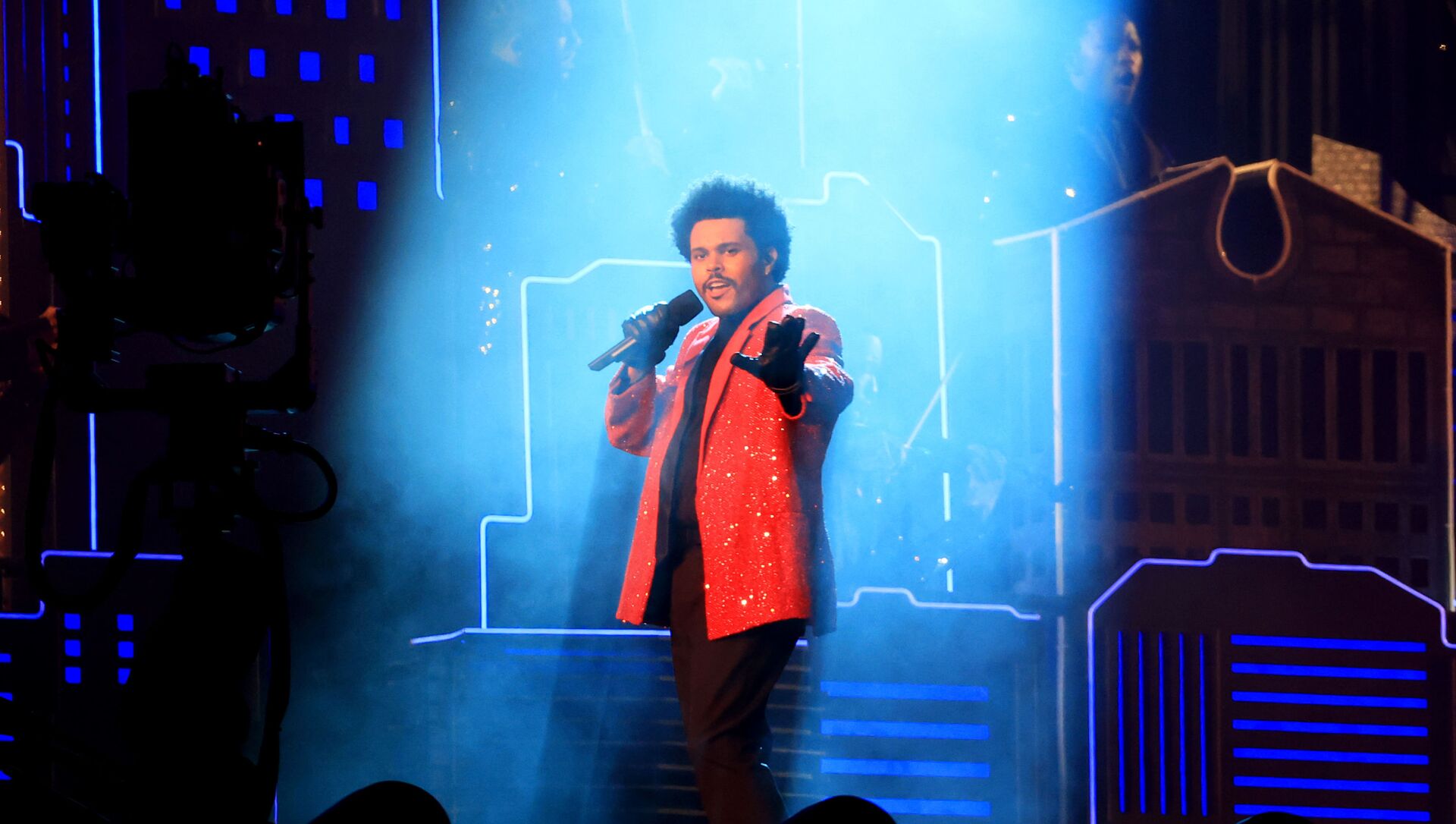 Morgan Artyukhina
All materialsWrite to the author
Canadian artists Shania Twain and Dan Aykroyd have also performed at the US National Football League's season-capping championship game, which is among the most-watched sporting events on the globe. However, Sunday's show by The Weeknd was the first time an artist from America's northern neighbor did it solo.

Toronto R&B artist The Weeknd has been honored with his own day by the city’s mayor after performing at Super Bowl LV on Sunday.

On February 7, the day of the championship football game watched by tens of millions of Americans, Toronto Mayor John Tory announced the day would forever be known in the Canadian city as “The Weeknd Day.”

The stage name for 30-year-old R&B artist Abel Tesfaye, The Weeknd became the third Canadian artist to headline the game’s halftime show and the first to perform a solo act.

“Toronto is proud that one of its own, The Weeknd, has achieved such enormous popularity both here at home and on the world stage,” Tory wrote in a proclamation posted on Twitter. “Millions of people will be watching him and cheering him on but we know Scarborough, a community he continues to support, will be cheering the loudest!”

Proud to proclaim February 7th The Weeknd Day in Toronto as we honour @theweeknd who is performing today at the #SuperBowl.

Torontonians are cheering on proudly as he takes the stage at the #HalfTimeShow. pic.twitter.com/8Pa3H8qDBT

​During the event, the Ethiopian-Canadian singer performed some of his greatest hits, including “The Hills” and “Blinding Lights,” two of his chart-topping singles, in a show put on with a choir, dozens of dancers and several elaborate sets including light shows, and fireworks.

"still buzzing from last night. I couldn’t stop smiling the whole performance," he tweeted the morning after the show. "thank you @pepsi @NFL @RocNation for believing in me to bring a fresh new take on the halftime show. XO we did it!"

Despite his success, The Recording Academy failed to nominate him for a Grammy last November, claiming the decision was made prior to his Super Bowl performance being announced.

In response, he called the awards “corrupt,” saying the academy “owe me, my fans and the industry transparency.” The Weeknd has won three Grammys along with numerous other awards from Billboard, MTV, and Canada's Walk of Fame.