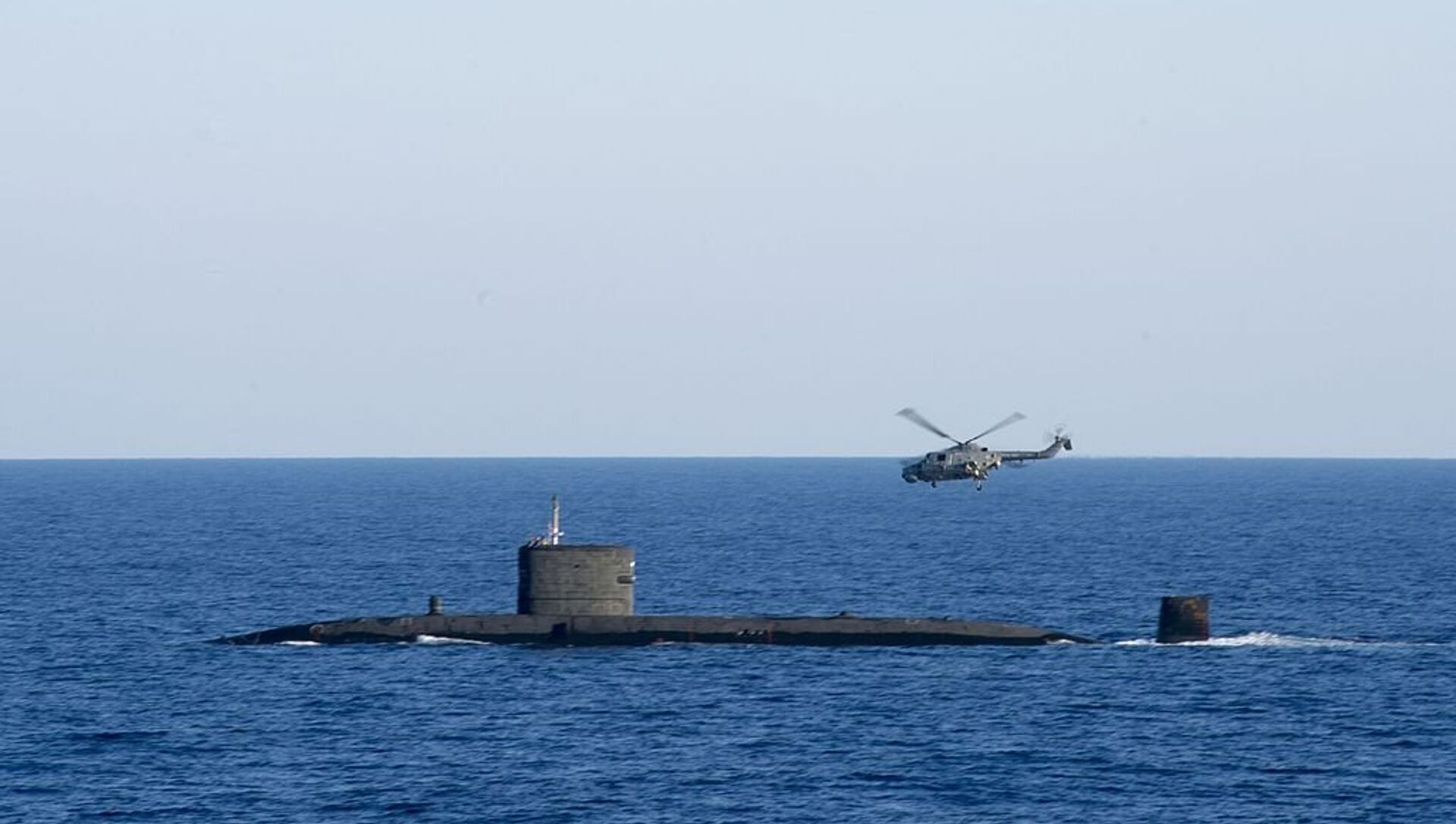 Ilya Tsukanov
All materialsWrite to the author
The HMS Talent, the sixth of seven Trafalgar-class hunter-killer nuclear subs built for the Royal Navy in the late 1980s, has a long history of deployment tracking Russian vessels. In 2015, UK media revealed that the sub had suffered about $750k in ice damage while snooping for alleged Russian boats in the North Sea.

A Royal Navy submarine has been spotted arriving in Gibraltar equipped with upgraded sensor equipment mounted either side of its conning tower thought to be connected to a "sub sniffer" suite enabling it to detect other boats without using sonar.

The HMS Talent arrived in Gibraltar on a “routine” visit on 2 February, with new sensors snapped by photographer David Parody. Speaking to the Gibraltar Broadcasting Corporation, Parody said the sensors were “clearly new to the ship and the entire class and an obvious development of the one already seen on the hull.”

Images of the new sensors are very different from the experimental system first seen in 2019. The Warzone speculates that the new, horn-like nubs protruding from either side of the conning tower could “improve the system’s ability to determine the range or depth of the target based on the differences between what each of the three arrays detect, broadly akin to how radio frequency signals can be triangulated.”

Looks like HMS Talent @RoyalNavy got something rather special fitted for her current Mediterranean deployment - original images by @dparody pic.twitter.com/xaGfTpD6NF

Commenting on the upgraded kit, Jane’s naval consultant editor Richard Scott told The Telegraph that the Royal Navy has been tinkering with non-acoustic detection technologies for about three decades now.

“Non-acoustic detection is about looking for changes or anomalies in the water column [such as] a particular trace or disturbance,” Scott explained, referring to sensors designed to snoop for things like minuscule radiation signatures emitted by the nuclear power plants aboard nuclear submarines, small changes in water pressure, chemical signatures from boats’ anti-corrosive coatings, or byproducts of oxygen generation systems.

The observer recalled that during the Cold War, Soviet subs “were observed with a host of probes coming out of them,” with Soviet researchers “regarded as having a lead in non-acoustic technology” during this period, with their work in the area going back to the 1960s. The Wake Object Detection System (Russian acronym SOKS) was fitted aboard the Project 945A Kondor-class and Project 971 Schuka-B attack subs built in the 1980s. 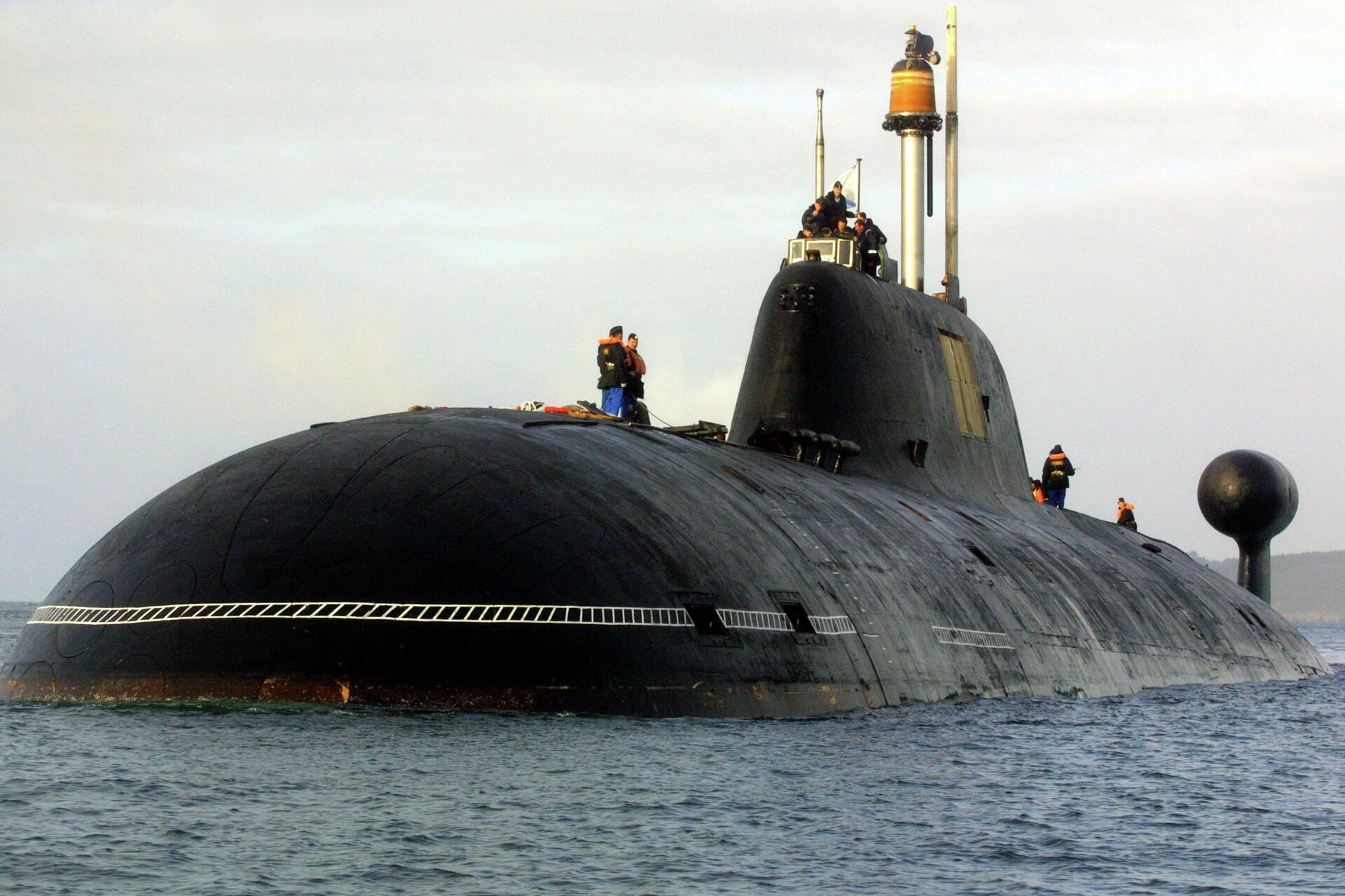 Today, “wake-detection, that can sense tiny bubbles left behind in the water column by a submarine, appears the most promising line of development,” Pete Sandeman, a naval specialist, told the newspaper about research into the non-sonar detection technology.

“The reason more non-acoustic systems are appearing on submarines now is likely to do with advances in computing and the need to find a new generation of very quiet submarines that are very hard to detect using passive sonar,” he said, suggesting that AI could improve non-acoustic sensors’ power even further.

The Telegraph speculates that the reason for the HMS Talent’s recent deployment in Gibraltar may be connected to the regular deployment of Russian submarines in the Mediterranean Sea, with the body of water said to serve as an "ideal testing ground" for boats fitted with the new sensor equipment.

On Friday, the Royal Navy reported that the Talent had recently put the Spearfish, which it described as “the world’s most advanced torpedo,” through its final paces, firing the weapon at ranges near the Isle of Skye off northwest Scotland. The Spearfish was said to have been fired three times, providing “valuable data in the final stages of the upgraded torpedo’s development ahead of its impending entry into service.” One of the tests including firing the torpedo at the sub itself.

Breaking the Ice: British Sub Suffers $750K Damage Tracking Russian Ships
The HMS Talent is one of three Trafalgar-class subs still in service in with the Royal Navy, with the boats slowly being retired and replaced by the new Astute class of attack subs, the first of which was commissioned in 2010. The Talent is expected to be decommissioned later this year.

The submarine has appeared regularly in the media in recent years, not always for the best of reasons. In 2015, the sub was involved in a minor crash with an ice floe while tailing a Russian sub, causing some half a million pounds in damage. In 2018, the British sub fired a warning flare at a Spanish Coast Guard vessel while approaching Gibraltar. In 2019, seven sailors were kicked off the Talent ahead of a “sensitive mission” to track alleged Russian subs in the North Sea and the Arctic Circle after being caught high on coke while on duty, with the incident described as a “major embarrassment for top brass.”