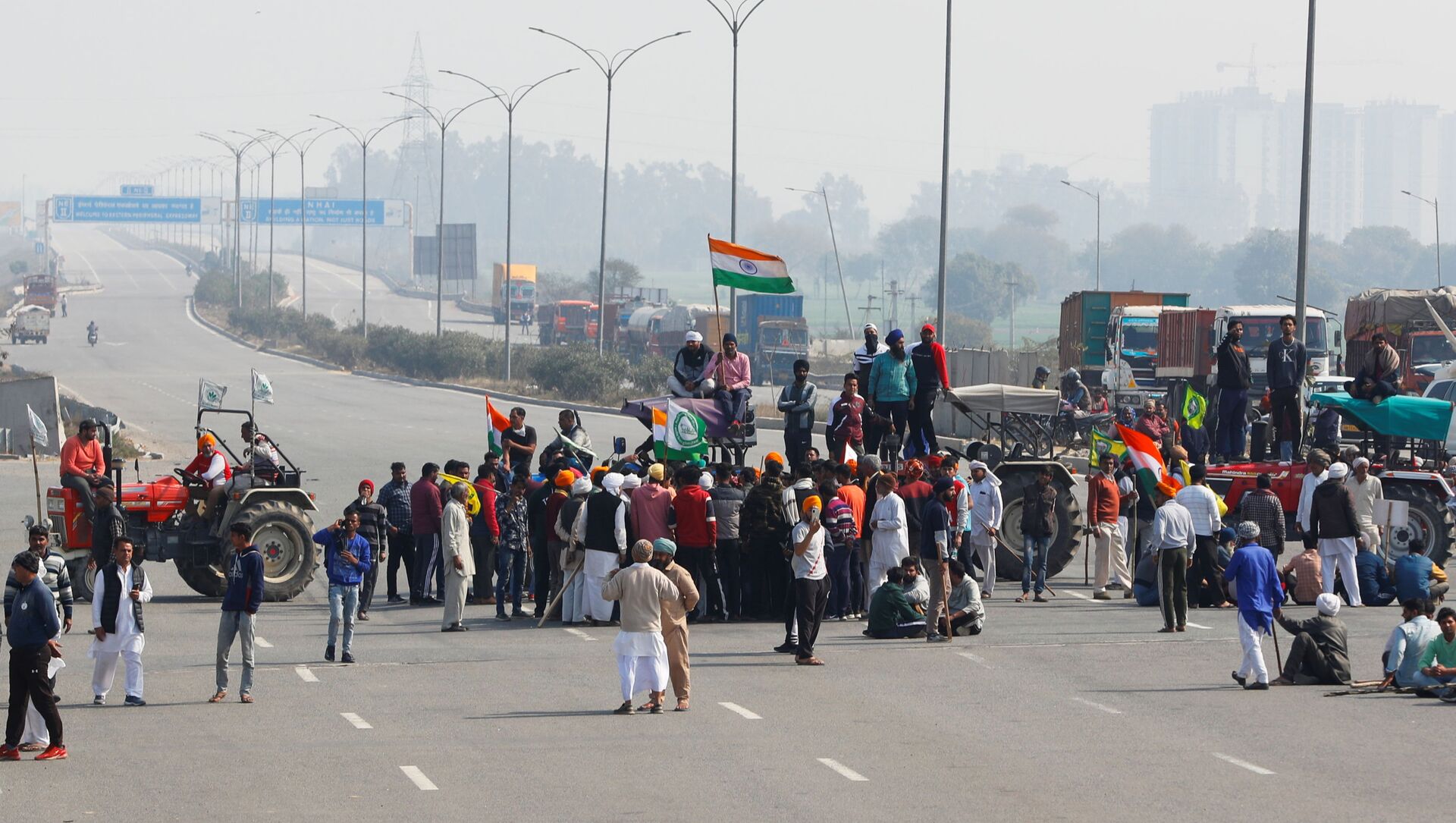 Priya Yadav
All materials
Protests by farmers entered their 73rd day today, with thousands camping on the border of the nation's capital Delhi, demanding that a series of new agricultural laws adopted by the Modi government be repealed.

Dozens have been detained across India during a three-hour "chakka jam" (highway blocking) protest launched by farmers, who blocked national and state highways.

Though Saturday's demonstrations were largely peaceful, reports of police detaining people for supporting the protests have been coming in from the states of Karnataka, Telangana, and the capital Delhi.

Around 50 people were detained in central Delhi for allegedly holding a protest in support of the farmers, a senior Delhi Police offiicer told Sputnik.

​In the southern state of Karnataka over 40 people were arrested by the police while they were blocking state highways in support of the agitation call, the newspaper Quint reported.

​The state of Telangana also reportedly saw police removing protesters on the outskirts of Hyderabad as part of the agitation.

The latest nationwide call for protests resulted in thousands of farmers spending three hours blocking state and national highways in a number of states.

The government authorities in the country's capital have suspended the internet in three areas on Delhi's borders until midnight on Saturday.

Protests have been raging across the country for weeks: on 26 January rallies in Delhi turned violent, with the farmers clashing with the police and leaving over 300 cops injured.

On Saturday, however, the demonstrations were marked by active cooperation with the authorities as farmers allowed ambulances to pass through and made way for the emergency vehicles. The farmers' unions had assured the government that emergency services would not be affected.

​In the state of Rajasthan farmers brought drums and musical instruments on the road and were seen dancing to mark their protest.