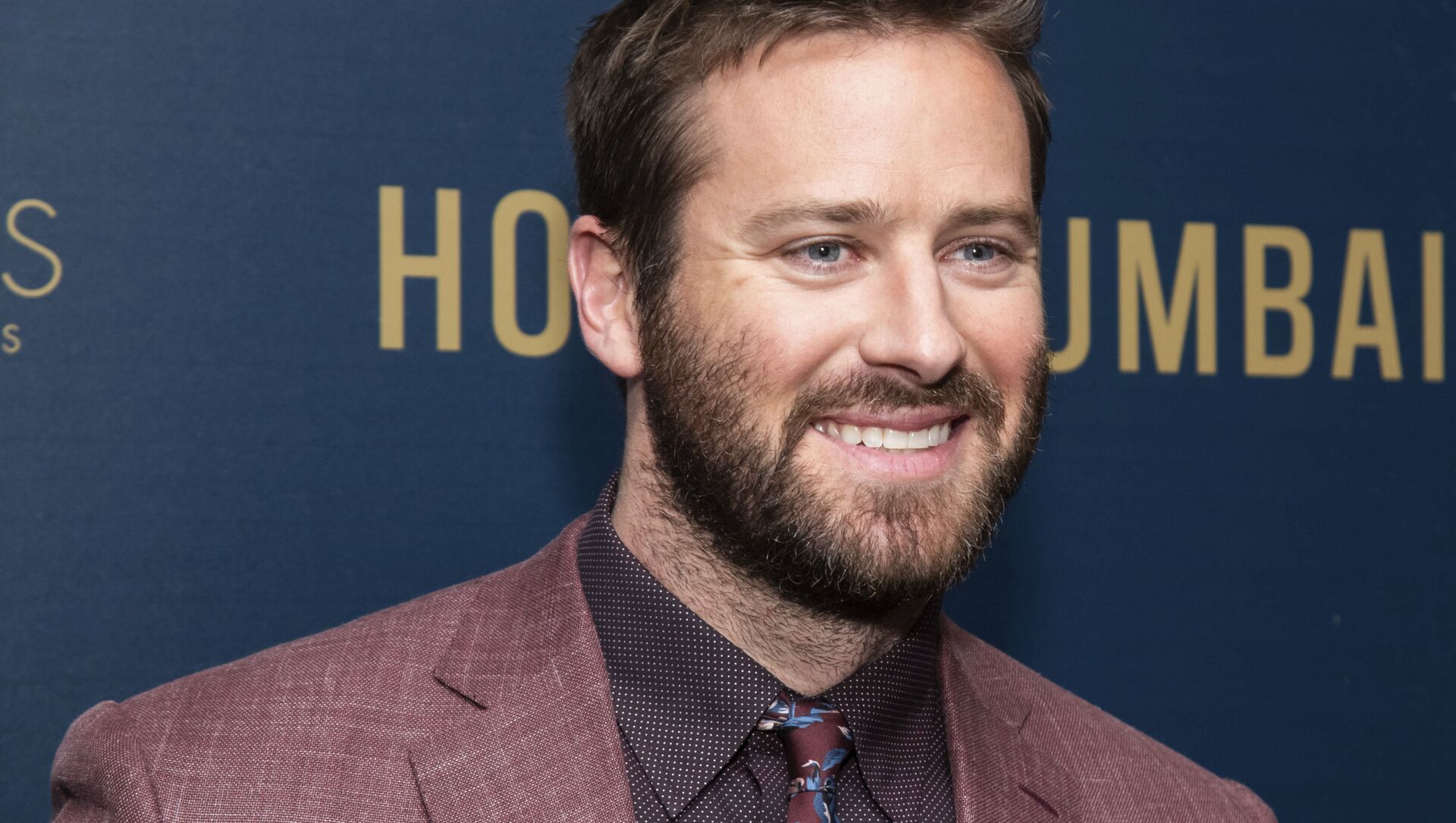 © AP Photo / Charles Sykes
Subscribe
International
India
Africa
The actor’s career has been taking a dramatic plunge over the past month following a sex scandal that involved allegations of abuse and cannibalism, which Hammer and his family have strongly denied.

The media and talent agency WME no longer represents “The Social Network” actor Armie Hammer, The Hollywood Reporter said, adding that the actor’s publicist does not work with him anymore as well.

The move comes amid unverified allegations that Hammer, a great-grandson of oil tycoon Armand Hammer, had sent controversial messages on social media describing his cannibal fantasies.

Several weeks ago, screenshots of direct messages emerged on Instagram, in which the person who wrote them shared his rape fantasies, intentions to hurt his partner, and cannibalistic fetishes. The anonymous account which uploaded the messages, @houseofeffie, claimed they were from Armie Hammer.

The controversial story was fueled by his ex-girlfriend’s claim that Hammer wanted to break her rib and barbecue and eat it. A week later, another ex-girlfriend of his said that Hammer was “100 percent serious” about finding a way to remove her ribs so he could eat them.

The actor has strongly denied the allegations, calling them “bullsh*t” and saying that they are nothing but attacks on him and his career. However, the controversy has forced him to drop several projects – the romantic comedy Shotgun Wedding, where he was going to star opposite Jennifer Lopez, and a series about the making of The Godfather, in which Hammer was to play the role of producer Al Ruddy.