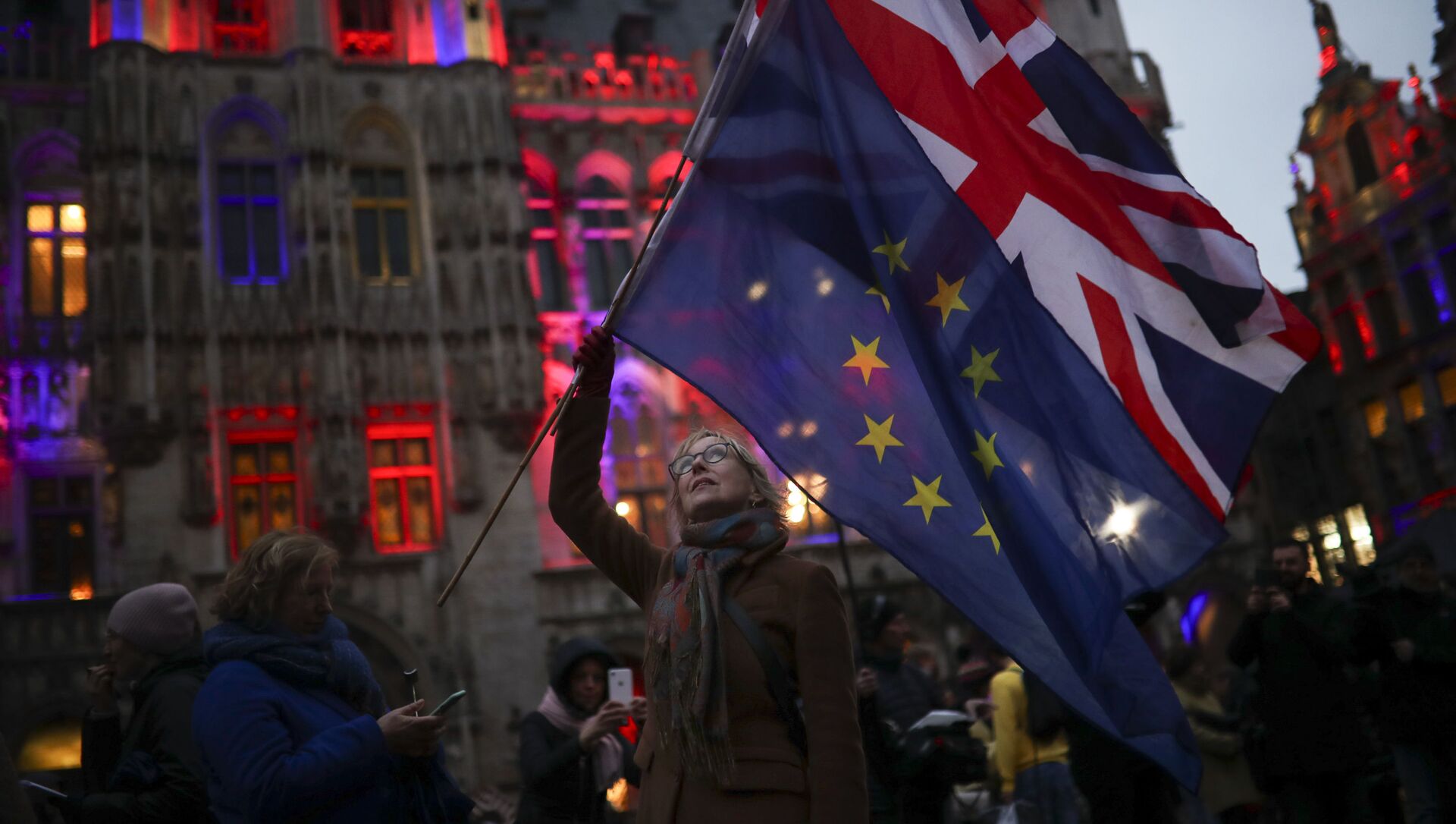 Max Gorbachev
All materialsWrite to the author
The row began on 29 January, when the European Union announced that it would introduce controls over the supply of coronavirus vaccines produced in the bloc. The measure was prompted by news that British-Swedish company AstraZeneca will delay deliveries of its inoculation to the EU.

The United Kingdom and the European Union have agreed to work "intensively" in order to settle their differences on border checks that reignited a controversial issue over Irish unity and threatened to torpedo the Brexit agreement. UK Cabinet Office Minister Michael Gove and deputy First Minister of Northern Ireland Michelle O'Neill held virtual talks with European Commission Vice President Maros Sefcovic. In a joint statement, all sides described the meeting as "productive" and pledged to find "solutions to outstanding issues".

The talks came after UK Prime Minister Boris Johnson said he would suspend parts of the Northern Ireland Protocol if the European Union continues demanding checks on goods crossing into Northern Ireland. Brussels' plans to introduce checks resulted in threats made to the staff working at ports in Northern Ireland.

At a meeting on Wednesday all sides condemned the "threats and intimidation" emphasising that the safety and welfare of workers is their utmost priority.

At the said meeting Gove called on Brussels to extend a three-month period on supply of food and medicines until 2023.

First Minister of Northern Ireland Arlene Foster, however, warned both sides that extending grace periods wouldn't solve the problem and called on Brussels and London to replace the current arrangement for the Irish border.

The current tensions stems from the decades-old issue of Irish unity. When Northern Ireland split from the rest of Ireland in the early 1920s and became part of Great Britain its population became divided. One part (Republicans) was unhappy about the separation and wanted Northern Ireland to rejoin the Republic of Ireland. The other part (Unionists) was happy to remain part of the United Kingdom. This division later resulted in a conflict called the Troubles that claimed the lives of 3,600 and left 30,000 injured. The conflict ended with the signing of the Good Friday Agreement in 1998, which among other things, stipulated that the border between Northern Ireland and the Republic of Ireland should be almost non-existent – no border posts, no cameras.

How Does Brexit Fit into This?

The Good Friday Agreement worked when all sides – the Republic of Ireland and Britain were members of the European Union. But when the United Kingdom decided to leave the bloc in what is now known as Brexit, it had to deal with it no longer being part of the EU's customs union and single market. In other words, everything that is exported into the EU has to be checked, as the bloc has its own rules about what can enter its market.

Hence the creation of border posts between Northern Ireland (part of the UK) and the Republic of Ireland (EU member) threatened to torpedo the Good Friday Agreement and prompt new conflicts.

After years of negotiations, London and Brussels finally managed to find a compromise on the issue, dubbed the Northern Ireland Protocol. Under the agreement, Northern Ireland remains in the EU single market and the bloc conducts checks on goods on the border between the UK (England, Scotland, and Wales) and Northern Ireland.

The protocol, however, has an article that allows both sides to suspend the measure if it causes "economic, societal, or environmental difficulties". The European Union said it would trigger the clause because it was concerned about delays of the coronavirus vaccine developed by AstraZeneca to the bloc. Both the European Union and the United Kingdom bought the inoculation, but the delays only affected the bloc.

After tensions escalated, Brussels made a U-turn and said it would not trigger the article.