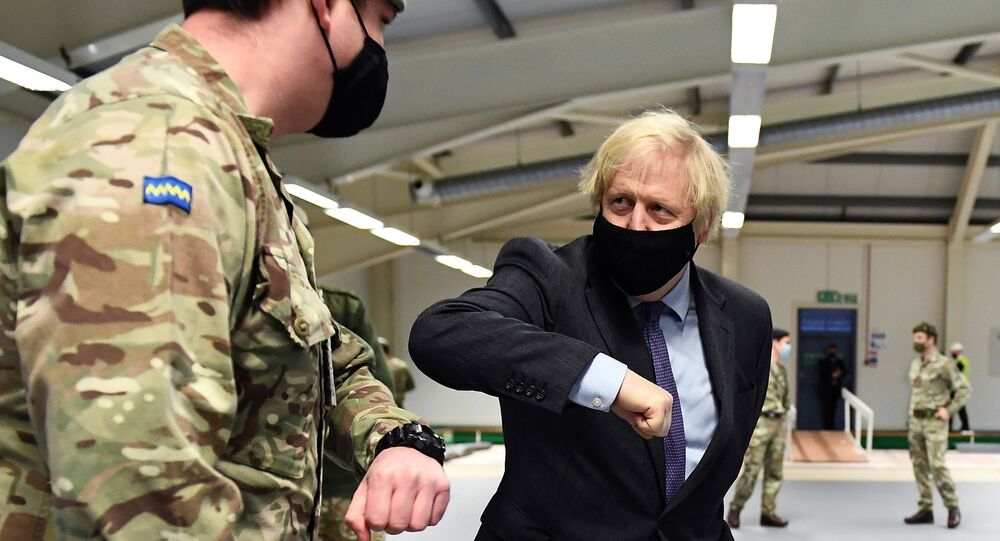 Labour shadow media minister Chris Matheson denied widespread reports that he had to pull his party leader away from a fight with PM Boris Johnson. But Tory MPs said Sir Keir Starmer got defensive when they pointed out he had misled the House of Commons minutes earlier.

British Prime Minister Boris Johnson and Opposition Leader Sir Keir Starmer have had to be pulled apart by fellow MPs in a row following PM's Questions.

Several UK media outlets quoted un-named witnesses who said the two leaders faced off at the entrance to the Aye lobby — directly behind the Speaker's chair.

About a dozen other MPs reportedly gathered around the pair as Starmer “had a bit of a meltdown”, with one Tory MP egging them on and Labour MP Chris Matheson having to pull his party leader away from the PM.

That was after Johnson pointed out during their televised exchange that Starmer had repeatedly called for the UK to remain post-Brexit under the authority of the European Medicines Agency (EMA), which has shared the blame for the delays in the European Union's centralised COVID-19 vaccine programme with the hapless European Commission.

"Keir fronted up to the PM after PMQs in the entrance to the Chamber — no mask, not socially distanced either, to say that the PM was wrong about the EMA," One MP told The Sun. "The PM tried to close it down by saying it’s on the record."

The Labour leader had earlier provoked uproar at PMQs when he accused the Conservative PM of talking "complete nonsense", adding: "Don't let the truth get in the way of a pre-prepared gag". But pro-Brexit Tory MP Mark Francois quickly pointed out that Starmer's support for the EMA was a matter of Parliamentary record.

Starmer reportedly became defensive during the lobby showdown when a Tory backbencher started quoting his previous comments in the house in favour of the EMA back to him, replying: "Oh, four years ago at the beginning of Brexit maybe".

“He was very annoyed at being caught out, bright red and panic on his face when he started backtracking, talking about vaccines” the provocateur told political gossip site Guido Fawkes.

"He was clearly very rattled and kept saying to the PM 'it's not true, it's not true'," another MP said.

"Starmer kept claiming wanting to join the EMA was 'nothing to do with the vaccine', and the PM kept saying 'check the record, you said it'," a fellow MP added.

Chester MP Matheson, the shadow media minister and a strident opponent of Brexit, dismissed reports — attributed to several fellow MPs — that he was forced to hold Starmer back from hitting Johnson as "Bollocks".

"There was a brief chat and then Keir and I left together," Matheson said. "Nothing more to it than that.”

​Twitter erupted with enthusiasm for a the BoJo-Sir Keir main event:

© REUTERS / POOL
Boris Johnson and Matt Hancock Spotted Jogging Amid Reports Exercise Rules Could be Eased
Calls for a straw poll on the outcome were swiftly answered, with Starmer ironically taking a clear lead:

​But other Twitterati were sceptical of Starmer's pugilistic prowess, with one betting the Labour leader would land more blows on himself than his opponent.