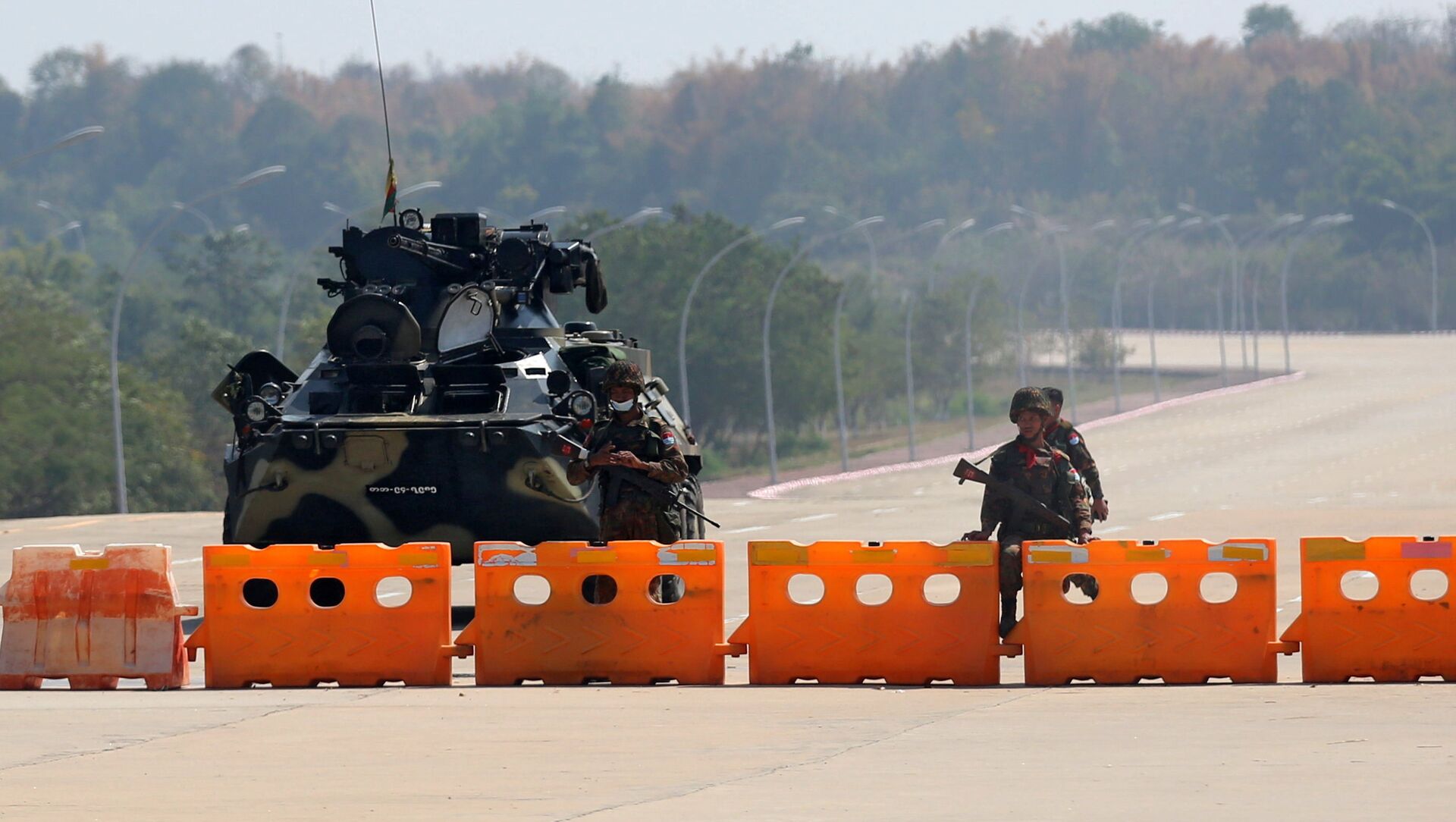 Dhairya Maheshwari
All materials
The Burmese Army on Monday launched a political coup in the country, as it arrested the democratically elected government of Aung San Suu Kyi and seized power for a year. India says it supports the "democratic forces", throwing its weight behind Suu Kyi. However, New Delhi taking sides in the coup could have implications for the Naga Deal.

India’s reaction to the pre-dawn military takeover in Myanmar on Monday marks a “departure” from its policy towards its south-east Asian neighbour over the past two decades, according to Indian Army veteran, Major-General Ashok Mehta, speaking to Sputnik.

“India has in recent times taken a pragmatic policy towards the military junta in Myanmar, recognising that the military is the power centre of the politics there. Since the last coup in 1988, New Delhi has established warm ties with the Myanmar military generals,” points out Mehta, as he notes that New Delhi’s support for “democratic process” indicates that it is allying itself with detained counsellor and National League for Democracy (NLD) leader Aung San Suu Kyi.

Mehta reckons that New Delhi’s siding with the “democratic forces” in Myanmar was more or less what the US, the United Kingdom and Australia - Myanmar's other major development partners - were doing.

The US State Department has called for the actions to be reversed “immediately”, saying America stands with the Myanmar population in their aspirations for democracy, freedom, peace, and development.” Australia has demanded the release of all the arrested political leaders.

“However, for India, we have to be mindful of the possible implications of not backing the military regime in the ongoing coup. An isolated military regime shunned by the West and now India will have no option but to look at China,” suggests Mehta, now a strategic affairs commentator.

Already, China is Myanmar’s biggest trading partner. According to data by World Integrated Trade Solution (WITS), more than 33 percent of Myanmar’s exports went to China, which in turn accounted for 32.1 percent share to the south-east Asian country’s overall imports.

As far as India is concerned, Mehta fears that the 2015 peace agreement arranged between Prime Minister Narendra Modi’s government and the Naga insurgent groups in India’s north-east could be “affected” in case an “isolated military regime, backed by China” continues to retain power.

The defence veteran recalls that the Naga insurgent groups have traditionally used Myanmar as a base to stage attacks in the north-eastern states and then fleeing back across the 1,643-kilometre-long, mostly porous border to avoid Indian reprisals.

Mehta points towards reports that many of these north-eastern insurgent groups have in the past been “trained and supported” by China, which lies across the border from Myanmar.

Another Indian Army veteran, who has served extensively in India’s north-east, tells Sputnik the recent unraveling of the Naga Peace Deal, signed only in 2015, was already a bad sign for Prime Minister Modi, who had witnessed the signing of the 2015 agreement which brought to an end one of the world’s “oldest insurgencies”.

“And now, a military junta which has been shunned by India would give the disgruntled Naga insurgents an interest in re-activating ties with the Myanmar military as well as actively looking up to China for moral support,” the former Indian Army general, who chose to remain anonymous, fears.

The Nationalist Socialist Council of Nagaland (NSCN-IM), one of the largest insurgent groups which agreed to the 2015 framework peace deal between the Naga insurgents and the Indian government, last year did a volte-face as it returned to its previous demand of having a separate Naga flag and constitution. As part of the framework peace agreement, the Naga insurgent groups had reportedly agreed to give up their demand for sovereignty in return for political amnesty by New Delhi.

“Getting back to military dominance will turn Myanmar away from the West, thereby giving China adequate space to step in,” the veteran claims, adding that, “thus, repercussions will be felt in India’s north-east. China will be quick to take NSCN (IM) back into their lap and refuel insurgency commencing from Manipur in particular, which at one stage seemed by and large contained.”

Ambassador Rajiv Bhatia, a former envoy to Myanmar and a Distinguished Fellow at Indian think tank Gateway House, tells Sputnik that New Delhi "must balance its principles and interests" in dealing with the situation in Myanmar.

"The military in Myanmar seizing power through the imposition of emergency is the outcome of an array of faultlines: political, ideological and personality related. Sadly, the people have been let down, yet again," says Bhatia.