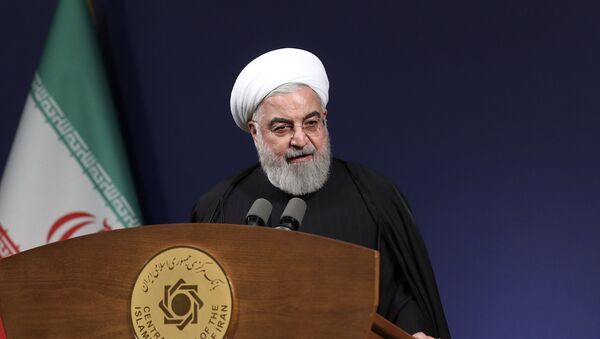 Jason Dunn
All materialsWrite to the author
United States President Joe Biden has expressed his support for reversing the Trump administration's withdrawal from the Joint Comprehensive Plan of Action (JCPOA), and officials within the new government are reported to already be holding quiet discussions with Iranian representatives.

Diplomats from Tehran have spoken to officials within the Biden administration over resuming talks on Iran’s nuclear program and have reportedly set out seven preconditions, an unnamed Iranian government source told a Kuwaiti newspaper on Sunday.

Speaking to Kuwait’s al-Jarida newspaper, the anonymous official from Iranian President Hassan Rouhani’s office said that contacts began prior to President Joe Biden's ascension to office, and implied that they are continuing but unofficial.

According to the Kuwaiti report, the Iranian ambassador to the United Nations Majid Takht Rawanji was called to Tehran to arrange contacts with the new administration in Washington before returning to New York with a series of seven conditions for Iran's involvement in the resumption of talks over its nuclear program.

The first condition is reportedly that Iran will not accept partial sanctions alleviation, as Tehran considers the Joint Comprehensive Plan of Action (JCPOA) to be indivisible. The report says that Iran will reaffirm its demands that the US maintain all aspects of the deal, including the total lifting of sanctions, as an essential precondition to returning to the agreement.

Secondly, any disagreements over the accords must be discussed within the framework of the official negotiating committees. One of these anticipated disagreements is Tehran’s demand for compensation for financial losses it incurred due to the Trump administration’s exit from the deal, notably the financial impact of the sanctions.

The third condition, according to the report, is that Tehran will not approve of using the terms of the nuclear deal to address separate issues, such as its missile program and activities abroad.

As a fourth condition, no new members will be permitted to enter into the deal aside from the existing P5+1, including any Gulf Arab countries. 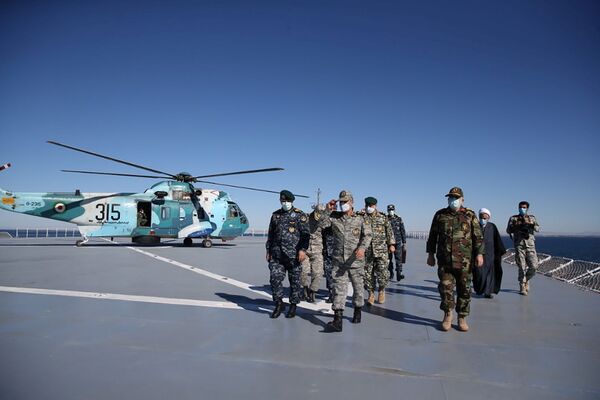 Fifthly, concerns over other regional states must be discussed as a separate matter, and not included in the negotiations over nuclear enrichment. The next point is said to be that despite not being willing to discuss its missile system, Iran would find it acceptable to talk about arms control on a regional level with United Nations supervision, raising particular concern over Israel's missiles and illegally-held nuclear stockpile.

Finally, Iran will not allow a two-state solution for Israel and Palestine, and instead demands a UN referendum that includes Jewish Israelis and Palestinians over the “land" issue. No further details on the content of the potential referendum were outlined, according to the report.

Rouhani will be issuing these conditions to the Biden administration directly, the report also said.

Two notable Iran/JCPOA-related statements in the past day:

This is where things begin. pic.twitter.com/5DPoMqs6Gk

​Iranian Foreign Minister Mohammad Javad Zarif said in a Foreign Affairs article on Friday that Iran will not accept any further demands, terms, or state signatories added to the original deal proposed by Washington in 2015. Zarif said that if Washington began by “unconditionally removing, with full effect, all sanctions imposed, re-imposed, or relabeled since Trump took office”, Iran would reverse the steps it has taken since the US withdrew its signature from the deal in 2018.

Channel 12 News reported last week that the Biden administration has already begun largely undisclosed talks with Iranian officials over a return to the agreement and has also updated Israel of their contents.

This comes amid reports that Israeli Prime Minister Benjamin Netanyahu will send Mossad chief Yossi Cohen to Washington next month to issue Israel’s demands before any new version of the Iran nuclear deal is agreed to. According to reports, Cohen will be the first senior Israeli official to meet with President Biden and is also expected to meet with the CIA director.

“I think, frankly, we are a long ways” from #Iran coming back into compliance with the nuclear deal, also known as the Joint Comprehensive Plan of Action (JCPOA), says Avril Haines, #Biden's nominee for #US Director of National Intelligence.https://t.co/31kmaYu4XA pic.twitter.com/lkaevHz0FX

​Even before his election last year, Biden openly expressed his desire for the US to rejoin the accord, while Israel has said that a return to the deal must include new restrictions on Iran’s ballistic missile program and alleged support for terror activity internationally.

The JCPOA, which limits Iranian development of uranium in return for sanctions relief, was signed by Tehran as well as six world powers in 2015. In 2018, former President Donald Trump withdrew the US signature from the deal and introduced harsh sanctions against the nation, claiming that Tehran was not in compliance with its terms, despite international observers and the European Union claiming that Tehran was acting in full accordance with the treaty.