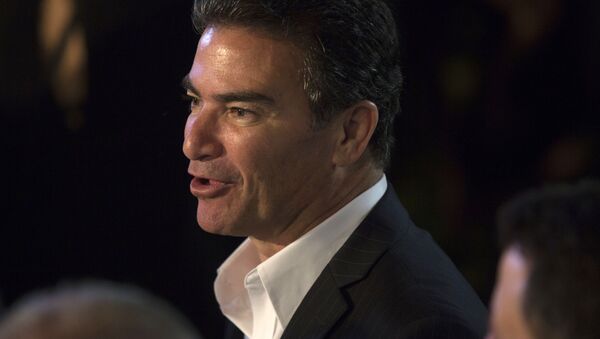 During his presidential campaign, Joe Biden laid out his plans to rejoin the Iranian nuclear agreement after the Trump administration withdrew in 2018, claiming that Tehran was not acting in accordance with the deal's demands to limit the development of nuclear material.

Benjamin Netanyahu will send Mossad chief Yossi Cohen to Washington to outline Israel’s demands from Iran in any re-signing of a nuclear deal, Channel 12 news reports on Saturday.

The network said that Cohen is expected to travel to the US in February at the request of the Israeli prime minister, where he will be the first Jerusalem official to meet with new US President Joe Biden. He is also reportedly expected to meet with the CIA director.

The demands will include a set of Israeli preconditions for the US to rejoin the nuclear deal, including Tehran halting its uranium enrichment, and an end to the production of advanced centrifuges; stopping support for groups such as Lebanon’s Hezbollah, which Israel designates as terrorists, and alleged terrorist activity against Israeli targets overseas; withdrawing its military presence in Iraq, Syria, and Yemen; and giving the International Atomic Energy Agency (IAEA) complete access to its nuclear program.

Cohen has actually travelled to the United States this month, but for a farewell meeting with former Secretary of State Mike Pompeo.

Media reports alleged that the Biden team and Iranian officials have been in secret talks concerning the prospects of rejoining the Joint Comprehensive Plan of Action (JCPOA) for three weeks, starting when Trump was still president. According to White House spokeswoman Jen Psaki, the new administration plans to discuss the future of talks and nuclear constraints on Iran with allies and foreign counterparts.

​Israel is concerned that a new deal could allow Iran to continue enriching uranium as well as provide financial or sanctions relief sufficient enough to enable Tehran to repair its damaged economy. As he congratulated Biden on the inauguration, Israeli Prime Minister Benjamin Netanyahu called on the US president to continue to confront the "threat posed by Iran".

Iranian Foreign Minister Javad Zarif said on Friday that "the window of opportunity" for the new US administration to return to the Joint Comprehensive Plan of Action (JCPOA) has limits, as Iran is determined to achieve the removal of sanctions and is opposed to any revision of the nuclear deal's terms. The top Iranian diplomat said that if Joe Biden's cabinet chooses to abandon Donald Trump's policy of "maximum pressure" — which includes an immediate and complete removal of all sanctions from Tehran — and return to the nuclear deal, then Iran, too, will resume its commitments in full.

"The new US administration has a fundamental choice to make: It can embrace the failed policies of its predecessor, and continue down the path of contempt for int'l cooperation & int'l law. Or, it can reject failed assumptions & seek peace and comity," Zarif tweeted.

On Tuesday, US State Secretary nominee Antony Blinken said that the United States would reciprocate Iran's resumed compliance with the nuclear deal, but would seek a broader agreement that also covers its missile program. Even before his ascension to the White House on Wednesday, Joe Biden has expressed his support for Washington re-signing the JCPOA, under which Iran agreed to limit the development of nuclear material in return for international inspections and the lifting of crippling economic sanctions.

The Trump administration withdrew from the treaty in 2018 after accusing Iran of not complying with the deal, despite international observers and the European Union claiming that Tehran was in full compliance. Washington re-imposed sanctions on Iran, while the latter responded by gradually abandoning its own commitments.

In December, Iran passed a law to increase its uranium enrichment and stop UN inspections of its nuclear sites in response to the killing of nuclear physicist Mohsen Fakhrizadeh, for which Iranian officials have blamed Israeli spy agency Mossad. At the start of January, Iran’s atomic energy organization announced that the country had succeeded in enriching uranium at 20 percent at the Fordow Fuel Enrichment Plant.