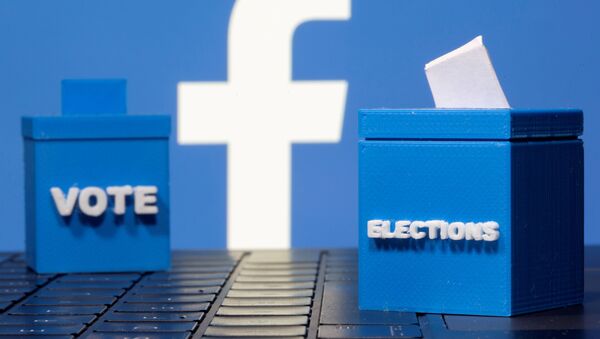 Tim Korso
All materials
The outgoing US president's social media accounts were suspended and in some cases banned following a deadly 6 January rally in Washington DC. After 5 were killed in the attack, tech giants accused Trump of inciting protesters to storm the US capitol as a means of thwarting the process of the certification of the election results.

Facebook Operations Chief Sheryl Sandberg has stated that the social media giant has not yet decided on how long the accounts of outgoing President Donald Trump will be suspended.

The platform suspended the president's accounts for an indefinite period of time, saying the measure would last at least until the end of the 20 January transition of power in the US. However, Sandberg stressed that POTUS' accounts on Facebook and Instagram may remain suspended indefinitely, expressing her personal gratification at the prospect.

"In this moment, the risk to our democracy was too big that we felt we had to take the unprecedented step of what is an indefinite ban, and I’m glad we did", the Facebook operations chief stated.

Sandberg further commented that "even a president is not above the policies" of social media. The platform's operations chief, however, did not address concerns by some that Facebook might be placing itself above a much higher authority – the US Constitution, which protects freedom of speech. Trump repeatedly suggested that big tech has tried to "silence" him with bans and suspensions, adding that they might be infringing on freedom of speech.

In his 12 January comments, the president called the decision by several social media outlets to ban or suspend him "divisive" for the country and a "tragic mistake" on the part of big tech.

Facebook, like Twitter, Snapchat and Discord, moved to block Trump following his speech during the Washington rally on 6 January. Some of its attendees stormed the Capitol, damaging and vandalizing the structure and killing five, while demanding that the certification of election results be stopped. The Democrats and some Republicans put the blame for the mob's behaviour on Trump and some of his allies who support POTUS and his claims of election fraud. Trump has denied responsibility for the violence and, after about 90 minutes into the attack, was among those condemning the actions of violent protesters.

Social media platforms have accused Trump of being a threat to the transition of power, and have stated that they will not allow their online services to be used to thwart the democratic process. In line with this statement, social media platforms suspended or banned Trump accounts, while Google, Apple, Amazon deplatformed a right-wing social media platform called Parler that was popular with conservatives, including Trump supporters.