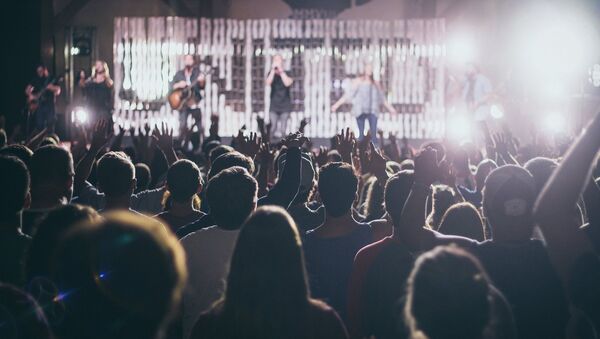 CC0 / /
Subscribe
Max Gorbachev
All materialsWrite to the author
Britain's music bodies and other artistic organisations were repeatedly reassured that a post-Brexit deal with the bloc would protect the country's performers, allowing them travel freely across the continent.

"It is usually in our agreements with third countries, that [work] visas are not required for musicians. We tried to include it, but the UK said no", the EU source close to the negotiations said.

The Independent writes that Britain rejected the offer because it didn't fit its new immigration rules. The newspaper stated that London suggested granting visa-free travel to performers for 30 days though.

The government previously blamed the European Union for failing to reach a compromise on the issue. Authorities in Britain said they "pushed for a more ambitious agreement which would have covered musicians and others", but their proposals "were rejected by the EU".

The source close to the negotiations told The Independent that was not the case.

"The UK refused to agree because they said they were ending freedom of movement. It is untrue to say they asked for something more ambitious", the source said.

The Independent's report sparked outrage, with Labour shadow culture minister Alison McGovern saying that it if confirmed British music fans will "not forgive" the government.

Deborah Annetts, the head of the Incorporated Society of Musicians, Britain's professional body for musicians, said she was horrified by the news that UK authorities rejected an offer from Brussels.

The United Kingdom fully left the European Union on 1 January 2021. From now on, anyone willing to perform in Britain will need to apply for a visa, which costs 244 pounds ($331) and provide proof that they have almost 1,000 pounds ($1,356) in savings and can support themselves. For A-list performers, whose shows are sold out in days, the new rules are not really a big deal, but for smaller acts this is nothing short of a tragedy due to the increased costs they will have to pay for each band member as well as the support team. The changes come at a difficult time for the music industry, which has been devastated by the coronavirus pandemic.

Prior to Brexit, musicians, actors, and other artists warned that touring Britain and Europe would only be possible for A-list stars. Failure to reach agreement on the issue has already sparked concerns that future tours will have to be abandoned.

Last year, the head of the Incorporated Society of Musicians said Britain would shoot itself in the foot if it fails to reach an agreement with Brussels on the arts industry, which brings in $150 billion to the economy annually.