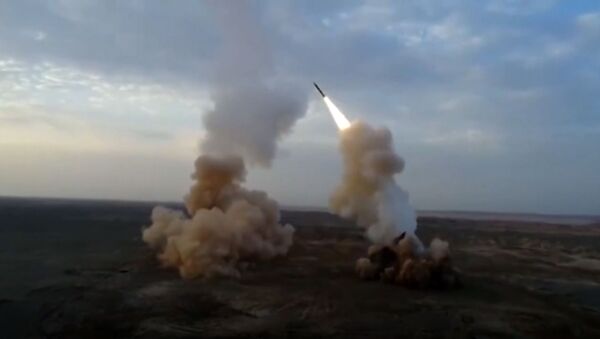 TEHRAN (Sputnik) - Iran's Islamic Revolution Guard Corps (IRGC) on Wednesday blamed the downing of the Ukraine International Airlines flight on US activity in the Middle East as the tragedy's first anniversary approaches.

On January 8, 2020, a Boeing 737 operated by Ukraine International Airlines crashed soon after departing from an airport in Tehran. Citizens of Iran, Canada, Ukraine, Afghanistan, Germany, Sweden, and the United Kingdom were among the 176 passengers and crew who died. Iran later revealed that its military had shot the plane down by accident.

"The weight of parting with dear sons of Iran is sad and difficult. This sad event was a consequence of inhumane adventurism and terrorist actions of the US in the region," the corps said in a statement.

Several hours before the incident, Iran launched strikes against the US Ain Al Asad airbase in Iraq in response to the assassination of IRGC commander Qasem Soleimani. Tehran claims it was waiting for the US to retaliate, which is why the country's anti-aircraft systems were on high alert.