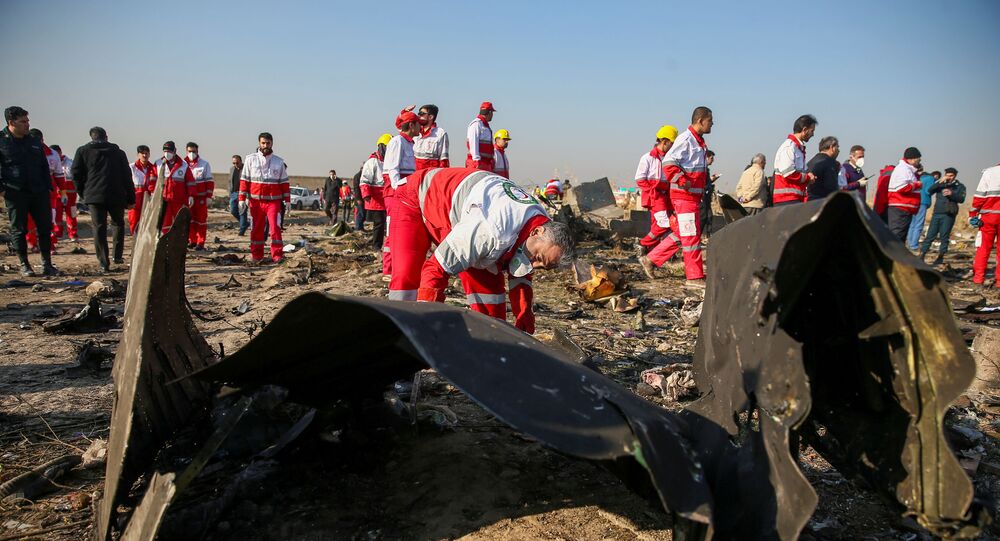 TEHRAN (Sputnik) - Iran will not hand over the flight recorders retrieved from a crashed Ukrainian passenger plane to Kiev, Iranian news agency ISNA reported on Sunday.

The agency said that Ukraine was too slow in responding to Iran's offer to give it the cockpit voice recorder and the flight data recorder. The devices will be sent to a third country, which will likely be France.

On 8 January, the Kiev-bound aircraft crashed near Tehran shortly after departing from Iran’s Imam Khomeini Airport. All 176 passengers and crew members died.

The Iranian military admitted to unintentionally shooting down the jetliner, having confused it with a hostile cruise missile amid fears of US retaliation for Iran’s missile attacks on bases hosting US troops in Iraq.

The Iranian leadership apologised to the plane crash victims’ countries, including Canada, Sweden, Germany and the United Kingdom.

Ukrainian President Volodymyr Zelensky has called on Tehran to bring those behind the downing of the plane to justice and to pay compensation to the relatives of the victims.