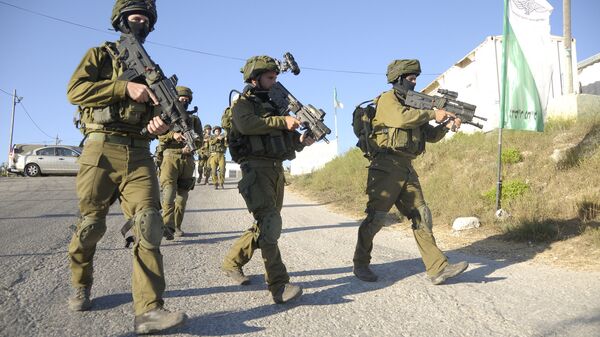 CC BY 2.0 / /
Subscribe
International
India
Africa
Daria Bedenko
All materialsWrite to the author
Earlier in the day, Iranian Foreign Minister Javad Zarif warned that "Israeli agent-provocateurs" are plotting attacks against Americans, referring to what he described as "new intelligence from Iraq".

In light of the 3 January anniversary of the Qasem Soleimani assassination by US drone strike, the Israel Defense Forces (IDF) are preparing for an attack by Iran, The Jerusalem Post reported Saturday, citing an unnamed senior military source.

According to the source, the IDF does not rule out the possibility of an attack by what the military dubbed “second circle countries”, referring to Iraq or Yemen. The Israeli army has reportedly "held discussions on the planning level and reviewed possible scenarios of different attacks."

In the middle of December, 2020, Chief of Staff Lt.-Gen. Aviv Kochavi warned that if "Iran and its proxies" attempt to attack Israel, they will "pay heavy price".

“I am simplifying things and describing the situation to our enemies as it is,” he said, cited by The Post. “Our retaliation plans are prepared, and they already have been practiced.”

The report comes shortly after Iranian Foreign Minister Javad Zarif, tweeted that "Israeli agent-provocateurs" are preparing an attack against the US, and warned outgoing US President Donald Trump to be "careful for a trap".

"Any fireworks will backfire badly, particularly against your same BFFs", Zarif tweeted, referring to Israel.

Crowds of People Flock to Baghdad Int'l Airport to Commemorate Anniversary of Soleimani Killing
The remarks emerge in light of the anniversary of the extrajudicial US killing of top Iranian General Qasem Soleimani, who was assassinated on 3 January 2020 by a direct order from Trump as the former was leaving Baghdad International Airport accompanied by the deputy head of Iraq's Popular Mobilization Forces (PMF), Abu Mahdi al-Muhandis.

Speculation of Iran carrying out a retaliatory action for the anniversary of Soleimani's murder emerged as the date approached. After the US embassy in Iraq was hit by several rockets on 20 December, Trump immediately blamed Tehran, warning that "if one American is killed", he will "hold Iran responsible".

The Iranian Foreign Minister dismissed the accusation as reckless, adding that "Trump will bear full responsibility for any adventurism on his way out."