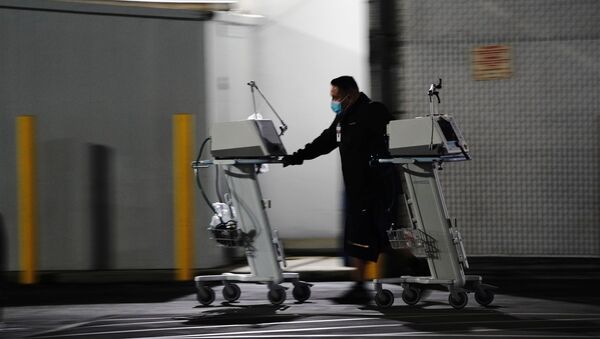 Daria Bedenko
All materialsWrite to the author
California has become the second US state to identify a case of the new coronavirus strain, following an announcement made on Tuesday by Colorado Governor Jared Polis regarding the first new variant case in the state.

WASHINGTON (Sputnik) - Health officials in the US state of California have confirmed a first case of the new COVID-19 strain that was first detected in the United Kingdom, Governor Gavin Newsom said.

"Just an hour or so ago we were informed that this new variant, this new strain has been identified here in the state of California, in southern California," Newsom said in a virtual discussion with top US infectious disease expert Dr. Anthony Fauci on Wednesday.

The novel variant of the coronavirus was confirmed in Colorado earlier on Tuesday, in which a male in his 20s appeared to have been infected. According to Governor Jared Polis, the individual has been isolated and had no travel history. The Colorado case appeared to mark the first registered case of the new COVID variant in the United States.

The new variant of the virus, which is said to be more contagious than other strains of the virus, was discovered in the UK earlier in December, prompting multiple nations to temporarily suspend travel to the country. 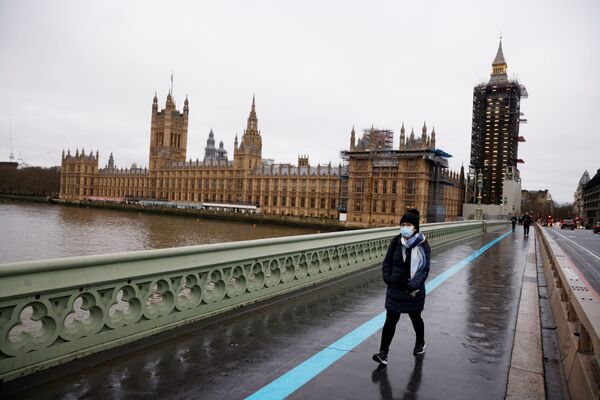 A woman wearing a face mask walks across Westminster Bridge past the Houses of Parliament, as the spread of the coronavirus disease (COVID-19) continues, in London, Britain, December 22, 2020
© REUTERS / JOHN SIBLEY

Apart from Britain, the new strain has been found in several other countries, including Canada, Germany, the Netherlands, Australia, the UAE and others.

The United States has the highest infection and death rates in the world as a result of the pandemic, with over 19 million registered cases and a death toll of over 341,000.