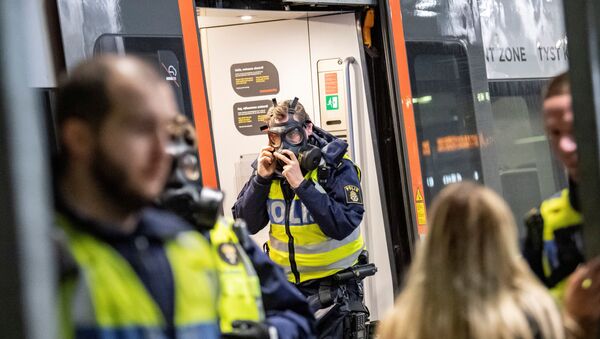 Igor Kuznetsov
All materials
The drastic overrepresentation of immigrants among intensive care patients and COVID-19 deaths under 65 prompted Expressen, one of the country's leading tabloids, to urge the authorities to respect the fact that Sweden is "a country of immigrants".

Nearly half of those who received intensive care treatment for COVID-19 (46 percent) in Sweden have been immigrants, the newspaper Expressen reported.

Among COVID-19 deaths under the age of 65, half also had a foreign background, which is an extreme overrepresentation, as immigrants constitute about a quarter of the Swedish population.

Expressen pointed to "socio-economic factors", such as income, employment, cramped conditions, and a lack of information for immigrants. Earlier this year, amid the first onslaught of the coronavirus, the Swedish authorities admitted failing to reach out to immigrant communities in a timely manner, and released cautionary information in the most common immigrant languages, including Arabic, Dari, and Somali.

According to doctor Mashla Omar, who chairs the Swedish-Somali Medical Association, and who sounded the alarm about the high mortality rate among the Somali community in March, the group lived largely as usual. Associations and mosques were still open, many Somalis continued to shake hands and hug each other, the healthy visited the sick and the sick went out and met acquaintances and visited cafes.

In November, a report by the Centre for Epidemiology and Community Medicine (Cem) shared the conclusion about socio-economic factors, yet failed to see the lack of information as a big deal. "The overall picture can be interpreted as the people of Stockholm understood and wanted to adapt and protect themselves, but for purely material reasons could not always do so", Cem reported.

The fact that immigrants from the Middle East and Africa, such as Syrians and Somalis, are overrepresented among those sick with COVID-19 is something the Swedish Public Health Agency had already confirmed this spring. The risk of dying of the coronavirus was 12 times higher among Somalis than ethnic Swedes.

Due to the extreme overrepresentation of immigrants in Sweden's morbid COVID-19 statistics, Expressen's editorial board concluded that the Swedish state must take into account the fact that "Sweden is a country of immigrants".