The Curious Case of Seth Rich: Why DNC Staffer's Murder Continues to Stir Up Political Controversy 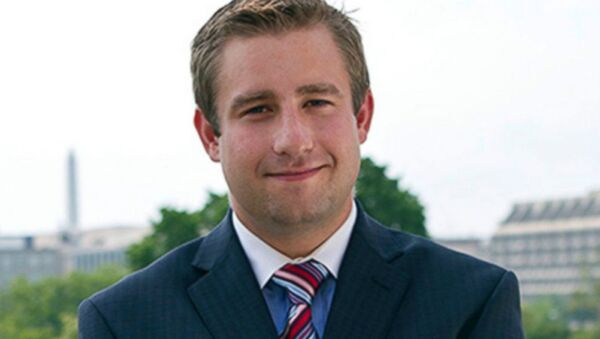 Ekaterina Blinova
All materialsWrite to the author
DNC staffer Seth Rich's unresolved murder case is still raising questions on both sides of the US political aisle. An American investigative journalist has shed light on the efforts to get to the bottom of the case and the FBI's potential role in investigating the 27-year-old's death.

Earlier this month, American attorney Ty Clevenger announced on his blog that his years-long search of documents concerning the mysterious murder of 27-year-old DNC employee Seth Rich had eventually borne fruit: after repeated denials, the FBI reportedly admitted that it has over 20,000 pages of records mentioning the victim and, more importantly, his personal laptop currently being under examination by the bureau.

To back his claim, Clevenger quoted a letter he received from Assistant US Attorney Andrea Parker, who is representing the FBI in a case against his client. Previously, the bureau claimed that it had sought but didn't find any documents concerning the murdered DNC employee. Clevenger repeatedly requested the investigative agency's records about the DNC staffer, citing a client with second-hand knowledge of documents that the FBI supposedly extracted from Seth Rich's electronic devices.

Was the FBI Somehow Involved in the Inquiry Into Rich's Death?

"The FBI’s involvement in any potential Seth Rich investigation is significant because they don’t normally investigate murders of ordinary citizens", says Jason Goodman, US investigative journalist and Crowdsource the Truth founder, who interviewed Clevenger on 11 December. "Seth was not a Federal employee; he was a private citizen working for the DNC. The Washington DC Metro Police responded to the scene of the shooting and their detectives would normally conduct the investigation".

There are a number of other circumstances that could attract the FBI, but it would have to involve crimes that span multiple US states, the investigative journalist highlights. To complicate matters further, the public does not know that much about the shooting "because there has been virtually no police investigation", he says, adding that "the entire matter is extremely unusual". The crime has remained unresolved for over four years.

On 10 July 2016, DNC employee Seth Rich was shot dead in what appeared to be a botched robbery. Rich's death triggered a lot of controversy:

·         It occurred less than two weeks before the release of thousands of DNC internal emails and documents by WikiLeaks.

·         In August 2016, WikiLeaks founder Julian Assange dropped a very vague hint in an interview with a Dutch TV reporter concerning a murdered "27-year-old who worked for DNC" while speaking about the group's source. Assange's remark was interpreted as a reference to Seth Rich.

On 16 May 2017, Fox News' Malia Zimmerman published a story claiming that the DNC documents were handed over to WikiLeaks by Rich. The article said that "a federal investigator" had reviewed "an FBI forensic report" on the matter and "detail[ed] the contents of Rich's computer". It also floated the idea that the Democratic National Committee (DNC) deliberately blocked the investigation into the case.

The story was immediately denounced as "bogus" by US mainstream news agencies and intelligence officials: an FBI official and a former law enforcement member "with first-hand knowledge of Rich’s laptop" told NBC News the same day that the DC MPD had not given the bureau the DNC staffer's laptop to analyse after his murder. On 23 May 2017, Zimmerman's story was retracted as not meeting the network's "standards", and shortly after that Fox News was sued by the DNC staffer's parents.

NBC News argued at the time that there was no way Rich could be WikiLeaks' source, since the DNC email leak "came from a Russian hacking operation". Moscow resolutely denied the claim that it was involved in an alleged breach as absurd. 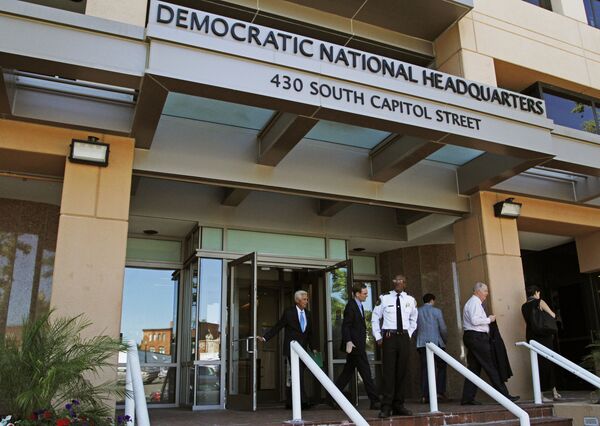 Obvious Flaws in the "Russia Did It" Theory

The "Russia did it" story with regard to the alleged hack of DNC servers raised more questions than answers. Although the US Intelligence Community Assessment (ICA) formally pinned the blame on Moscow in January 2017, the committee's hardware has never been examined by the FBI, which completely relied on data provided by CrowdStrike, a DNC contractor.

I want to stress what a pretty big revelation this is. Crowdstrike, the firm behind the accusation that Russia hacked & stole DNC emails, admitted to Congress that it has no direct evidence Russia actually stole/exfiltrated the emails. More from Crowdstrike president Shaun Henry: pic.twitter.com/UCGSyO2rLt

​Speaking to Sputnik in August 2020, William Binney, a cryptographer and former technical director at the US National Security Agency (NSA), explained why the DNC emails were not obtained through a "hack", but downloaded on a thumb drive instead, which indicates that it was likely an "inside job".

"We looked at the DNC emails that were documented by WikiLeaks on the web", he said. "There are 35,813 emails, all with the same property FAT (file allocation table) formatting saying that this was read [i.e. downloaded] to a thumb drive or a CD-ROM before WikiLeaks got it to publish. Which meant it was physically transported to WikiLeaks. So, for us, that meant it was not a hack. Period".

Referring to the "indicators" mentioned by Henry during his December 2017 testimony, Binney suggested that "the indications that it was [exfiltrated], is this FAT file format". 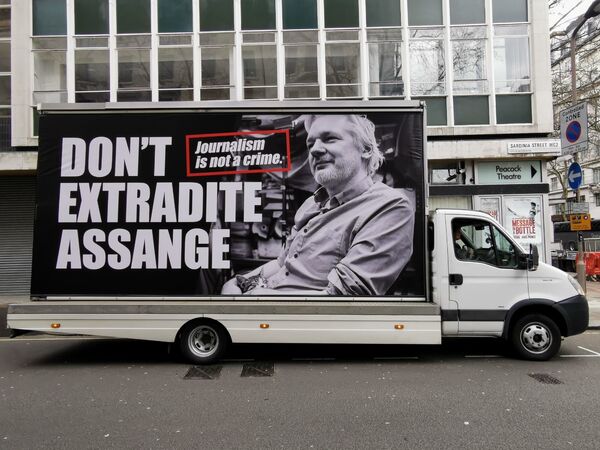 Protesters gather outside Australia House in London on Saturday for rally in support of WikiLeaks founder Julian Assange ahead of extradition hearings.
© Sputnik

The story of Rich being the source for WikiLeaks has nevertheless continued to make the rounds in social and alternative media, while the US mainstream media has continued to denounce it as a conspiracy.

In August 2019, Yahoo investigative reporter Michael Isikoff told NPR's Terry Gross that he had specifically asked Andrew McCabe, who was the acting director of the FBI at the time, whether the bureau had anything to do with Rich's investigation. "McCabe says when he first heard this, he reached out to his agents and was told there's nothing there", Isikoff stressed. "There's no there there".

Nevertheless, the letter received by American attorney Ty Clevenger from a lawyer representing the FBI speaks to the contrary. The Epoch Times, a US-based conservative media outlet, stated on 11 December that it had "confirmed the email is legitimate".

"In our conversation, Mr Clevenger spoke about a simple way FBI agents can keep evidence out of the public view and hide from Freedom of Information Act (FOIA) [requests]. They simply don’t log it into their database", says Jason Goodman.

It remains unclear whether the bureau will provide Clevenger with the materials in question in response to his FOIA request. The letter says that the FBI is continuing the search and is also "working on getting the files from Seth Rich’s personal laptop into a format to be reviewed", adding that "unfortunately, these efforts are hampered by FBI FOIA office’s reduction to a 50% staffing posture due to Covid".

"It is difficult to know what Mr Clevenger will receive and when", Goodman notes. "This is the back-and-forth dance of litigation. They’ve been ordered to produce materials, now it will be interesting to see if they actually do and how heavily redacted the released information will be. They could always claim 'national security' and limit the release".

Meanwhile, the DNC employee's murder continues to prompt new theories and official narratives, neither of which, according to the investigative journalist, properly explains what actually happened to Seth Rich.