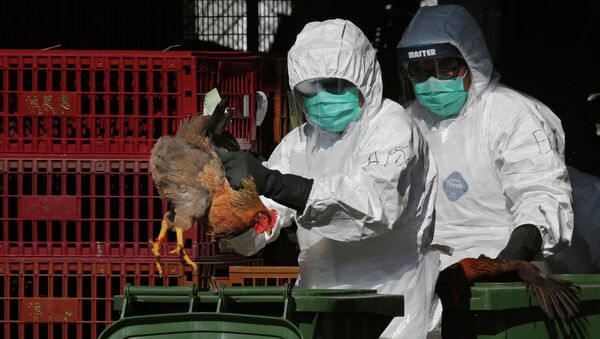 TOKYO (Sputnik) – More than 1 million chickens will be culled in the Japanese prefecture of Chiba over a new outbreak of the bird flu, Japan's media reported on Thursday.

Chiba became the 13th region of Japan where the highly pathogenic H5 bird flu had been discovered. Some 1.16 million chickens are to be exterminated at the farm hit by the disease, the NHK broadcaster reported.

The authorities have also reportedly introduced a quarantine for a 10-kilometer (over 6-mile) area, where the movement of chickens and eggs will be banned.

Before that, bird flu outbreaks have been discovered in the prefectures of Kagawa, Fukuoka, Hyogo, Miyazaki, Hiroshima, Nara, Oita, Wakayama, Okayama, Shiga, Tokushima and Kochi. More than 3.4 million domestic birds have already been culled to prevent the spread of the disease.