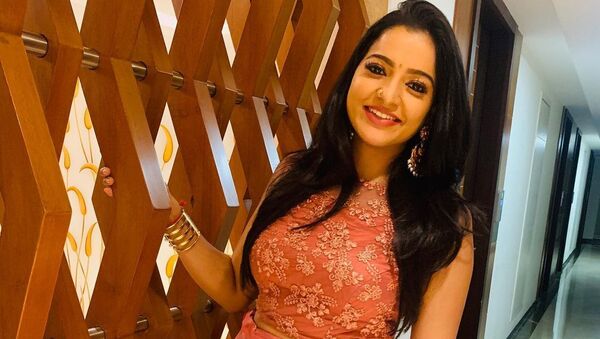 Radhika Parashar
All materialsWrite to the author
A string of suicides has jolted India's entertainment industry this year, leaving fans in shock and despair. After the tragic deaths of Bollywood actors Sushant Singh Rajput and Asif Basra, another horrifying incident has been reported from the south Indian film industry.

Tamil actress VJ Chitra was found hanging in the room of a five-star hotel in the Nazarethpettai area of Chennai on Wednesday morning. The 28-year-old reportedly reached the hotel where she was staying around 2:30 a.m. (local time) after wrapping up a shoot at Chennai's EVP film city.

Although no concrete reason for her drastic step has yet been revealed by friends or family, the actress' suicide is being linked to depression, local media reported.

Known for playing the role of Mullai in the popular show "Pandian Stores", VJ Chitra has worked as a presenter on various TV channels in the Tamil industry.

The actress' fans are reeling from the news of her suicide. Tributes to VJ Chitra have since flooded Twitter.

#vjchithra was at her best in what ever she does acting, anchoring , advertising, dancing and the list goes on... Very much talented... Shocking that she took a decision to suicide... May her sole Rest in Peace... #RIPChitra pic.twitter.com/o9xyp0sfF4

The actress had earlier posted stories from her shoot that are currently still active on her Instagram handle. Screen recordings of the latter have also found their way to social media.

#Chithra was in @vijaytelevision shoot yesterday and she made some posts and stories in Instagram15 hours before 😥#RIPChitra pic.twitter.com/6p8W4DjGe0

According to reports, the actress was at the hotel with her businessman fiancé Hemanth Ravi. More details on the suspected suicide are awaited.