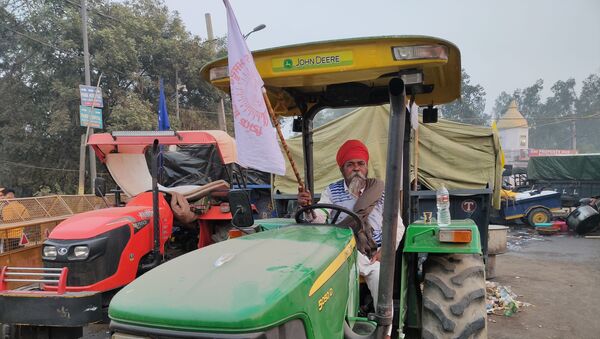 Advitya Bahl
All materialsWrite to the author
Protesting against the recently passed farming-related laws introduced by the government led by Prime Minister Narendra Modi, thousands of farmers have blocked many important roads connecting Haryana and Uttar Pradesh with the capital Delhi for more than a week.

Unfazed by the death of six of their group, thousands of farmers from India’s agricultural states continue to camp on Delhi's borders so that the federal government can understand how furious they are. But they're in no mood to quit their fight against the new farming laws, even at the cost of more lives.

Six farmers, all aged more than 45, have died since 26 November when the farmers reached the borders of Delhi to register their protest against the farm laws.

On Thursday, Lakhbir Singh(57) was the latest protester to die, taking the total number of deaths to six. The others to have lost their life in the protest are Dhanna Singh (45), Janak Raj (55), Gajjan Singh (55), Gurjant Singh (60) and Gurbachan Singh (57).

​"They were not farmers - they were sons of the soil. It is disheartening that the government is still not listening to us. We will fight till our last breath," said Gurudev Singh (73), who has been protesting at Delhi’s Singhu border from the last 9 days.

There are many elderly people at the forefront of these big crowds of farmers.

"Our aim and God is keeping us motivated. We are equipped with everything from food to water to sleeping arrangements. Nothing will stop us. We will only move after Modi revokes the laws," Harinder Singh Lakhowal, a farm union leader, said.

He also said that a meeting with the government is planned for Saturday but added that he would not negotiate.

"A special session of the parliament should be called to ditch these laws. We have planned to burn effigies of PM Modi across the country," he added.

The farmer leaders have called for a nationwide shut down on 8 December (Tuesday). 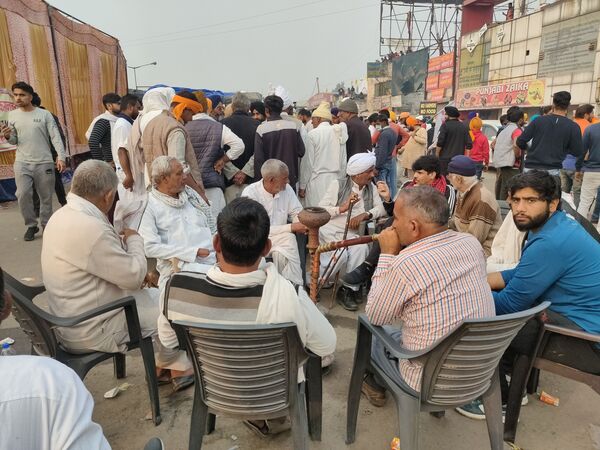 As all the schools are conducting classes online in wake of the Covid-19 pandemic , the school-going children at the border, protesting along with their parents, are taking their classes while taking part in the protests. 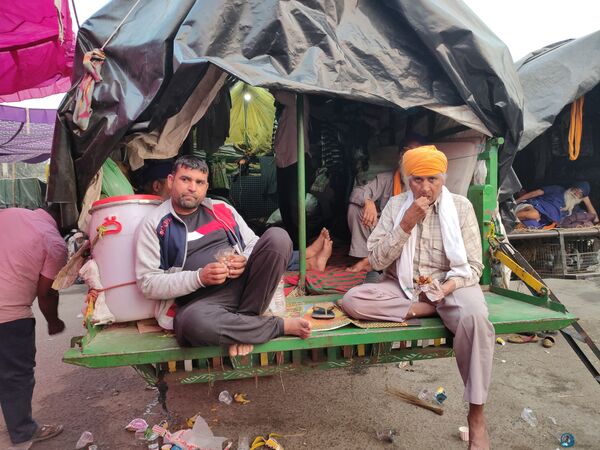 Amanpreet, who has come from Punjab's Jalandhar city, said, "I am studying in 9th standard. I have joined 15 members of my family on the tractor and I regularly attend classes while being an active part of the protests," the schoolboy said adding that they won't move until the three agricultural laws are rescinded.

​There are many students like Amanpreet present at the border along with their protesting families. They attend classes and participate in the protest. They also contribute their services at the community kitchen to serve meals to the protesters.

Security Force Beefed up at Borders

The Delhi Police has beefed up security in the area and have erected several more layer of barricading.

Delhi Police Commissioner Alok Kumar Verma is keeping a close eye on law and order as protesting farmers have threatened to enter the national capital.

The laws allow farmers to sell their produce at places apart from their designated APMC market. They also aim to allow contract farming under which they can enter into supply agreements with private firms for remunerative and set prices.

However, the farmers believe the new farm laws would pave the way for stopping the minimum support price system (MSP), leaving them at the mercy of big corporates.