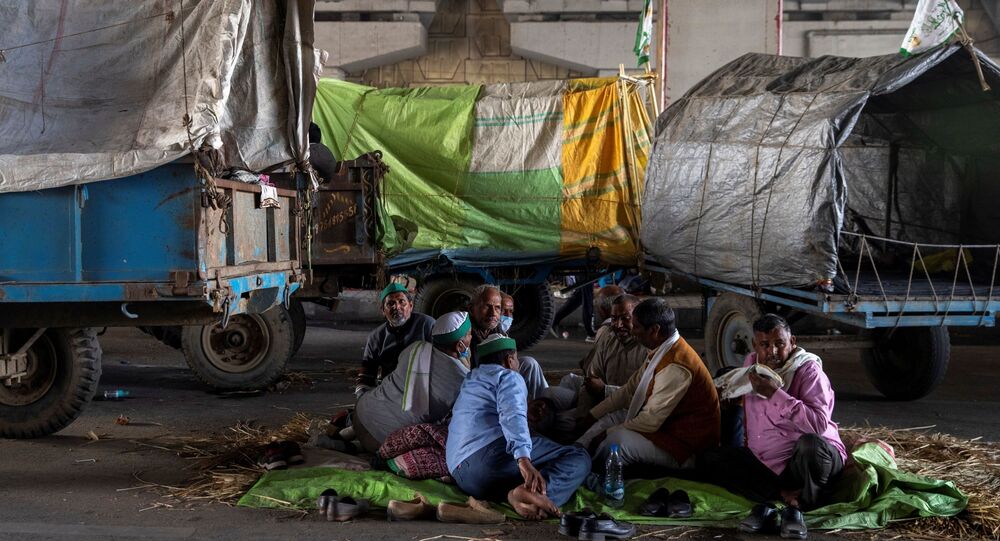 With farmers continuing their protest on the outskirts of the national capital against recently passed laws related to agriculture by the Prime Minister Narendra Modi-led government, many roads in Haryana and Uttar Pradesh states connecting Delhi have been closed.

Ahead of a meeting of farmer leaders with the Indian government on Thursday afternoon, some farmer groups threatened to stop the supply of milk, fruits, and vegetables to the national capital New Delhi if their demands were not accepted.

On a daily basis, tonnes of essential commodities reach the Delhi markets from states of Haryana and Uttar Pradesh. However, if the supply is stopped, prices of these items will go up and make life difficult for the city dwellers already hit by the pandemic and inflation.

A large number of farmers from different states are already demonstrating on Delhi's borders.

"All the Khap representatives have conducted a door-door meeting to apprise people about these laws. Thousands of people with large groups of tractor-trolleys will be heading to the borders area and move inside the national capital", Sheokand said.

He also claimed people, supplying essential commodities like milk and vegetables on a large scale, have agreed to stop the supply, which will harm a lot of people in the national capital.

Mostly of the wholesale supply in the Indian capital has taken a hit, with hundreds of trucks not being able to enter the city.

According to the Azadpur Agriculture Produce Market Committee (APMC), the supply has dropped by 50-60% in the last four to five days, with trucks from Punjab and Haryana unable to reach the market.

“We usually get 2,000-3,000 trucks in the market. But the number of trucks arriving has been cut short. The supply has been affected by 50-60% in the past few days and will be impacted further if the protest is not called off. The government should talk to the farmers and find a solution", Aadil Ahmad Khan, chairman of Azadpur APMC, told Sputnik on Thursday.

He further mentioned that if this continues, prices would be affected.

Other Groups Lending Support to Farmers’ Cause

Earlier this week, the Khap Community organisations in Haryana and Punjab along with Taxi and Transport unions extended their support to the farmers.

Another farmer leader told Sputnik that the government's attempts to divide them have been foiled.

"We want the Centre to repeal the farm laws, rollback decision to impose a fine of INR 10 million on farmers for stubble burning and the new electricity bill", Dharshan Pal, the president of All India Kisan (farmers) Coordination Committee (AIKCC), said.

He further mentioned staging larger protests in line against the crony capitalists who are aspiring to acquire their land.

Many sportspersons and former soldiers have also come out in support of famers and decided to return their awards against these farm laws.

Pal mentioned that people linked to agriculture will continue to raise their voice in this ongoing fight even if those sitting in power (government officials or politicians) carry on explaining the advantages of these laws.

However, the farmers believe the new farm laws would pave the way for the dismantling of the minimum support price system (MSP), leaving them at the mercy of big corporates.